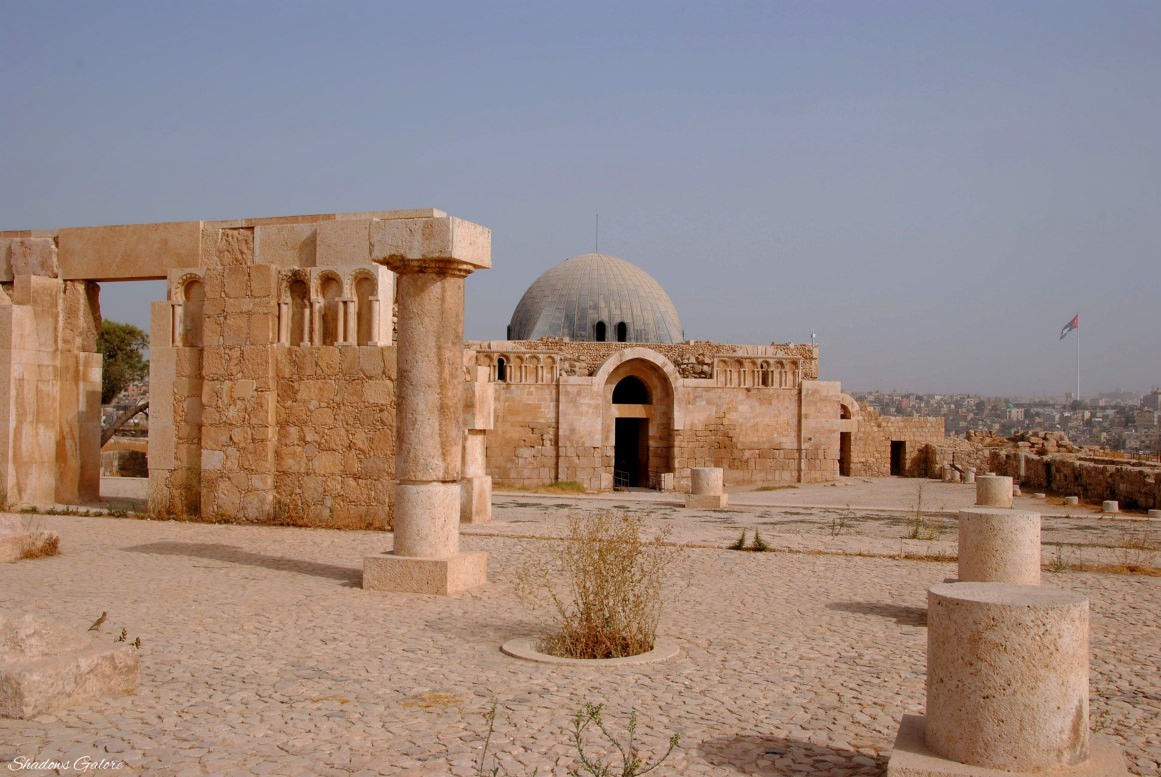 After an eventful first evening in Amman, I woke up next morning to start the historical tour of Jordan. Our first destination was the Amman Citadel, a 3000 year old piece of history in downtown Amman.

We started from the hotel at 8 AM and after a short drive, reached the site up the jebel. As Waleed went to get our entry tickets, we enjoyed the panoramic view of Amman from across the Al-Malek Ali bin al-Hussein Street. We could see houses and buildings lined up close to each other in the morning light of what was going to be a very hot day.

Built on an L shaped hill in Downtown Amman, the Jebel -al-Qala’a or Amman Citadel, as it is commonly known as, traces the first signs of human settlement to the Bronze Age. Built and rebuilt many times, it has been a fort and marketplace and carries the imprints of its various masters across centuries.  Through its history, it was held by Assyrians, Babylonians, Persians, Greeks, Romans and Muslims. The Bible records that King David captured the city in the early 10th century BC; Uriah the Hittite on its battlements while leading an army in a battle. The Greeks conquered it in 331 BC and named it Philadelphia, meaning brotherly love. The citadel became Roman in 30 BC and the Temple of Hercules is an important relic of that period. The Ummayads built a palace in the citadel at around 720 AD. Its importance declined after the 13the century and the Watch Tower erected by the Ayyubid rulers was perhaps the last significant addition to the complex before it was eventually abandoned by the Mamluks.

The first thing we noticed upon entering the Citadel were three plaques narrating the history of Amman. Known by various names like Rabboth Ammon and Philadelphia, Amman has a history dating back to 5500 BC and it shows in its rich architectural heritage. As one walks in the complex, one can see structures from different era which have tumbled down to ruins now. It puts one in awe to think how this place would have looked at the zenith of its glory.

To the left, there is a viewing point from where we could see the Roman Theater located inside the city. It was still dusty due to the storm, making visibility poor and everything take hues of pale brown but the theatre had a look of majesty about itself. 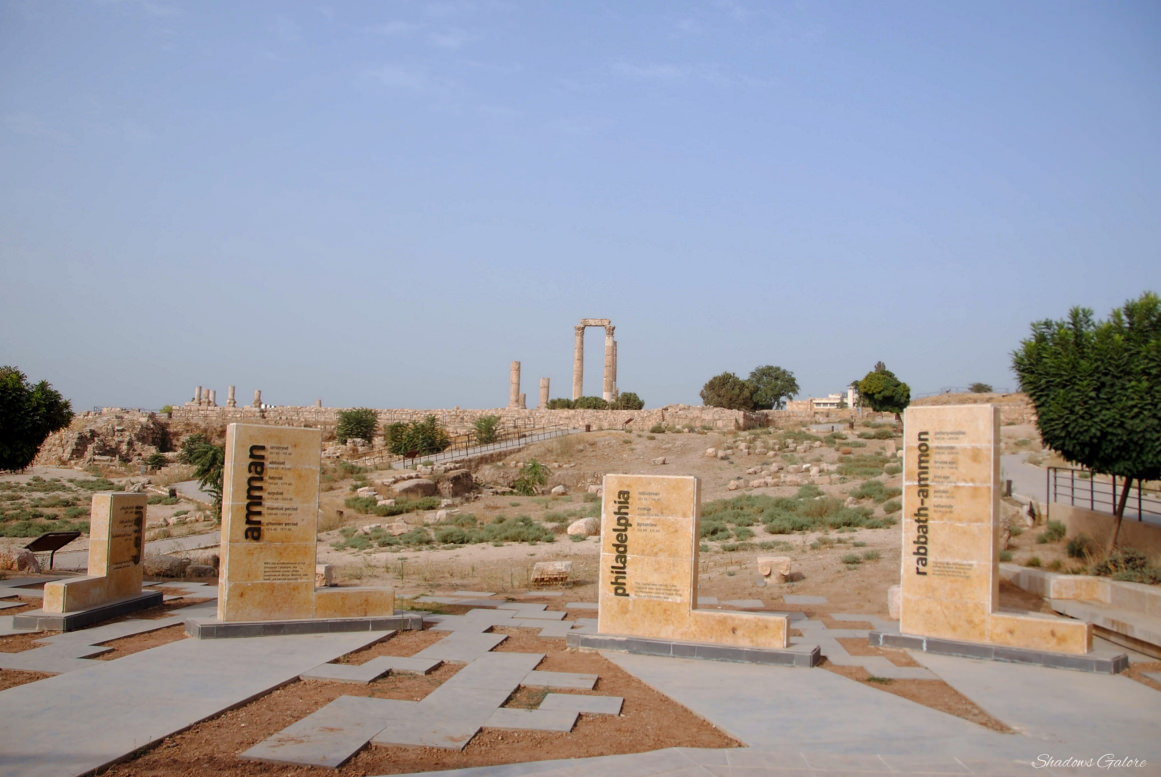 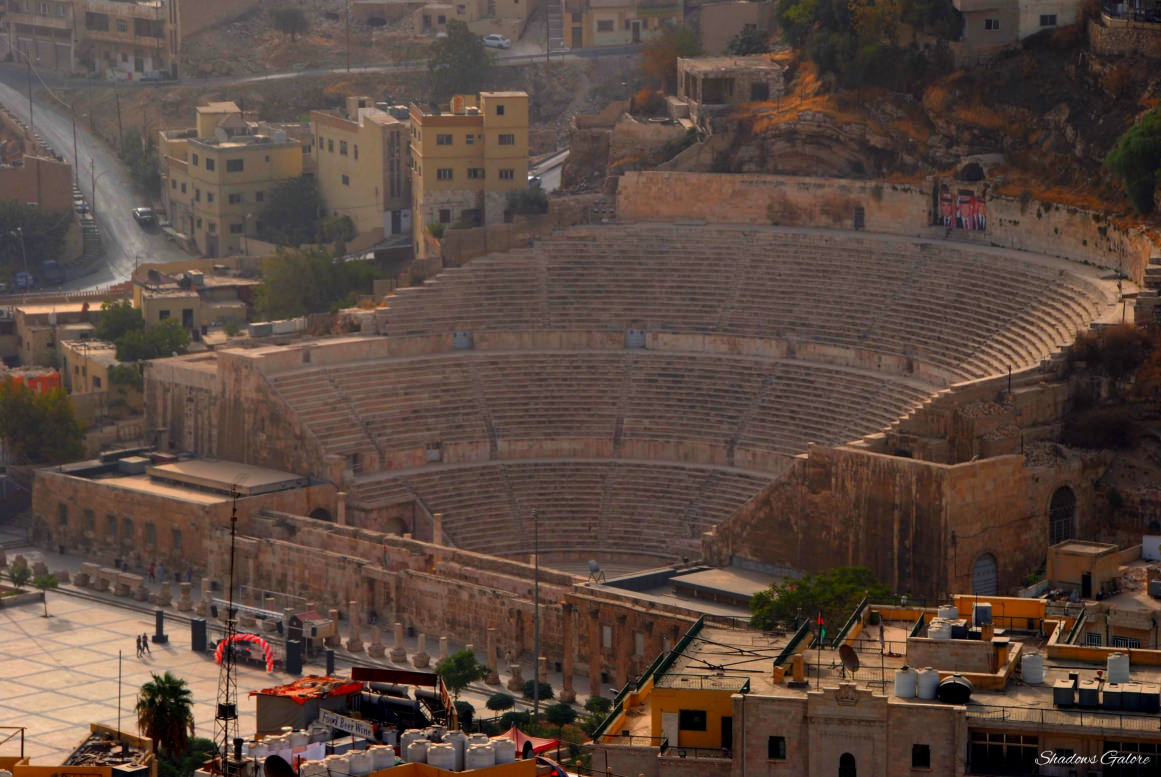 Further inside, we first came across the Roman Temple of Hercules, one of the most significant structures at the Citadel. The remains contain the pillars of the once majestic temple. All one can see now is a huge marble hand of Hercules, a piece of what would have been a gigantic statue. As per the inscription at the site, the temple was built during the reign of the Roman Emperor Marcus Aurelius (AD 161–80) and was larger than any temple in Rome itself.

Just opposite to the Temple is the National Archaeological Museum which boasts of an impressive collection of antiques from all over Jordan, including pottery, sculptures and instruments dating back the Roman period. One of the human figures in said to be the face which was the inspiration behind Michael Jackson’s nose. 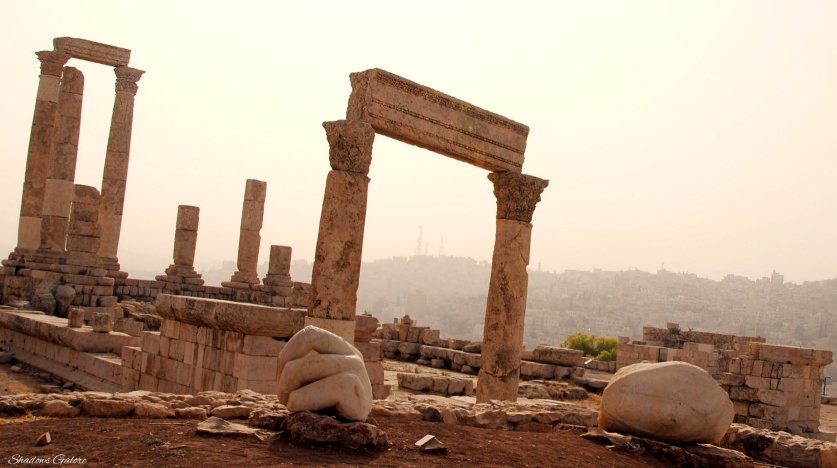 Behind the museum, is a most beautiful domed structure called the Ummayad Palace. The Palace, known in Arabic as al-Qasr, was built during the Umayyad period (AD 661-750).  It was probably used as a seat of government or the luxurious living quarters of the Umayyad Emirs.

The Byzantine basilica was constructed in the 5th-6th centuries AD but most of it was destroyed in an earth quake in 789 AD. Once a beautiful church, what remains are just columns overlooking the Ummayad Palace. Remains of existing Roman ruins were reused in the construction of this palace and the interiors were decorated with intricate stone and plaster work. There is  a Byzantine church to its side which is equally impressive in its appearance. The attractions also include the Ayyubid Watch Tower, Umayyad water Cisterns and many caves located around the site. 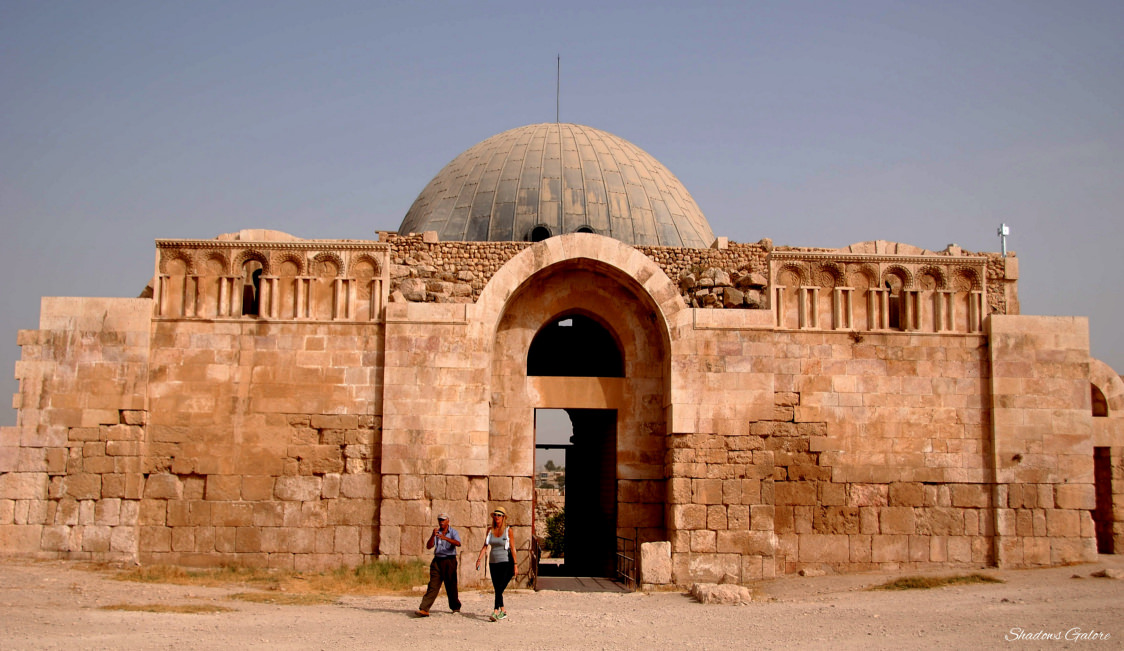 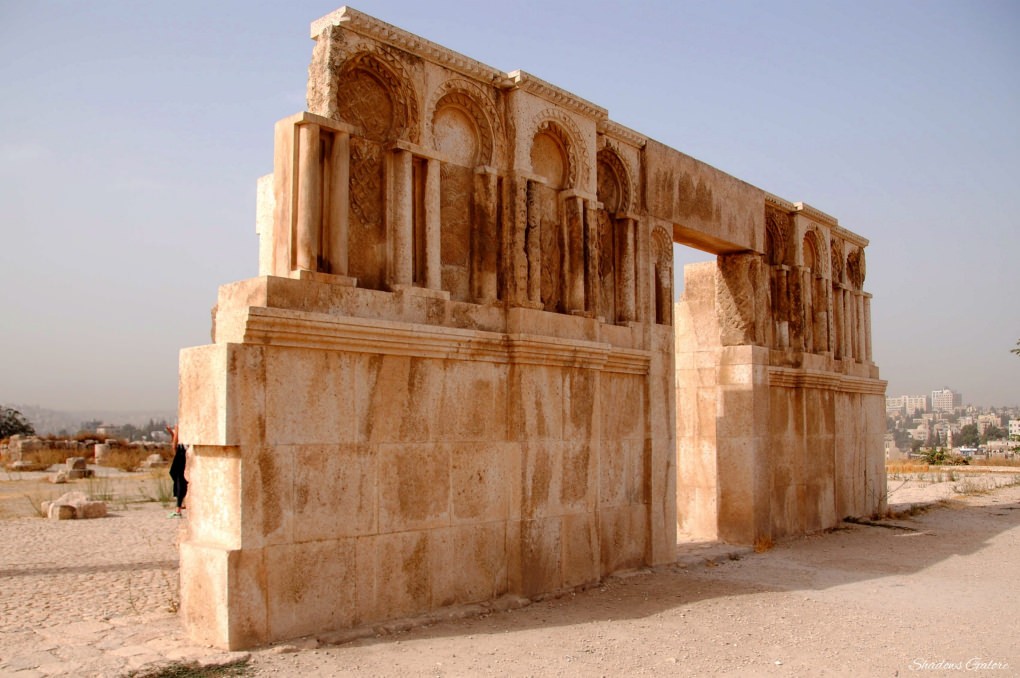 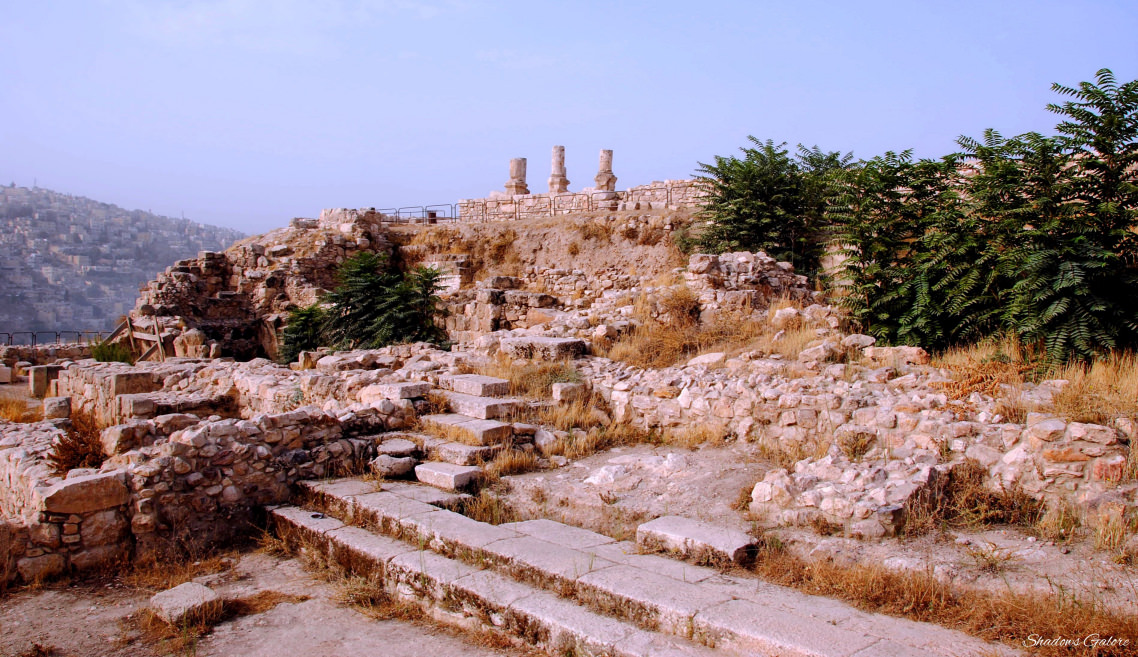 Our next destination was the ancient Roman theatre, a famous landmark located at the heart of Amman. Living up to its name, the theatre was organizing a music concert in the outer compound and was buzzing with music and joyous youth. The Roman Theatre, built in the same period as the Temple of Hercules, could seat 6000 people at a time. Carved into the northern side of a hill, the theatre was divided into three diazomata (horizontal divisions) – the one closest to the stage was for the royalty, the middle one for the military and the farthest section for the general public. A small shrine on the top row housed a shire dedicated to Goddess Athena. Built against the mountain to keep the sun away from performers, the theatre was made in such a way that even the people at the farthest rows could hear everything that went on the stage. The rooms behind the Paradoi (side entrance) are now the Jordanian Museum of Popular Traditions on one side and Amman Folklore Museum on the other. 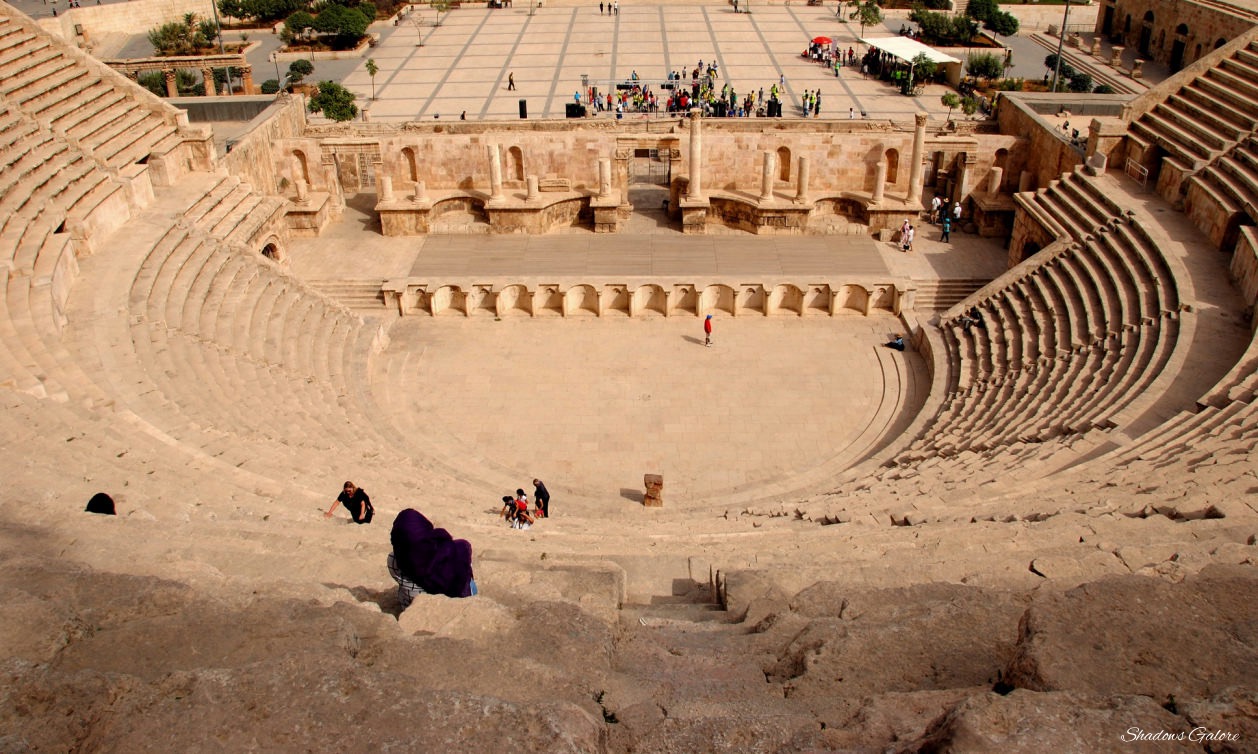 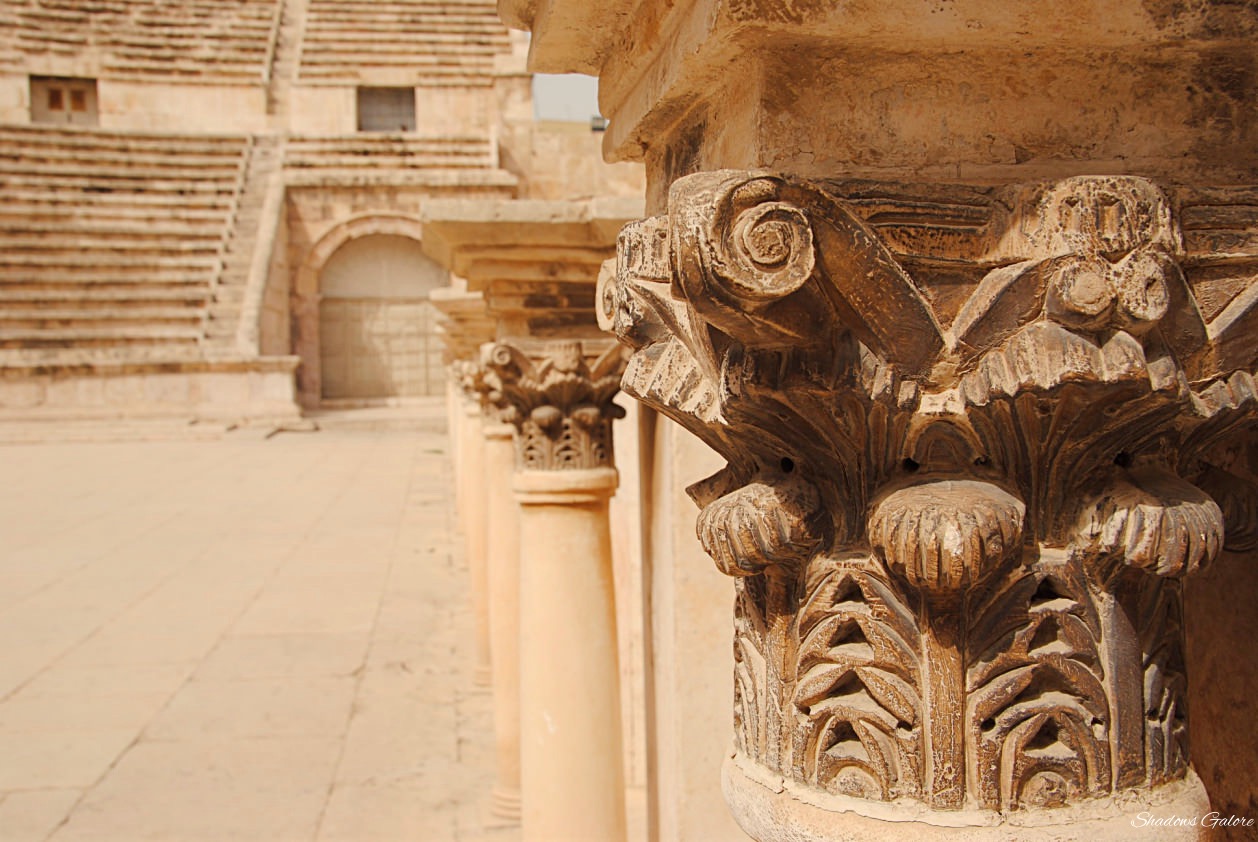 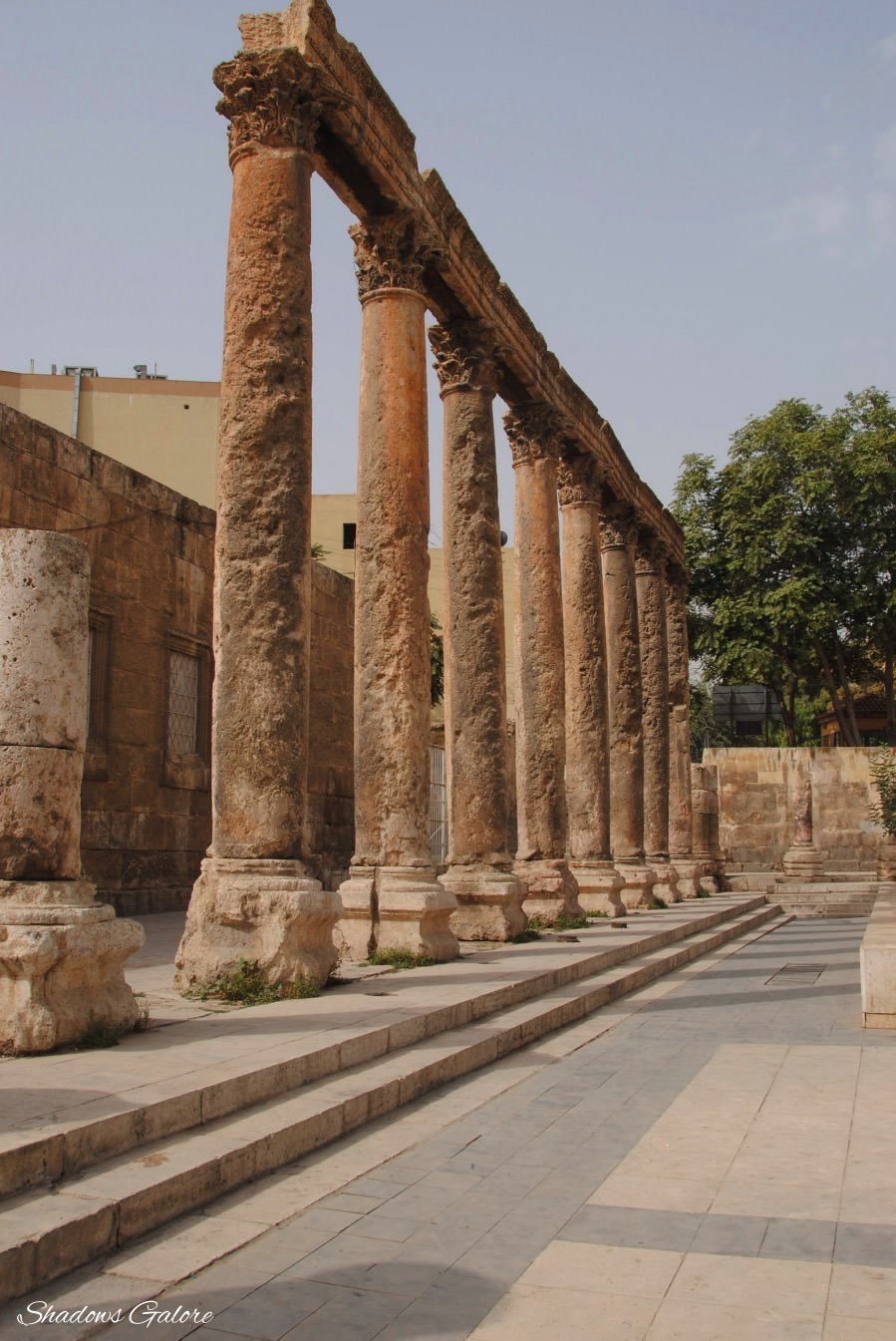 After having a glimpse through Jordan’s history, we moved on to our next sites Jerash and Ajloun Castle in northern part of Jordan. Two historically and architecturally rich sites still unknown to the world.
← Prev Next →