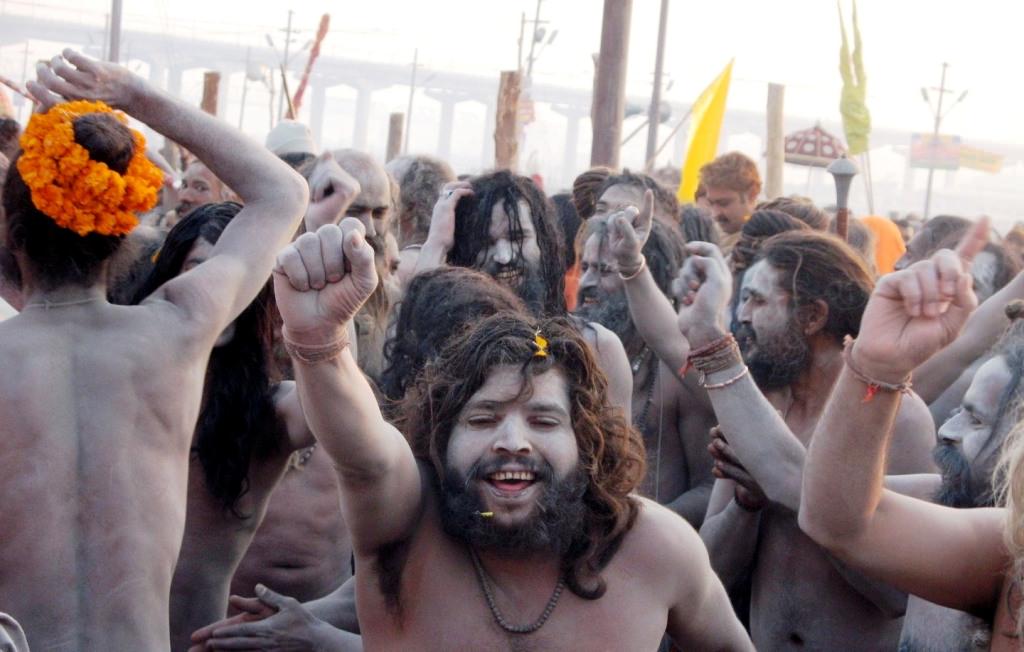 “It is wonderful, the power of a faith like that, that can make multitudes upon multitudes of the old and weak and the young and frail enter without hesitation or complaint upon such incredible journeys and endure the resultant miseries without repining. It is done in love, or it is done in fear; I do not know which it is. No matter what the impulse is, the act born of it is beyond imagination, marvelous to our kind of people, the cold whites.”

Mahakumbh- the largest religious gathering of mankind in the world has started in Prayaag (Allahabad), India from January 14th, 2013 and will continue for next 55 days, drawing a staggering 80 million people to the banks of the Ganges. On the first day alone, an estimated 8 million took bath in the holy river to get cleanse themselves of all their sins of past.

Prayag or Allahabad is one of the oldest cities in India, finding mention in Mahabharata. Located on the holy confluence of Ganga, Yamuna and the now extinct Saraswati, this city hosts the Mahakumbh every 12 year and Ardha Kumbh every 6 year. This city lies on the main railway route between Delhi and Kolkata and is connected to major cities of Uttar Pradesh by road. Although Allahabad has a small domestic airport, Lucknow is the nearest major International Airport with better connectivity and flights. Air India connects Allahabad to some major cities and Air India online booking is available. Other airlines like Indigo Airline fly to Lucknow. Needless to say, be it a confirmed rail ticket or cheap air tickets, one need to plan in advance. Same goes for Hotel / Guesthouse bookings.

Kumbh, in the Hindu Mythology is associated with the Samudra Manthan. When the pot of elixir (Amrit Kumbh) came out from the churning of the sea, a fight ensued between the gods and the demons for the possession of this pot. To stop the war, Lord Vishnu took the form of Mohini and fled with the pot. During his flight, four drops of elixir fell on four places – Prayag, Ujjain, Haridwar and Nashik. It is at these places, that the Kumbh Mela has been organized for centuries, going as far as 600 AD as per the accounts of the Chinese traveler Huan Tsang. A ritualistic purification, it is an occasion when Ganges rinses away people’s sins and gives them another chance at life. For an outsider it may sound strange, but you need to have your heart at the right place to understand the enigma, that is, India. Kumbh is a gigantic manifestation of all the eccentricity and method which makes India the incredible country which it is. 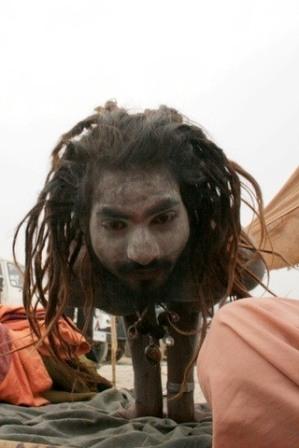 Kumbh is a vivid celebration of the incredible sea of humanity, which is India. People from all races, regions, linguistic and cultural sects of India flock to the ghats of Prayag not in hundreds and thousands but millions. Pilgrims, spectators, hawkers, Gurus, sadhus and every other conceivable specimen of Indians flock together in perhaps the oldest festival of recorded history. The most famous and interesting aspect of the Kumbh are the Naga Sadhus or sages who have renounced every worldly possession, come down from the Himalayas and their respective akhadas all over the country. During an event which is known as the “Shahi Snan” (Royal Bath), armies of these Sadhus smeared in ash (symbolizing destruction and regeneration) arrive in colorful processions accompanied by elephants, horses, camels and chariots, brandishing swords and tridents, and march into Ganga to take the holy plunge. The experience can be most simply put as electrifying.

In 2013, this spectacle goes on for till the end of the festival by the time the steps of the ghats in Prayag will have witnessed up to 100 million of footfalls. This year’s Kumbh is also special because of the unique planetary position which will repeat themselves only after 144 years. That means none of us present at this time will witness the next Kumbh of such proportions again. Does that give enough reasons to you to make a visit?

Are you in the Kumbh Mela this year? Would you like to share your stories and photographs with our readers ? We will eagerly wait for you.