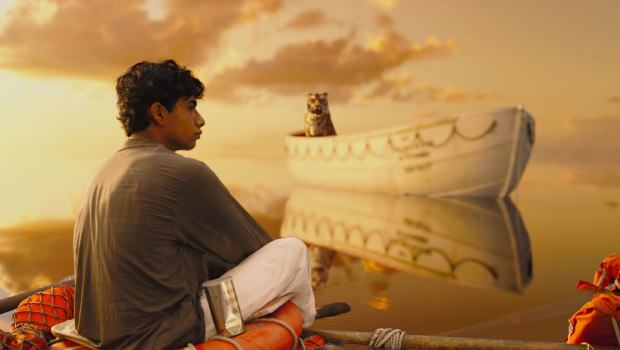 ‘Life of Pi’ starring Suraj Sharma, Irfan Khan and Tabu and  directed by Aag Lee is based on a Man Booker Prize winning book with the same name by Yann Martel. This film tells the incredible story of Pi, stranded on a lifeboat after a shipwreck, with only a Royal Bengal Tiger for company.

The film starts with an older Pi Patel sharing his story with a writer, recounting his childhood days in a zoo in Pondicherry owned by his father. As the family tries to relocate to Canada with their animals, disaster strikes. Pi is the only survivor of the storm that wrecks their ship and is stranded in the middle of the Pacific ocean, sharing his lifeboat with a Zebra, Orangutan, Hynea and a Tiger named Richard Parker. Very soon, only Pi and the Tiger are left on the life boat and the rest of the film tells of their epic journey across the high seas and self discovery. 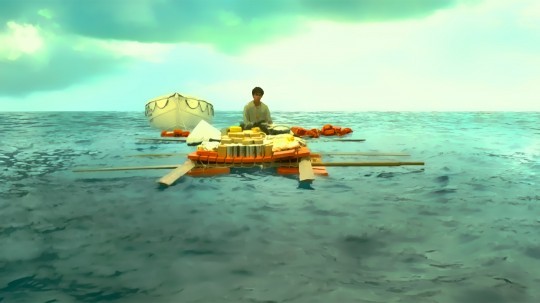 Life of Pi is not just a survival film, it is a spiritual voyage into rediscovering self and God. As the narrative unfolds after the shipwreck, you take a leap of faith into the vast seas with an adolescent Pi Patel and Richard Parker. The film is not fast paced; in a laid back manner it draws the viewers towards it and then settles them down in the same boat as Pi and Tiger. Together the audience watches fascinatingly as the boy and the tiger fight their own respective battles with loneliness and hunger and a midst all the hopelessness, forge a precious bond with each other. The emotions have been given a feather touch and the film has a philosophy of its own. The Director leaves it to the viewer to interpret things according to his own spiritual leanings. Recreating a book into a film is always a difficult task, the director should be appreciated for the efforts taken. 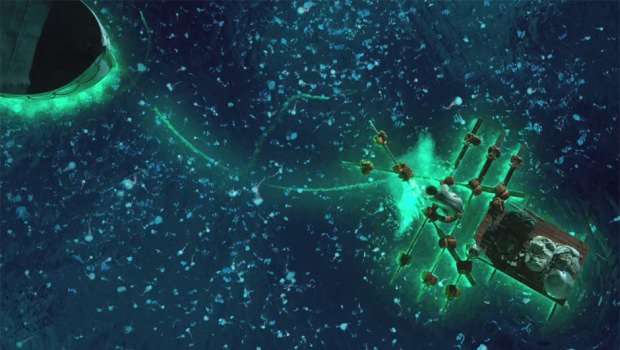 Ang Lee has created a masterpiece and I guess he knew it already while he was shooting the film. Life of Pi is a treat for the eyes and the soul. The visuals are breathtakingly beautiful and combined with the soothing background music, they manage to blur the difference between the surreal and reality; or the divine and earthly. There will be images from the film which will stay with you much after you have left the theater. Be it the Giant whale, the sea illuminated under the sky, the flying fish or the living island, one needs to see the spectacles to believe them.

Performances are strong. Irfan Khan and Tabu shine in their small roles. But it is Suraj Sharma who stands apart with a stellar performance as the adolescent Pi. My raving about performances will not be complete without mentioning the punch that Richard Parked has packed in his role. I hope the Tiger was real and not a CGI because he has given expressions which fables are made of.

Verdict: Watch this film to feel that your day was well spent. Life of Pi is the Zen of Cinema, watch it in its full 3 dimensional glory.