Once the heart of the mighty British Empire, London continues to be one of the most important cities of the world. Inhabited since the 2nd Century AD, this city is a living museum of the Human history of the last two millenniums. Naturally, such an old city has its own share of barren alleys, old houses and fascinating tales of the paranormal. So much so, that London has been quite (in) famous as one of the most haunted capitals of the world. So it won’t be a surprise to suggest that you try a trip into the Twilight zone of London.

Living in London is not cheap and if you are a traveler coming from outside, booking a hostel will be a good idea for a clean and economical accommodation. You would be good buying a map of the city and know about the underground railway system and the bus services. So dump your bag in the locker room of your hostel, take your map, some cash, a torch, a solid heart and hit the streets. We shall try the places where angels fear to tread in the night; we of course go there during the day. 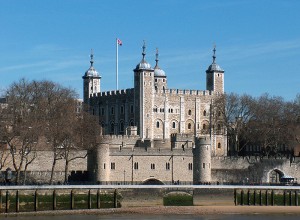 The Tower of London has dominated the landscape of London since 1078 AD as a silent witness to centuries of intrigue, politics and bloodshed. Starting as a castle in the Norman period, the tower has served as a royal court and palace, garrison, armory, prison, execution grounds and even torture chambers. Due to its violent history, in the medieval period, the tower became a symbol of oppression for the Londoners and remained much despised. Some of the violence seems to have seeped into the very foundation of this monument, traces of which make themselves evident from time to time. It was here in the galleries of the tower that Henry VIII had his wife Anne Boylene incapacitated. It is said that her ghost can be seen walking through those very galleries on the anniversary of her execution, her head under her arm. Other high profile ghosts who frequent the tower are of Henry VI, Lady Jane Grey (executed during the Wyatt’s rebellion), Margret Pole (who was literally chased and hacked to death) and the two Princes who were murdered in the tower only to be exhumed nearly three centuries later and whose whimpering figures have been sighted, clutching each other in terror.

Reputed as the most haunted house in London, this house is located in the Berkeley Square in Central London. Built in the 18th Century, this four storied building has been the residence of Lord Canning, the Prime Minister of Britain from 1770-1829. There are stories of the sighting of the ghost of a housemaid who committed suicide by jumping off the top floor of this building after being abused by her uncle. She seems to be a disturbed soul and has been rumored to be able to frighten people to death. The sightings were first reported by Lord Canning himself who was much ruffled by strange noises and psychic phenomenon.  Mr. Myers who owned the house later used to lock himself in the room where the ill-fated girl lived, he slowly went mad. After his death, even his ghost has been reportedly sighted. Due to its reputation, the house has long attracted adventure seekers who took the challenge to stay there. The list includes a maid who stayed in the attic, several noblemen and a group of sailors from HMS Penelope. Many of them were found dead, or paralyzed by fear. 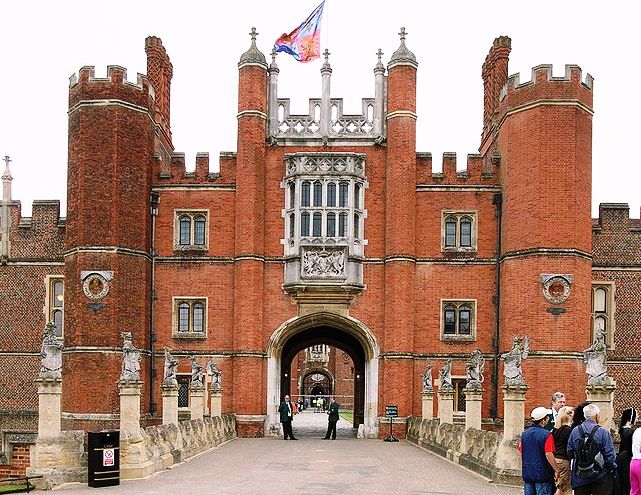 Hampton Court Palace is an unoccupied royal residence in the London Borough of Richmond upon Thames, Greater London. Originally built of Cardinal Thomas Wolsey, the palace was acquired by the King when the abbot fell from his favor. This building is said to be haunted by the ghost of Catherine Howard who has been reported to be screaming and crying in the “Haunted Gallery”. Jane Seymour, another of the ill fated wives of Henry VIII has appeared holding a candle on the birth anniversary of her son Edward VI and silently walks towards his bedroom. Henry VIII himself has been sighted in the corridors of this palace and Sybil Penn, Edward VI’s nurse who died of smallpox has been another paranormal resident. 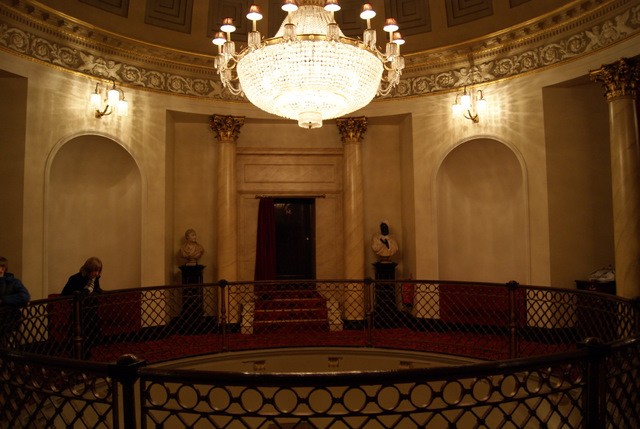 Dating back to 1663, Theatre Royal, Druary Lane has often been called world’s most haunted theatre because of quite a number of ghosts who make regular appearances here.  The most famous of these guests from the other world us the legendary ‘Man in Grey’, a man dressed in the fashion of the 18th Century, powdered hair, a hat, dress jacket, cloak, riding boots and  carrying a sword. Stories say that the ghost is of a man who was stabbed in the theatre and buried in its walls, the remains of whom were found in a walled up passage in 1848. The ghosts of some actors like Joe Grimaldi and Charles Macklin are also said to haunt the theatre. Macklin appears near the same spot where he killed fellow actor Thomas Hallam over an argument. Joe Grimaldi has been guiding nervous actors on more than one occasion. It seems they could never let go of their favorite workplace even in their afterlife.

Located in the Royal Borough of Greenwich, South East London, Eltham Palace is an unoccupied Royal residence dating back to the 14th century when it was given to King Edward II by the Bishop of Durham. It was used as a royal residence between the 14th and 16th century and was said to be the favorite of Edward III. The palace is said to be haunted by the ghost of a former staff member who died a week before retiring. A man matching his description has even been said to have given a guided tour to visitors when the site was empty. So even if you don’t manage to sight the ghost, you will at least see elegant Art Deco entrance hall, gold plated bathroom and the family lemur’s sleeping quarters(!). 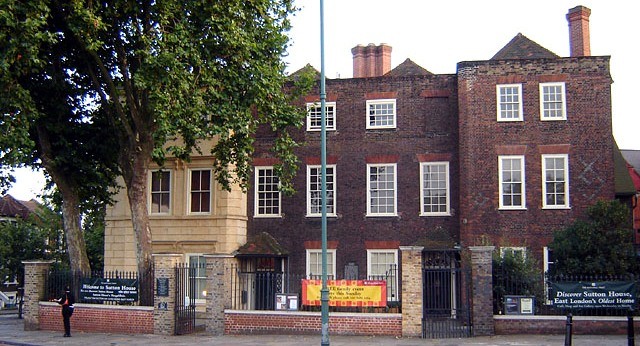 Sutton house is a Tudor manor located in the Homerton High Street, London. Built in 1535 by Sir Ralph Sadler, one of Henry VIII’s Privy Councilors, this is the oldest residential building in Hackney. The place has been home to people from all walks of urban gentry and has even housed a boy’s school in the 19th Century. Today it is used as a museum and art gallery as well as a café and book shop.  The house has been rumored to have been a center of paranormal activities. Dogs, thought to belong to John Machell, have been heard wailing at nights. These dogs can be seen at the coat of arms of Machell’s family.  Whenever dogs are brought to this mansion, they stop frigid at the staircase and refuse to move ahead. A ‘human’ apparition seen here is called the White Lady, said to be the wife of John Machell Junior who died in childbirth in 1574. Her shimmering figure seems to glide through the corridors of the building. People who have stayed in this place have regularly complained of seeing a lady in a blue dress, nightly disturbances like sudden drop in temperature, doors that open at their own, shaking beds.

If you have been to all this places and still no luck, then try the London Underground. The oldest in the world, it is also said to have its own fair share of the the famous London hauntings. 🙂