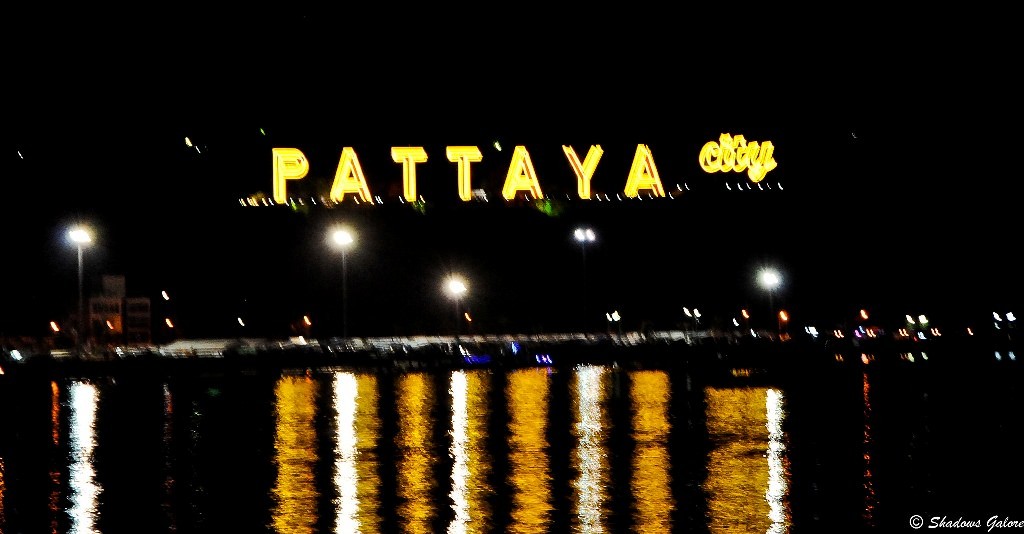 “If you are going to be offended by the sight of fat old men hand in hand with young Thai women, then Pattaya is probably not the place for you.”

This is what someone had said about Pattaya. Well, about the arm candy stuff, I could not agree more; it does look gross. Probably the first thing which came to my mind while roaming the streets of Pattaya was that it was the city of Nirvana for loser gringos with a fat wallet. But then, that’s just one side of it. 🙂

From a sleepy village by the sea in the late 1950s, Pattaya has graduated to become one of the most (in)famous tourist destinations of the world, and with good reasons. Today Pattaya is not only famous for its beautiful beaches but more so for its nightlife, pubs, go-go bars and adventure sports and various other adventures which would rather be brushed under the carpet in this blog. In short, if something is your idea of fun, name it and thou shalt have it in Pattaya.

Anyway, coming back to our journey; well I was running a high fever and cursing myself for getting sick. This ruined most of my evening in Bangkok and all I managed to see was an Airport and the Nana Plaza. Next morning when I was bit better, we left for Pattaya to make things rosier. So we boarded a bus from the Suvarnabhumi Airport in Bangkok and after a journey of fewer than 2 hours, reached North Pattaya. Our hotel was just off the Beach Road on Soi 3 (Street 3). The whole area was dotted with food joints and shops will billboards advertising all kinds of massage. But strangely, the city seemed deserted, shops were closed and we had to walk a long way to get the lunch. It was only later than we came to know that Pattaya wakes up only when the sun sets. 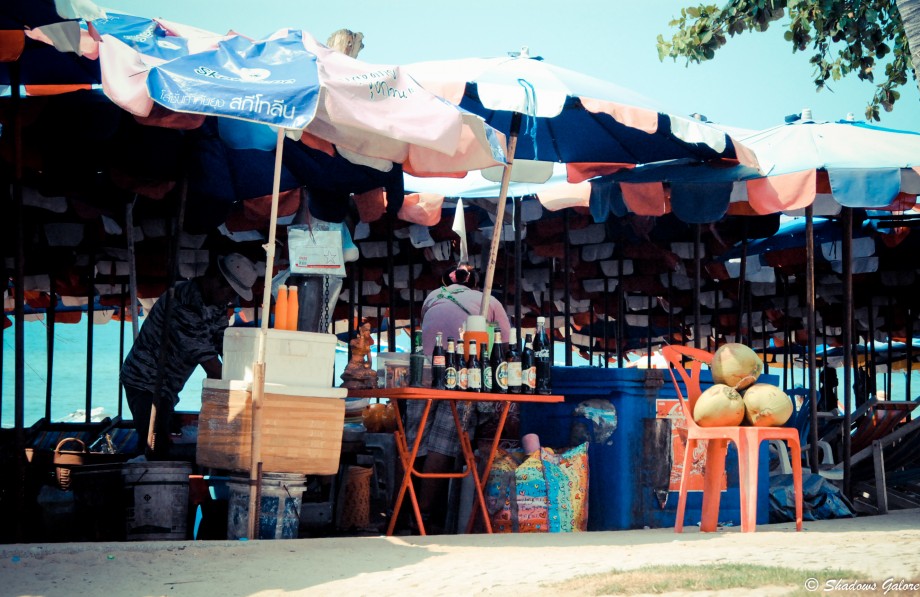 So after freshening up, we decided to take a stroll on the Beach Road. Even though it was January, the weather was quite warm and the sun was unforgiving. The beach was very crowded with every inch of taken over by shacks, beach benches with umbrellas and foreign tourists trying to get the same tan which we keep trying to get rid of.

Pattaya beach is lovely. The sea is not rough and you can swim in calm waters. Once you stand there facing the Andaman Sea, you can see some islands at a distance, the Pattaya skyline on the right and a hillock on the distant left with “Pattaya City” on it in the Hollywood style. And in your immediate front, you can have an eyeful of mermaids with legs in costumes which will delight you in an instant. Needless to say, I was loving it. 🙂

The Beach Road can be considered the lifeline of tourism in Pattaya (Map here). It runs along the beach from North Pattaya Road to and extends to the famous Walking Street. A number of streets (Soi as they call those in Thai) join the beach road and the Second Road thus creating several rectangular residential blocks. Each Soi has a character of its own and this character comes alive as the night sets in and the neon lights are on.

After a stroll along the beach, I was feeling very tired so decided to go back to the hotel and take some rest. Came back, took some tablets and slept off a good 3-4 hours. When I woke up, it was still sunny as the sun sets a bit late in those parts of the world, typically after 7:00 PM. I wasn’t feeling well yet and especially the feet were very sore after days of walking. So decided to have a foot massage. Went down the street and entered the first massage centre which was looking decent. The masseur was a cheerful matronly woman. She sounded very concerned that I had a fever and not seeing a doctor and gave me a long lecture on how reckless the young generation is. Although in the starting I felt a bit awkward in letting an elder touch my feet, soon gave way to the relaxation. She massaged my feet for more than 1.5 hours and let me tell you, when I got up, it was as if I had been given new legs. The cost to Wallet = 200 Baht or INR 300! I somehow felt that they are grossly underpaid. Anyway bid the lady a grateful goodbye and caught a Songthew (a pickup-truck modelled to accommodate passengers) and went to meet my friends in the Walking Street. 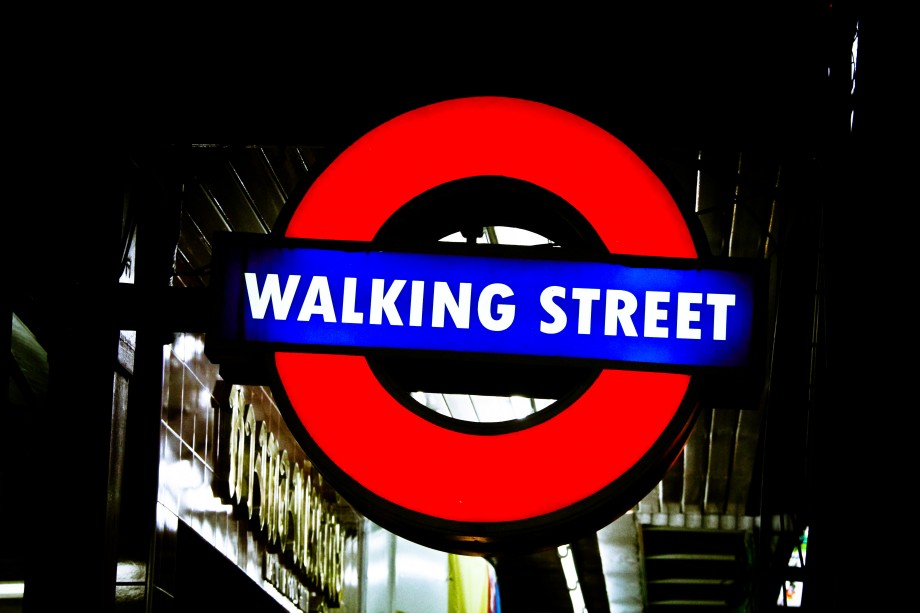 If the Beach Road is the life line of Pattaya then the Walking Street is the soul of this spirited city. As Wikitravel says, it should have been named, “Walking, Shopping, Eating, Drinking, Dancing and Ogling Street”. Dozens of Beer bars, Go-Go bars and Restaurants all crammed in one street, its a delight to be here in the night. My first reaction was. “OMIGOD!!! Where am I???” It was late evening and the place was crowded to the hilt and never in my life I had liked being in the crowd so much! It was a lovely crowd. Other than fat, middle aged white men with their arm candies there was everything which would interest a people watcher. People from all the races and nationalities of the world, beautiful women, acrobats, street artists, rock bands playing in the balconies of buildings and the reverberations of music seeping into the nerves…. it was intoxicating! There are so many other sights which it wont be proper to mention in this blog, please go there and see them for yourself 😛 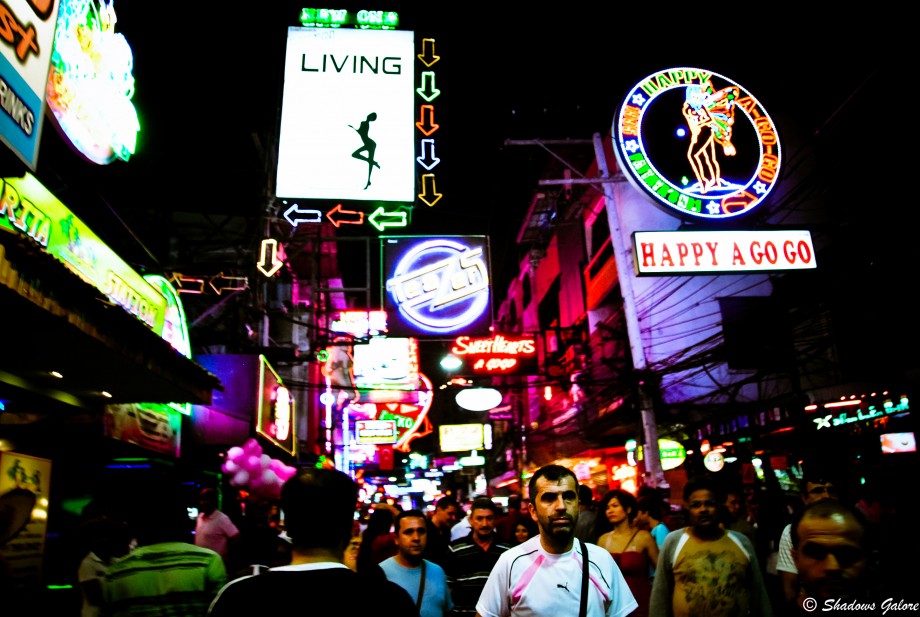 The walkers of the Walking Street 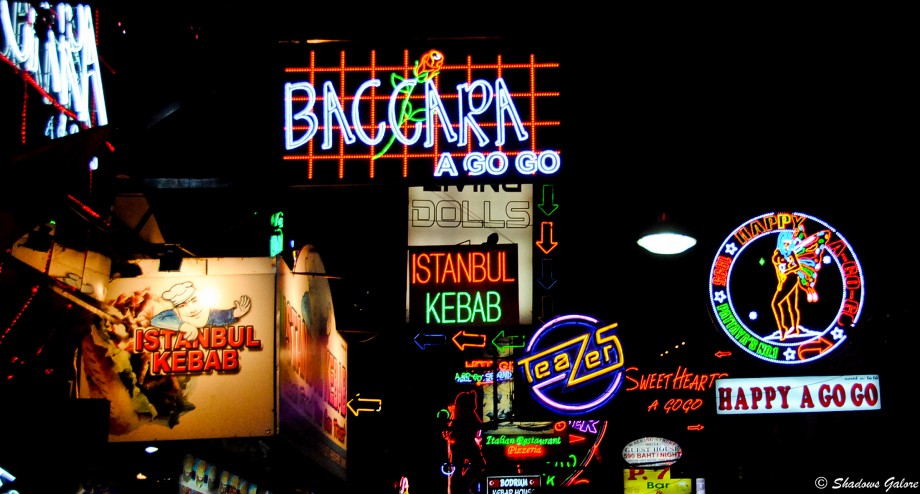 We stayed in the Walking Street till 3:00 AM. Went to a couple of Go-Go bars but got bored very fast and came out on the street where all the action was. Went to a “Europian Club” which was less boring and spend a lot of time there. Started chatting with a lady who used to be a dancer in the club. She introduced herself as Maria, from Belarus and was visibly happy hearing we were from India. Apparently, her favourite actor was ..err .. Mithun Chakravarty and she immediately started singing the song, “Jimmy Jimmy Jimmy, aja aja aja …”. Kya baat! Kya baat! 😛 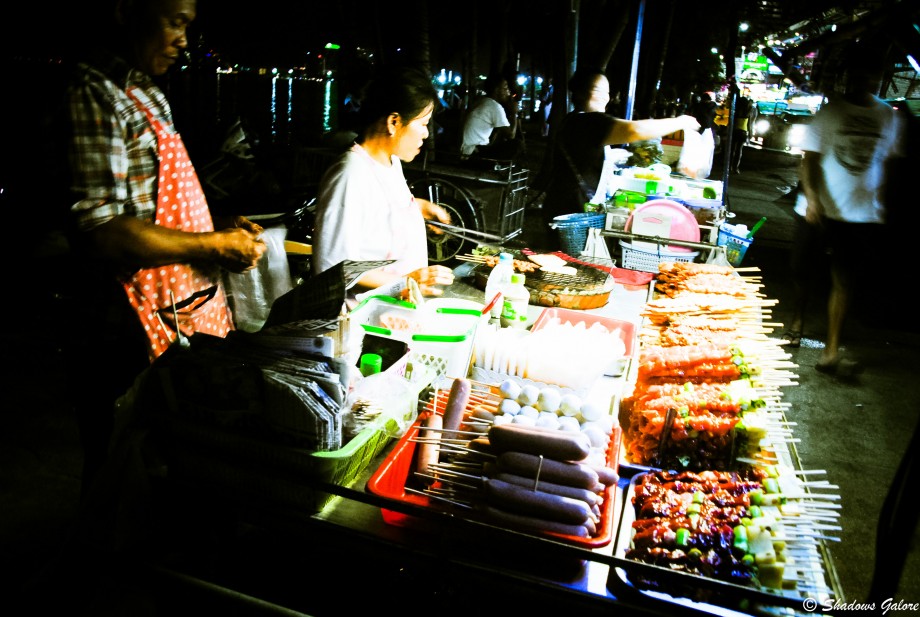 Although we had some “exotic” street food off the roadside stalls, we were hungry by 2:00 AM. Our attention was drawn towards Punjabi music blaring from loudspeakers and behold! There was an Indian restaurant there! Made ourselves comfortable on the couch with some hukkah and biryani and ate leisurely for 1 hour. I must say, its a bit difficult to have dinner in the early morning 😀 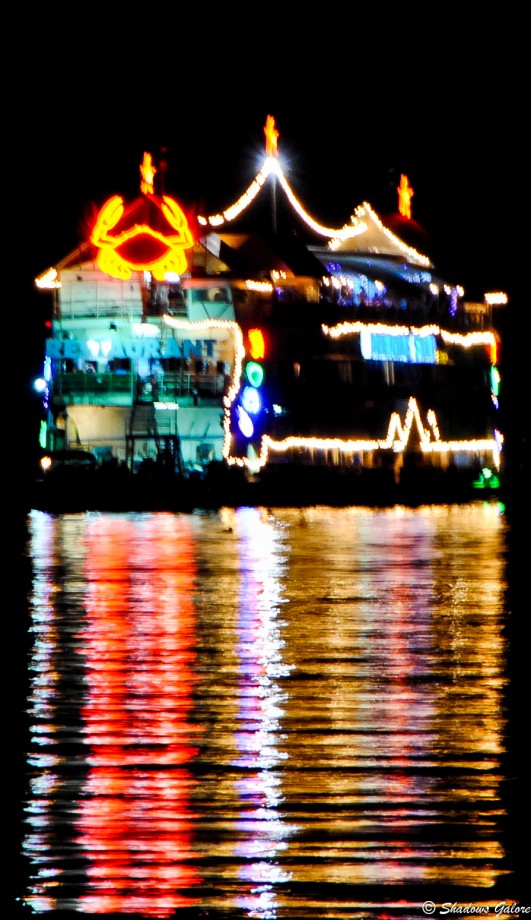 Houseboat in the sea – all glitters

Coming back from the Walking Street was a late night or early morning stroll on the now empty beach. A group of youngsters were sitting on the beach with musical instruments and singing the Pattaya Pattaya song (See it on Youtube and get your 3:53 minute trip to Pattaya). I had spent the whole night awake and now there was no time to sleep. Earlier, in a flash of sheer intelligence, I had booked the morning flight to India so had to leave early. While going back, I was a bit sad to leave so many things unseen in Pattaya and Thailand, but I knew that I will be back soon. And now it seems that this soon will be sooner than I had anticipated then… 🙂