The life cycle of Heritage in India can be summarised in three simple stages:

I usually do not begin a story with a rant and am not inclined towards negativity. However, this trip to Darjeeling brought to sight such callous apathy that it is difficult not to talk about it. If you happen to go there with an image of a handsome Rajesh Khanna breezing through lush greenery and picturesque tea estates on his jeep, you are bound to return heartbroken. ‘Development’ has taken its toll, and the impact is staggering ! Even though we are going to show you only the beautiful side of the city, the reality can put you off..

As soon as we stepped out of the New Jalpaiguri Railway station, we were besieged by hoards of taxi wallahs and travel touts who were willing to take us to Darjeeling for a mere Rs 100, if we agreed to book a tour package from them. They even warned us that we will have to pay a 30% ‘hill surcharge’ if we did not book the package there itself (for the records, there is no such thing as a hill charge and you absolutely do not need to book the tour at New Jalpaiguri. We suggest that you reach Darjeeling first and then decide).  Irritated by their hassle, we decided to hire a private cab; though it cost us a lot compared to what the shared cabs would have, but the rest of the journey was tension free.

The Darjeeling Himalayan Railway ferries from Siliguri to Darjeeling but because of a line problem, it was running only between Darjeeling and Kursiyang, so taking the road was the only option. The road to Darjeeling includes a not so steep ascent, generally well maintained roads, and passes through Kursiyang and Ghum (the highest railway station in India). The views were good and as we neared Ghum, we could see the snowclad peaks of the mighty Kanchanjunga and other peaks at a distance. 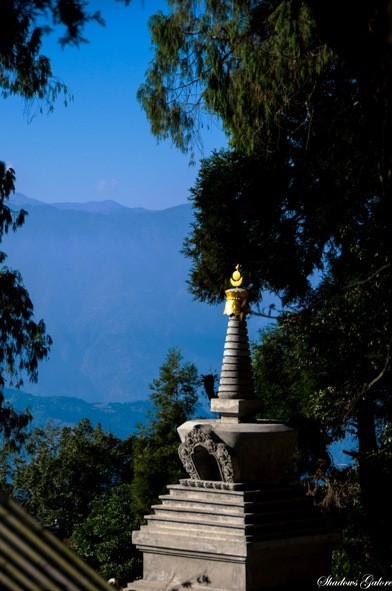 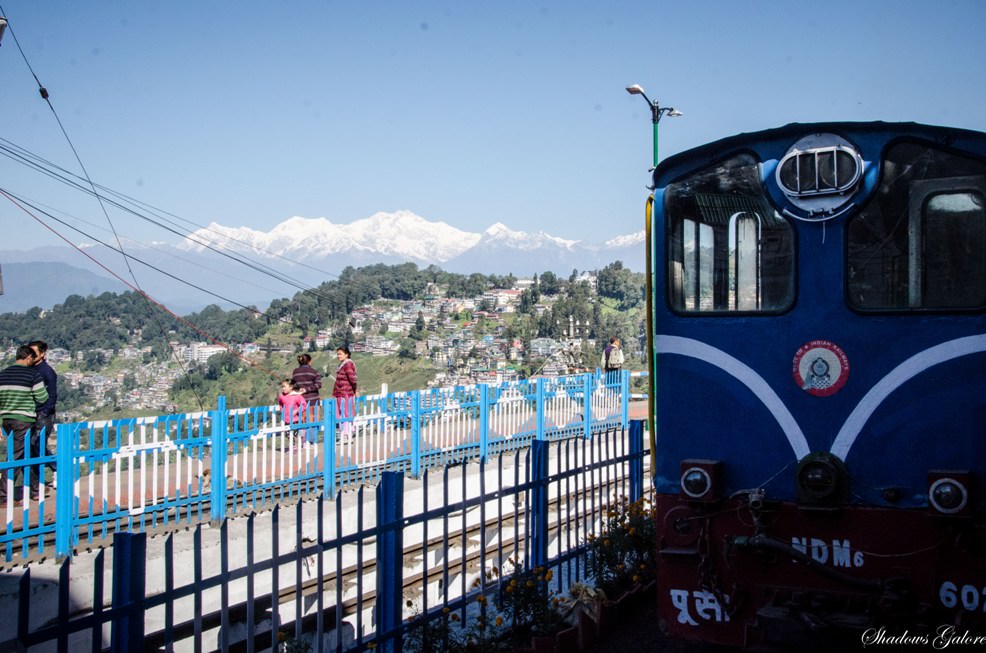 The Darjeeling Himalayan Railway, with a scenic view of the Kanchenjunga. Taken from the Railway Station at the heart of the town.

Though I had heard stories of Darjeeling being too ‘commercialized’ and having lost its charm, what we came across was even sadder. This once beautiful town is now a cacophony of ugly concrete structures built without any ascetic sense, roads bursting at seams with simply too many vehicles, the smell of diesel smoke choking the air and noise of car horns completing the torture. The center of the town named Chowk Bazaar is just plain unbearable. I wonder how Mark Twain would have felt if he were to stand at the market square today, wondering what his favourite hill station has come to.. 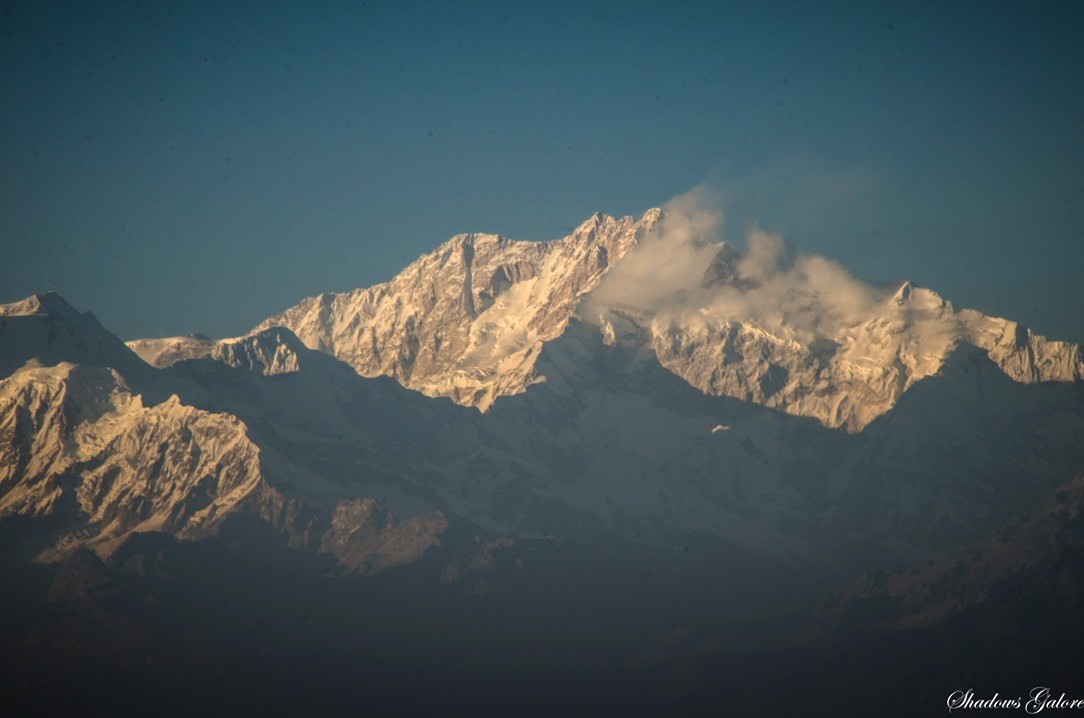 In the eponymous film by Satyajit Ray, a wealthy Bengali family from Calcutta is on the last day of their vacation in Darjeeling, still unable to catch a glimpse of Kanchenjunga. As the intrigue builds up, the protagonist walks up the to the rendezvous point, waiting for people who never turn up. In this moment of display, the mist suddenly clears and behold ! The mighty mountain reveals itself in all its glory !

Today Darjeeling maybe groaning under its own weight, gasping for the last few breaths; however it does get up with a jerk and clutch at your hand to remind what glorious days it has seen. Kanchenjunga remains the guardian angel and saving grace, never failing to amaze with its unadulterated beauty. I could fully appreciate that last scene of the above mentioned film only after standing witness to its majesty.

We first noticed the snow clad peaks while we were approaching Ghum and asked the driver what were those mountains. He replied, “Ei to hai Kanchenjunga! Iska liye hi to sob aata hai Darjeeling.” For us, it was love at first site ! Wherever we went around Darjeeling, be it the mall, the railways, or to the tiger hill later, Kanchenjunga was the overbearing presence that decided the coordinates..

By a stroke of luck, we had booked a nice little home-stay away from the chaos of the town, just next to the Darjeeling Zoo.  So the first thing we did after throwing the bags in the rooms was to have an awesome lunch at the small restaurant nearby and then hike up to the zoo.

Formally named as the Padmaja Naidu Himalayan Zoological Park (not sure why), the zoo established in 1958 with a goal to protect and breed animals adapted to the alpine climate. The is also a centre for the Red Panda programme and an important breeding centre for snow leopards, Himalayan salamander, Tibetan wolf and many varieties of Himalayan birds. 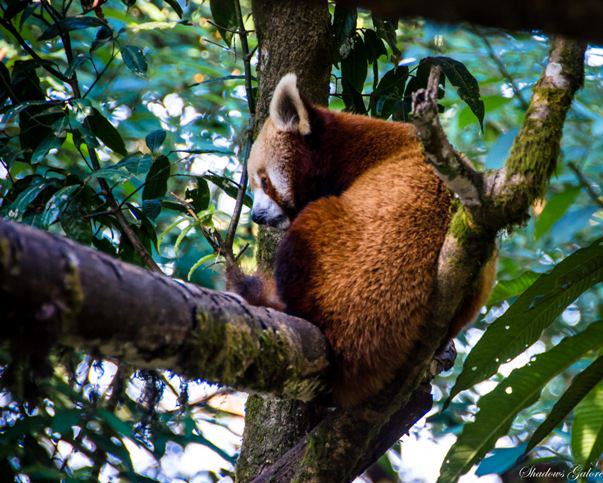 Spread in the 67 acres, the zoo is impressive in its diversity, both in terms of flora and fauna. Among the many species that we saw here, some were first timers for us, like the black leopard, snow leopard, wolves, and of course the incredibly cute red panda. Many of their species are critically endangered and these guys at the zoo are doing a great job in conservation. Maintained well, this institution gives us a closer look into the wilderness of the Himalayas, which we would not have been able to afford otherwise. 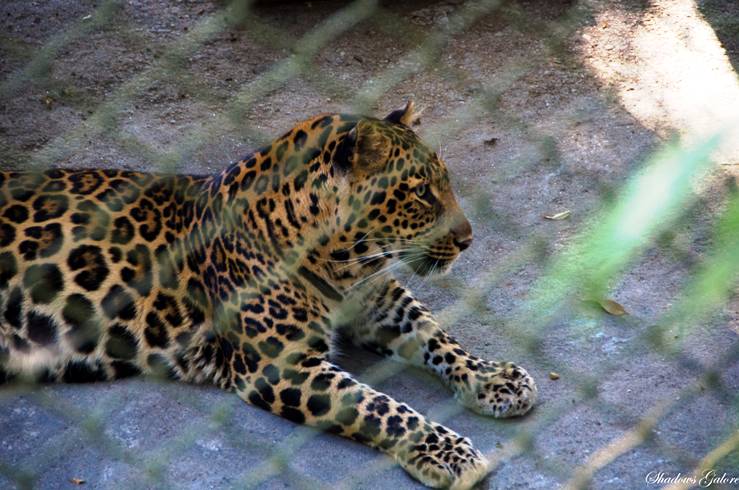 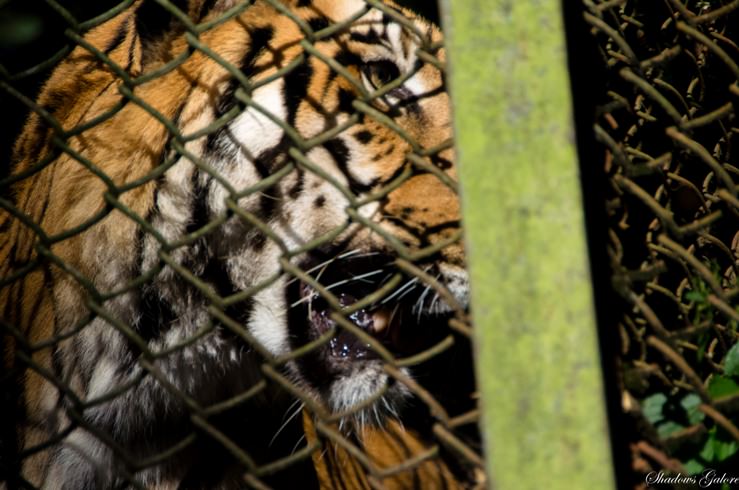 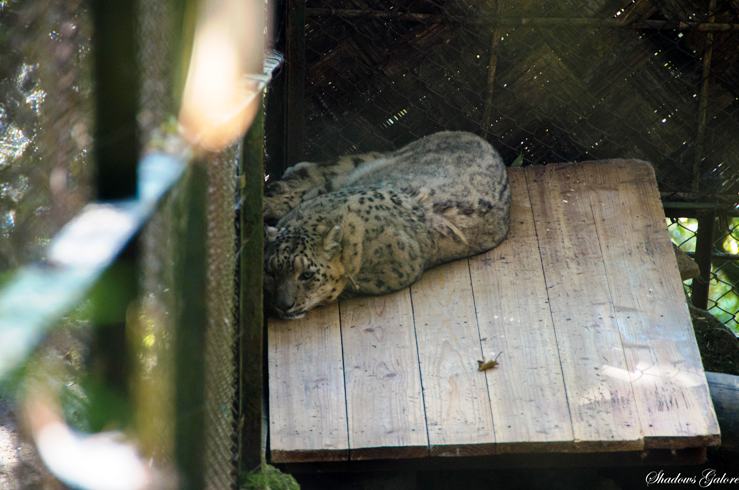 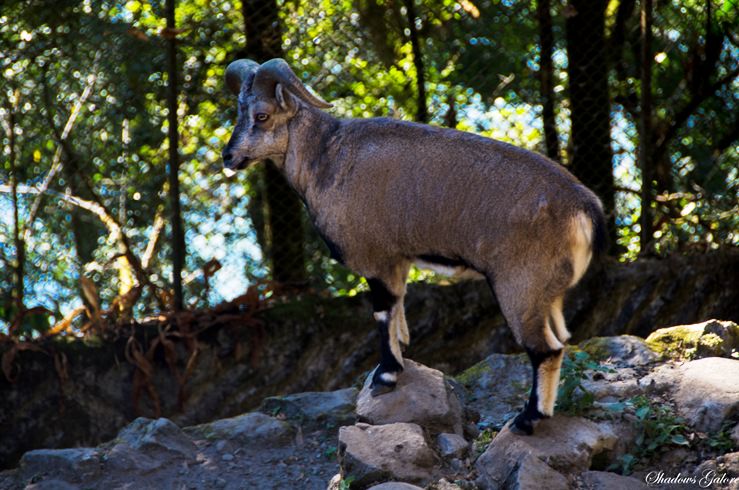 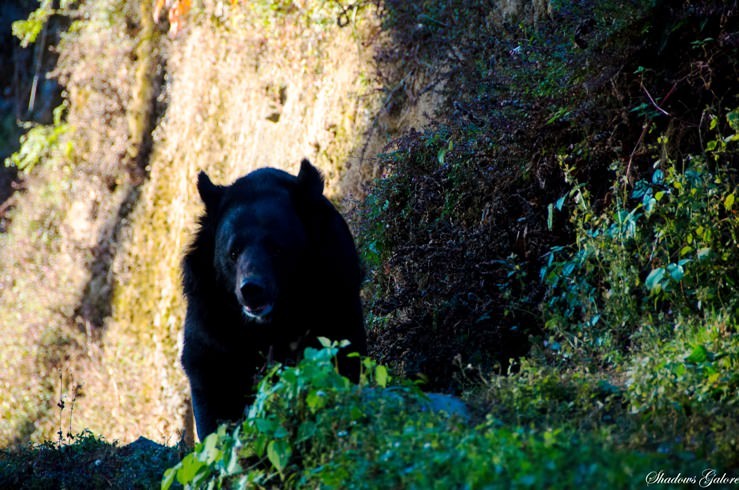 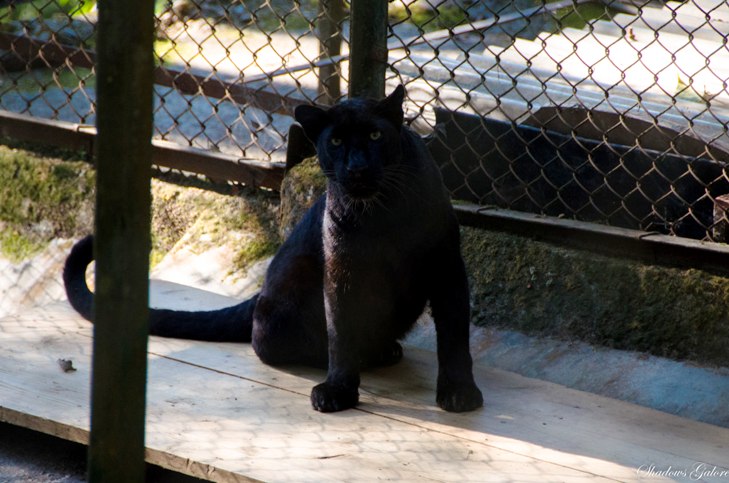 There is a small museum of natural history within the zoo, with some great taxidermy  specimens of mammals, insects and avian species. Some of the exhibits dated back to the 18th century ! 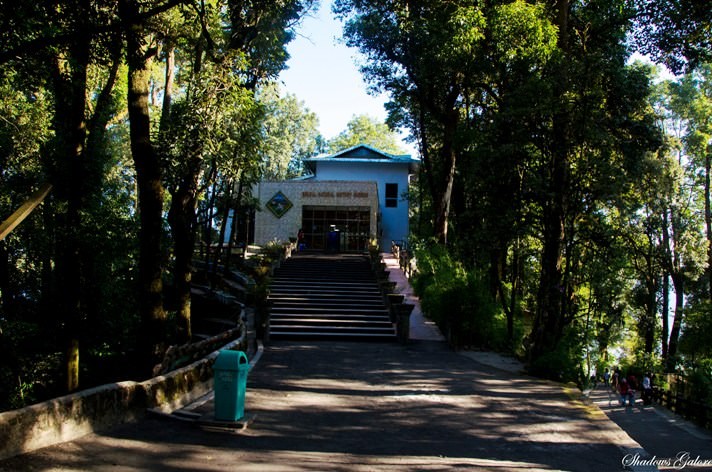 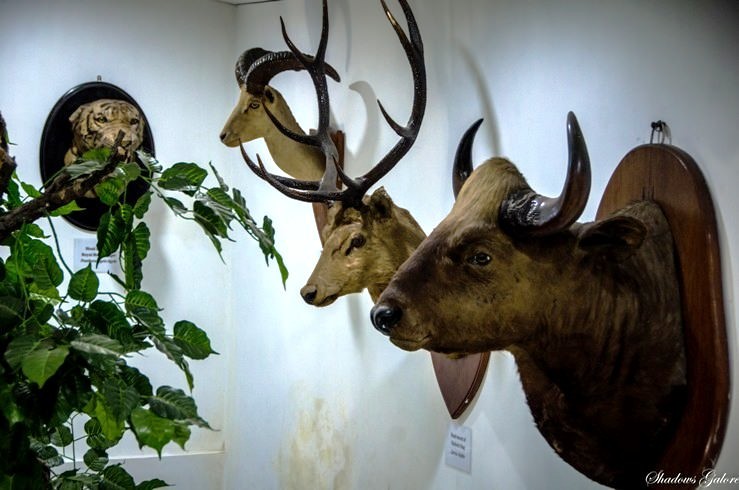 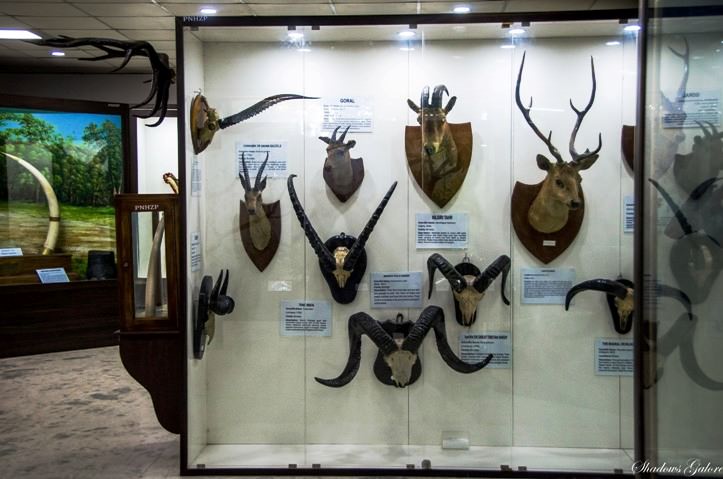 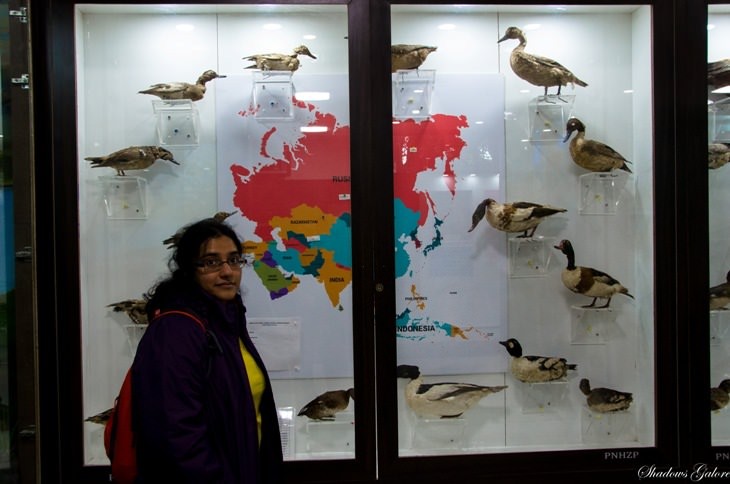 Ducks And other Birds 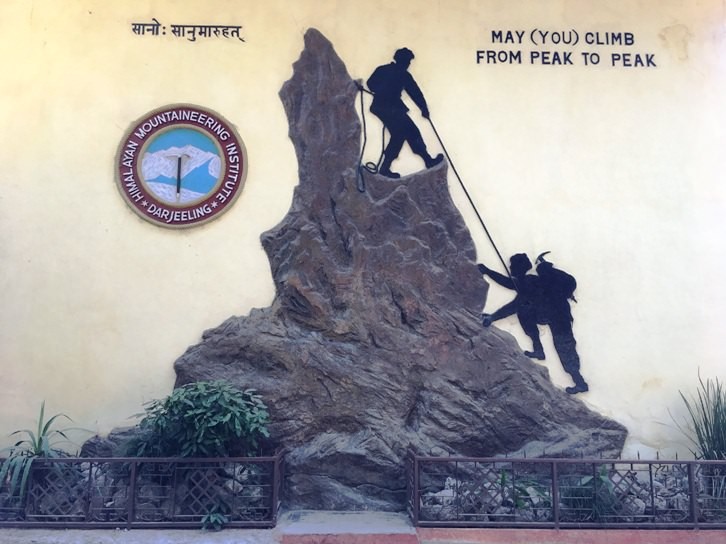 Adjacent to the zoo is the famous Himalayan Mountaineering Institute (HMI), a premier centre of mountaineering since 1954. The institute has a memorial dedicated to Sherpa Tenzing and a small museum giving good information about the history of modern mountaineering in India. The courtyard of the institute provides a great view of the Himalayas beyond, egging you to come closer…