The Mighty Fort of Ranthambore 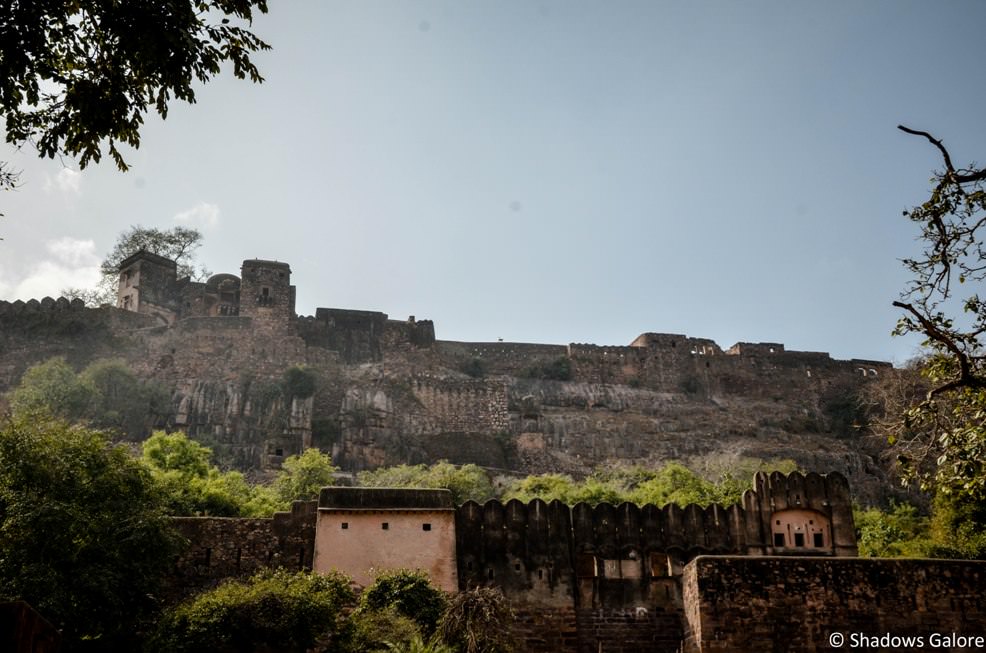 A lioness gives birth to a cub only once; once alone is the word of a good man given; once only does a plantain bear fruit; a woman is anointed only once with oil for marriage; and once alone did Hammira give his irrevocable promise.

During our childhood days, Nandan used to be a popular magazine for children with stories from Indian mythology and history. It was in that magazine that I had my first introduction with Jauhar (Rani Padmini), and it was there that I read the story of this fort for the first time. Along with the tales of Chittaurgarh, somehow that story of Ranthambore also remained etched in the memory and it was in this trip that I got a chance to visit them both, sort of a pilgrimage for me. 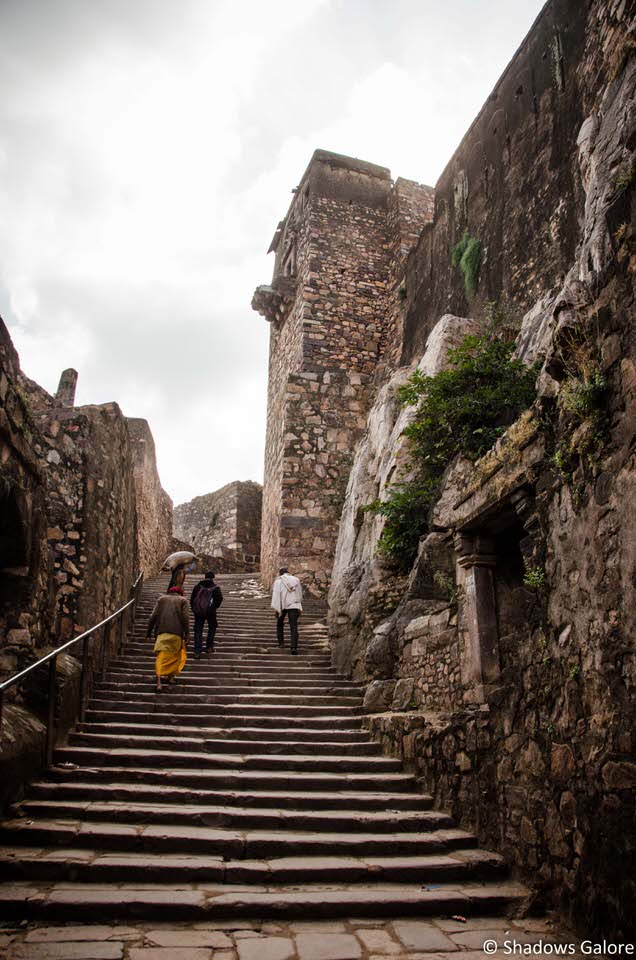 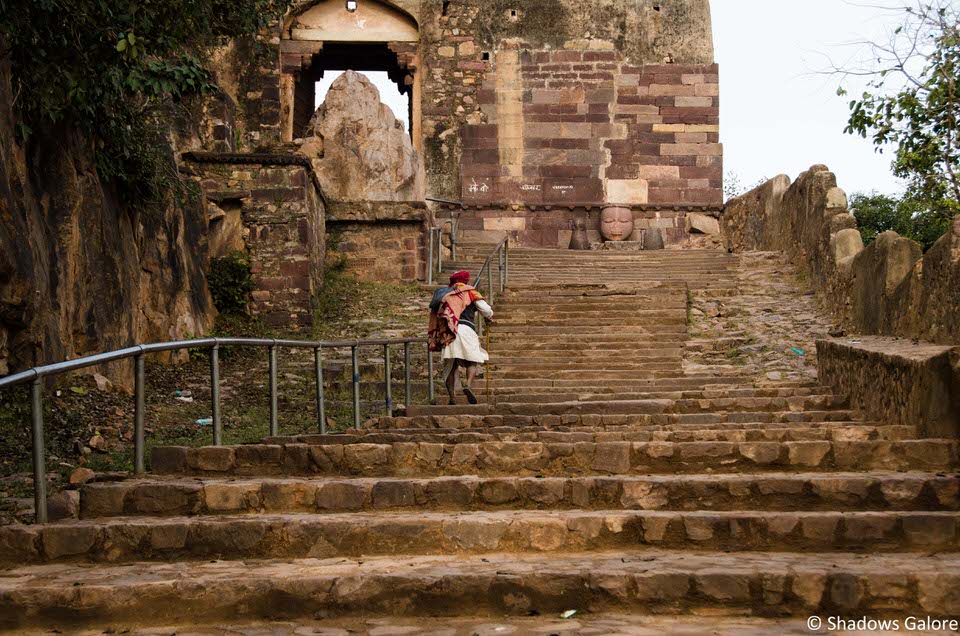 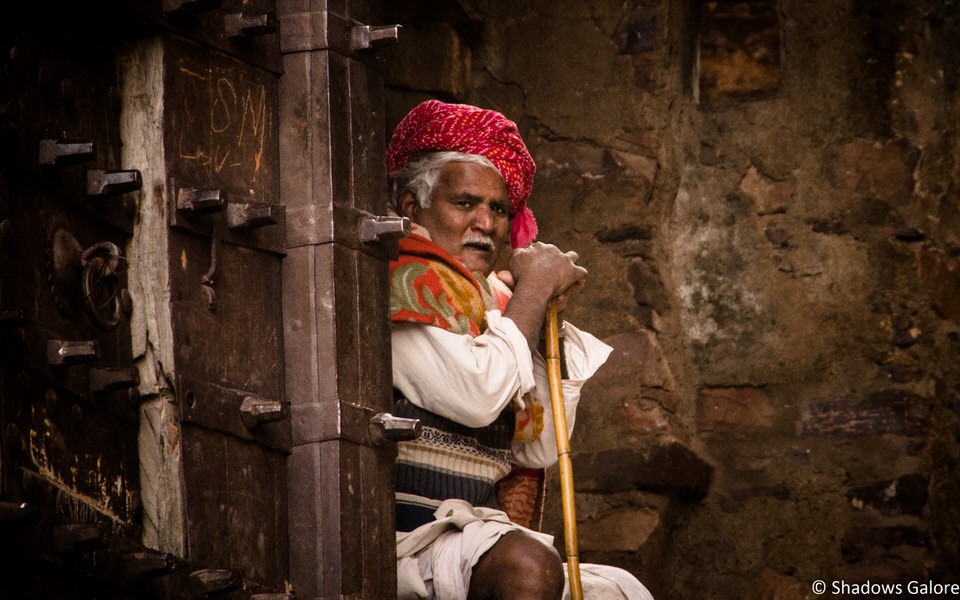 Photographs taken while ascending the steps of the fort through the gates ..

Ranthambore, is a formidable hill fort and has been made more famous by the determination with which it underlined and defended its freedom, even if that meant defying the Empire of Delhi. If Chittod is famous for the valour of Sisodias, it has been the bastion of the Chauhans. It has seen the reign of Prithviraj Chauhan and witnessed the legendary valour of Raja Hammir Dev.

The fort finds mention as a Jain pilgrimage site from accounts dating back to 11th Century AD. After the devastating defeat of Prithviraj Chauhan at the battle of Tarain (1192 AD), it became the focal point of the Rajput resistance to the Delhi Sultanate and saw countless battles. It was first captured by Iltutish in 1226 AD but snatched back by the Chauhans soon after his death. Its keys changed hands many times for the next few decades from Balban to Firuj Khilji and Ala uddin Khilji who succeeded in capturing it from Raja Hammir Dev in 1301 AD, after an earlier unsuccessful siege that ran for one year.

The Rajputs of Mewar captured the fort in 1361 AD and held it for nearly 80 years. It then passed on to the Hada Rajputs of Bundi by mid 15th Century.  After a brief occupation by Sultan Bahadur Shah of Gujrat, the fort was captured by Akbar in 1569 AD. It was finally to the Kachwahas of Jaipur that the fort finally came to rest with and remained there till the independence of India when the kingdom of Jaipur merged with the state of Rajasthan.  Today Ranthambore remains an important historical and religious destination and has been accorded the status of UNESCO World Heritage Site. 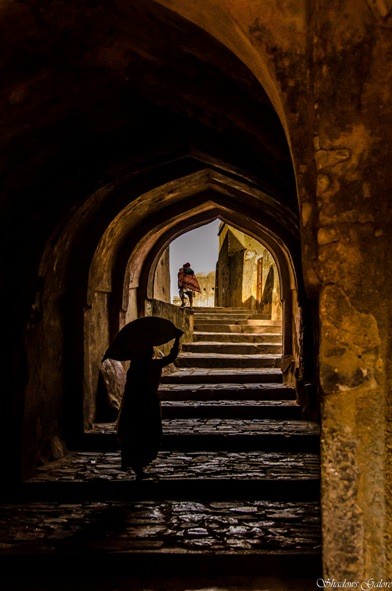 One of our favourite photographs that we took at the fort. A woman carry hay was walking behind an old man; and they happened to come in perfect alignment at the gate. This could have been any century and the scene would have looked the same..

Raja Hammir Dev is to Ranthambore what Maharana Pratap is to Chittaurgarh. A direct descendant of Prithviraj Chauhan, he was a pious and brave king who went into expanding his kingdom and posed a threat to the Delhi Sultanate. Jalauddin Khilji tried to check Hammir’s advances and laid a siege of Ranthambore, a misadventure which resulted in failure. After Jalalludin’s assassination, Ala Uddin Khilji ascended the throne of Delhi and turned his eyes towards the enemies. The flight of Muhammad Shah gave him a chance to draw his sword on Rajputana. Trying to escape Sultan’s wrath for conspiring against him, the fugitive Shah reached Hammir Dev’s court seeking asylum; and in a spirit true to the Rajput traditions, the king promised him shelter and safety. Very soon, the pursuing Khliji came with a huge army and laid siege to Ranthambore. Hammir refused to surrender Muhammad Shah and a fierce battle ensued. The overwhelming strength of the Sultanate forces and treachery by some of Hammir’s own generals led to the fall of Ranthambore. The brave Rajput king and his Muslim friend, along with the men folk met death rather than submitting in defeat; the women committed jauhar and all Khilji could find in the fort was death and ashes. Even the traitors of Hammir were not saved, they were beheaded on the orders of Khilji. While Khilji could not hold on to the fort for long (it was captured by Mewar soon), Hammir Dev became immortalized in the history of Rajasthan for his irrevocable promise. 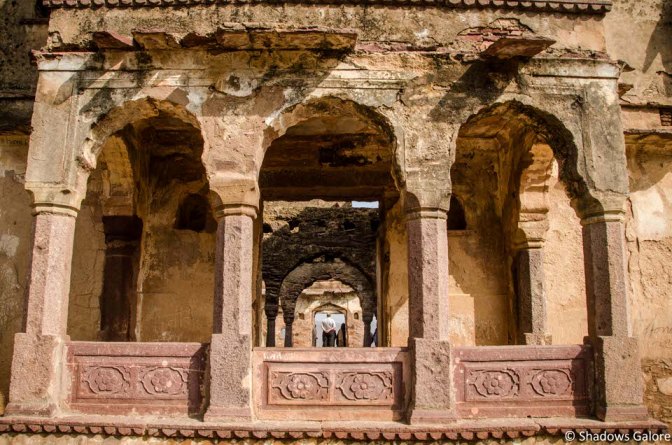 Top: Noble’s Houses . Bottom: A mosque in the fort 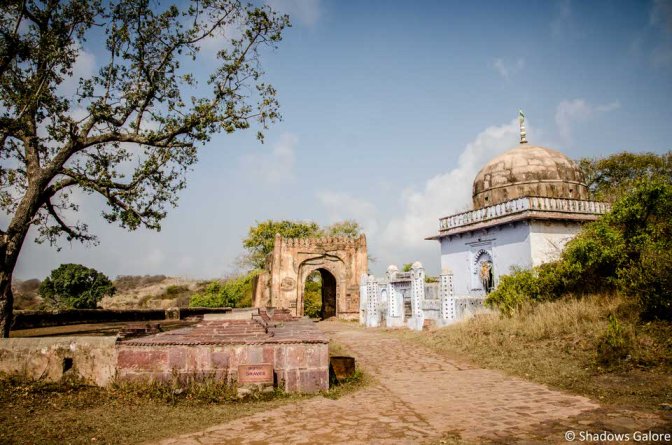 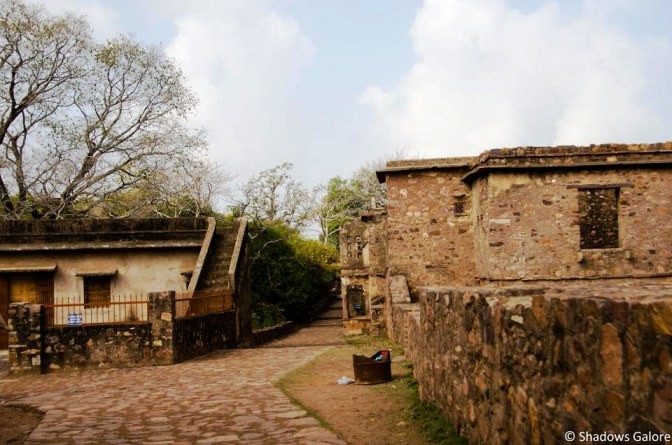 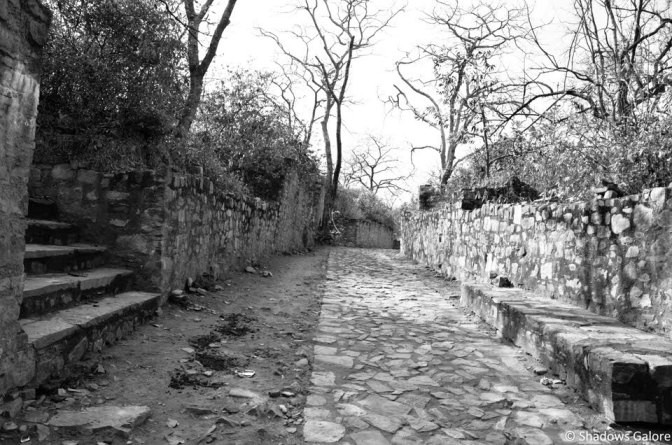 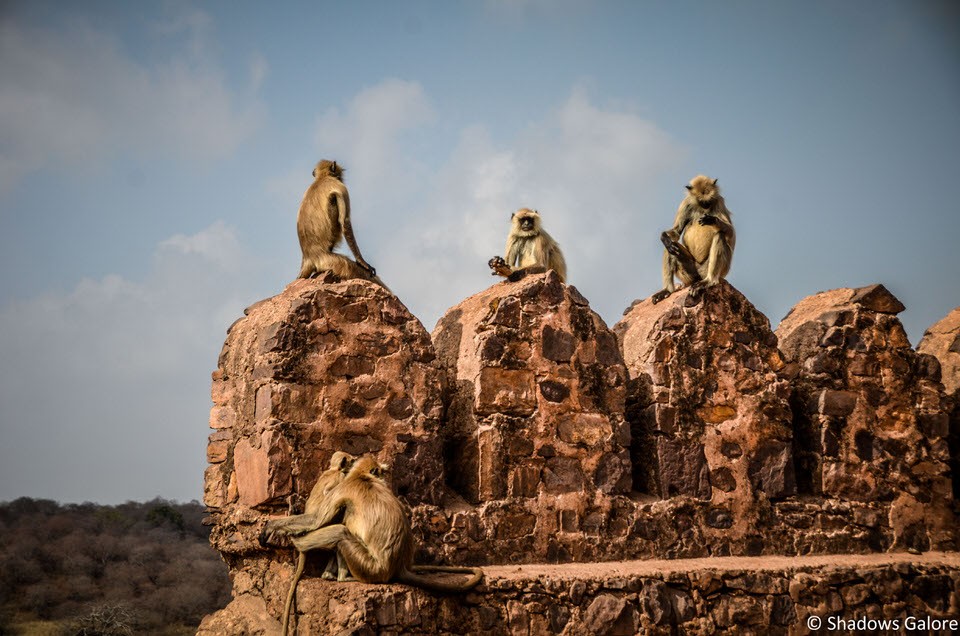 We had plans for a safari to the Ranthambore National Park on the same evening, so decided to visit the fort, which is actually located on the periphery of the park itself, in the morning. The hotel arranged for a car to the fort and travelling through a road which took a turn into the wilderness. I never feel ceased to be amazed how Rajasthan works as a time machine. One moment we are travelling on a 4-lane highway and just a right turn later, it could have been any other century with high rocky cliffs, wilderness and evidences of a bygone fortification. The driver informed us that a tiger was sighted the previous day on the same road, on which we were driving, making us a little excited!

The Ranthambore Fort is located on a 700 feet high hill and covers the whole top of the hill. The fortifications are 7 km long and wind around the place like a coiled serpent. All around the fort, there are ruins of old palaces, royal court, temples – some of them still living, houses of the nobles and commoners, cenotaphs, pavilions, offices, barracks, markets and ponds. There is a Ganesh Temple very near to the main gate of the fort, which is frequented by a large number of pilgrims every day. However, as we ascended the steps, the crowd thinned, leaving only the tourists for company. 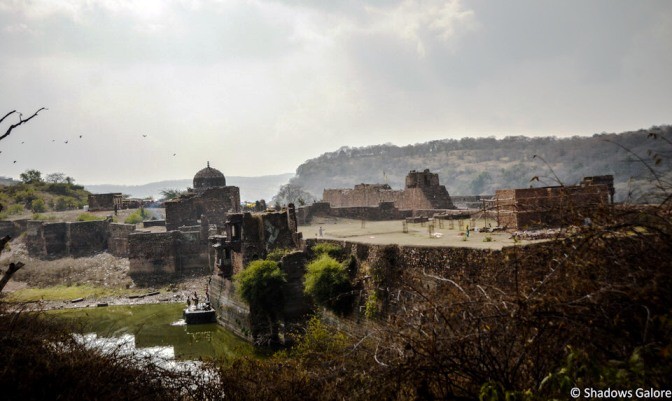 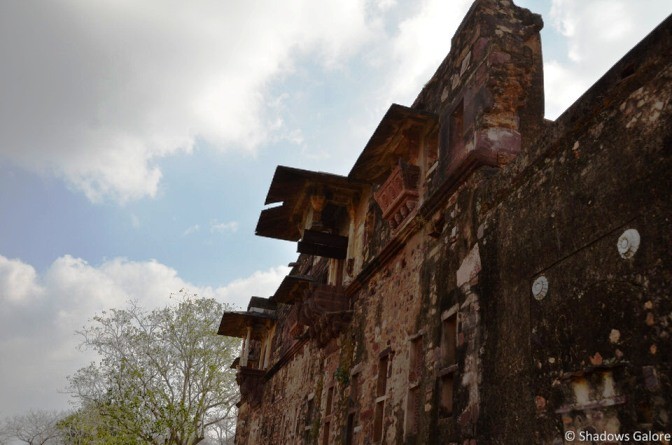 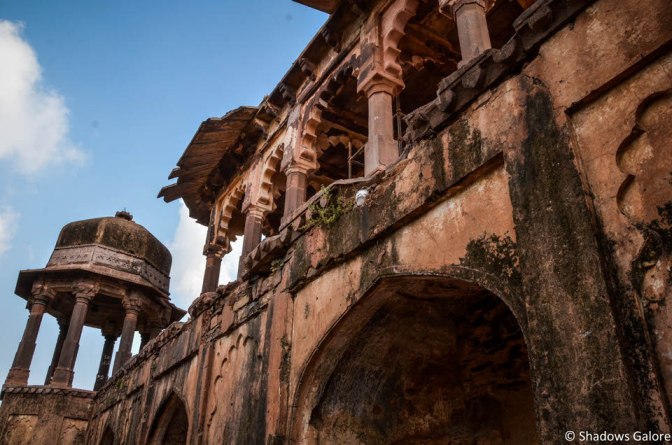 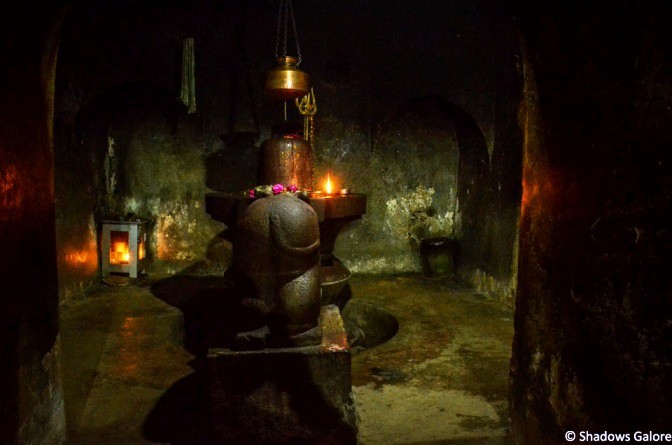 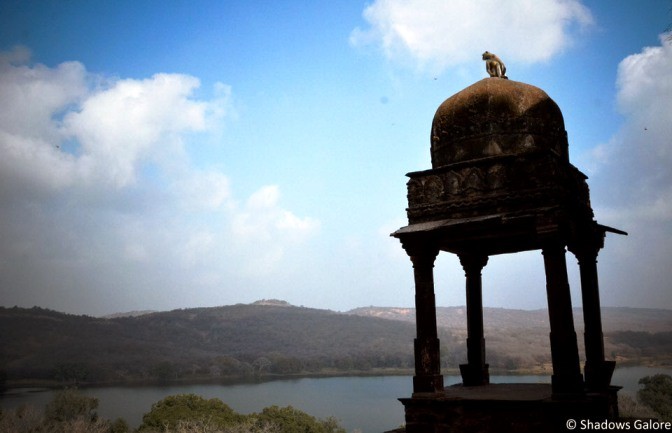 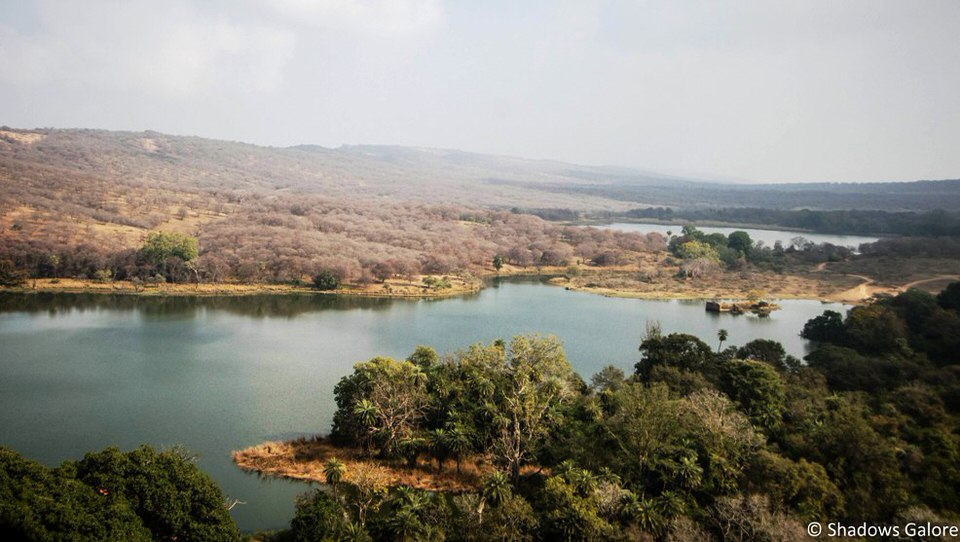 The fort is not entirely deserted, we some locals still seem to be living there, nor is it a living fort like the one in Jaisalmer; it seems to hang onto life with a thin thread. The interiors of the fort are mostly in ruins, barring a few buildings, two ponds, and a few temples which were abuzz with activity. The gates are majestic though and still stand tall, especially the Haathi Pol (Elephant Gate) and the Naulakha Pol. Hammir’s Palace was closed for renovation so we had to be content with an outside view alone, however we did get to visit the 32 pillars chhatri, a beautiful cenotaph on one side of the hill. Under the cenotaph, there was a “hidden” Shiva temple, which Raja Hammir used to visit regularly. Badal Mahal (Cloud Palace) is another important building, though in ruins, I do not recall going near it though.

We went around in circles exploring the fort as much as we could with the time we had, and loved the panoramic view of the jungles surrounding the fort; it looks really impressive from the top. We stopped only when our water was over, camera memory was full, feet started aching and hunger started bothering us. It was good experience overall, defiance never fails to impress…

Check Out the High Resolution Images of Ranthambore Fort on Flickr ! 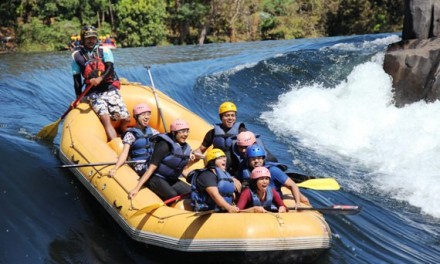 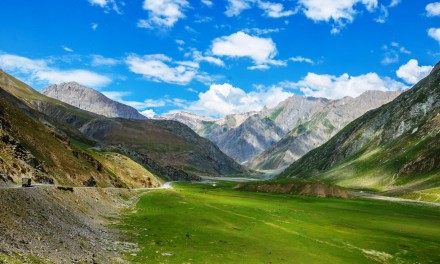 To Zoji La and Beyond .. 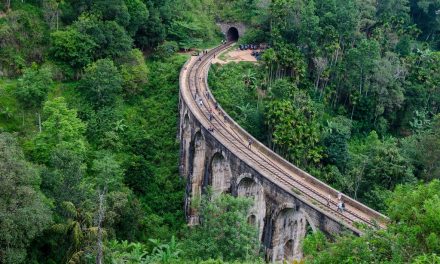 Chilling Out In Ella 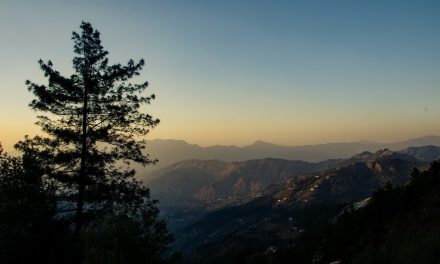 Himachal Diaries – The Beginning At Fagu