Our first trip to Kashmir and our travel plans were disrupted due to cloud bursts and landslides and Zoji La was closed. After a day of photo-shoots around Wusan, we decided to make the best use of the time available and planned a one day trip to Gulmarg. I am glad that we did.

On the morning of 27th July, we started from our camp-site at around 8 AM in a hired cab. The drive to the hillock was uneventful and only when we started our ascent up the hills that we realized why this place is so famous. If Kaas is the plateau of flowers then Gulmarg rightfully owns the distinction of being the ‘Meadow of Flowers’. As we climbed up the serpentine road, there was a carpet of colourful flowers on both sides making it one of the most scenic route that we have come across in recent times. 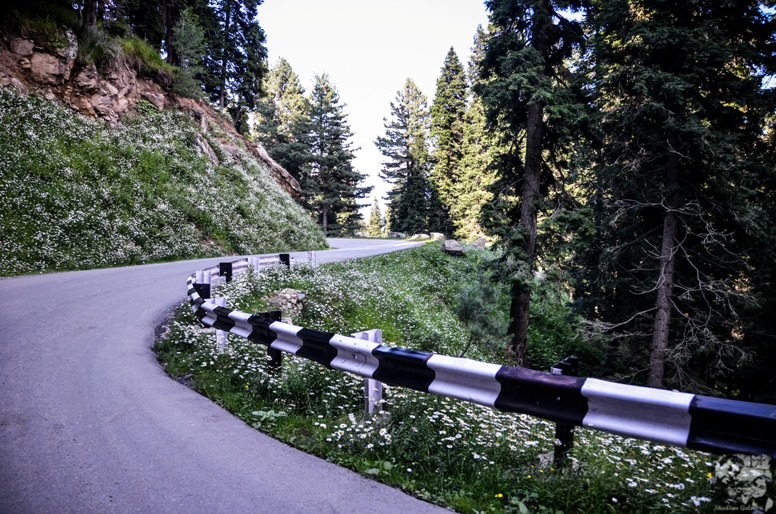 The flowery road to Gulmarg

Lying in a cup shaped valley surrounded by the Himalayas, Gulmarg is a beautiful hill station. Famous as a ski heaven, it also boasts of the highest golf club in the world. The attractions of Gulmarg are at two levels. The first phase has lush green meadows with a beautiful view and can be reached by either rope way or on a pony.. Second phase is much higher up in the mountains where one can enjoy some snow sports. It can be reached by the rope-way only as the ponies don’t go to that height. The tourist centre at the market had a friendly officer who gave us a lot of valuable information about how to go about sightseeing, rates, safety tips etc.. 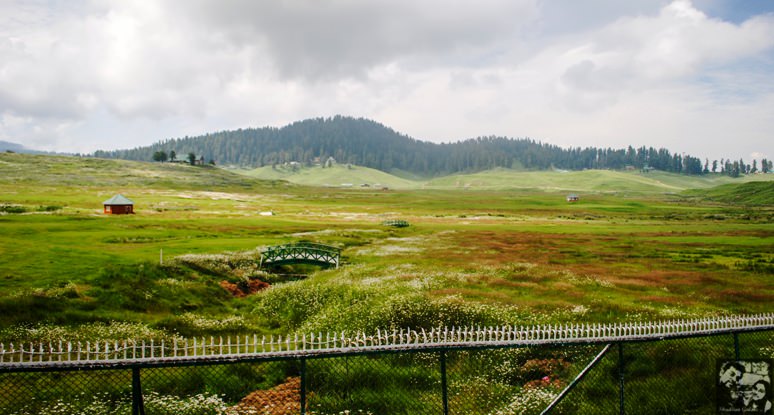 The Meadow of Flowers

We were lucky to reach there before the tourist rush and stopped to grab a quick breakfast before exploring the place. The non vegetarian members of the troupe were disheartened to learn that almost all the eateries there are pure vegetarian, the food was delicious though. 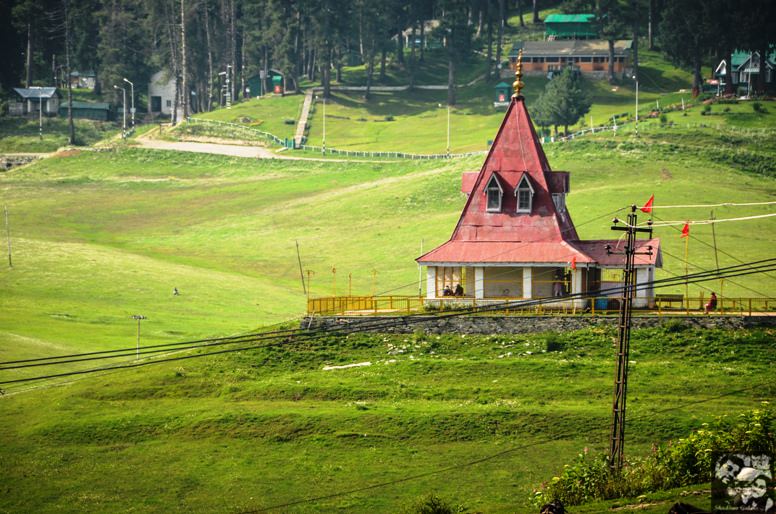 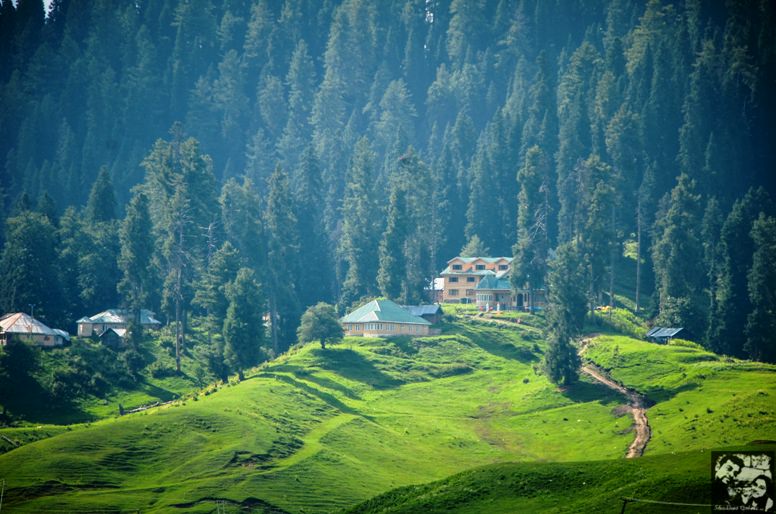 An Old Christian Church at a distance

Instead of the rope-way we decided to enjoy a pony ride to the first level and started. For most of us, it was the first experience of riding a pony so excitement was mixed with apprehension. Initially, the ride was on a cemented road where were we crossed some holiday cottages and hotels. There was also a golf course and a ice hockey stadium. The men accompanying us explained that in the winters the entire area gets covered in snow. Tourists can enjoy skiing and other snow sports during such times. 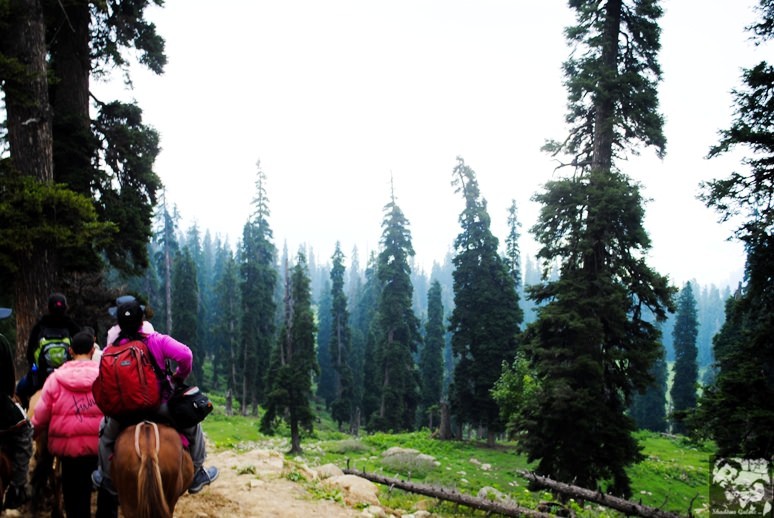 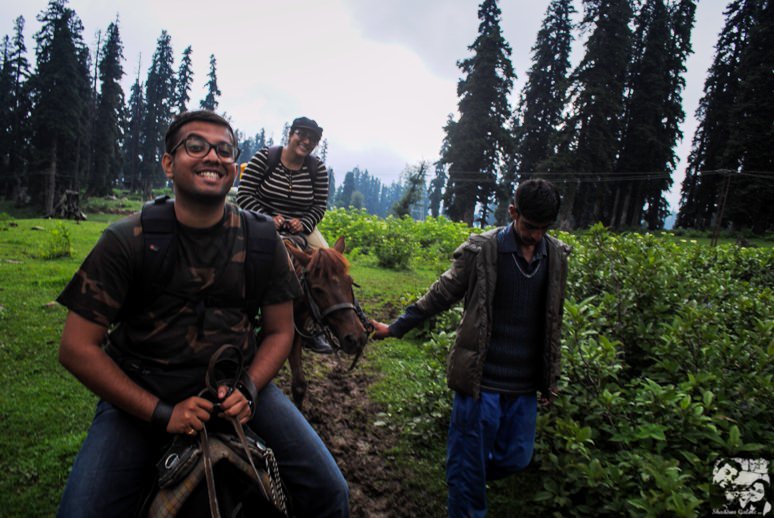 Rohit could not hide his excitement !

The ride uphill was an adventurous one as the we made our way through a rocky pathway. The ponies walked one after the other on the Alpine terrain and we were busy trying not to fall. As I was the last one, watching everyone move amongst the trees and hills, and it felt like a scene  from the movie Hobbit. 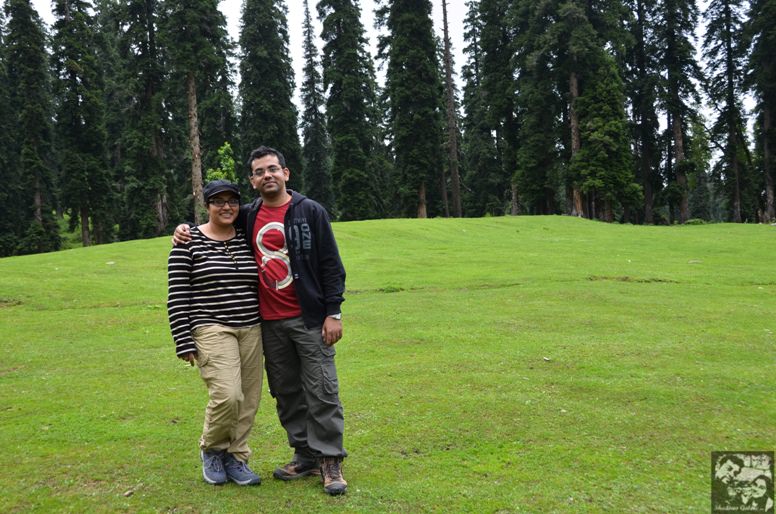 After some riding, the woods cleared and we reached level grounds where everyone got to get some rest. The place was green surrounded by trees and a photo session was a must and so we had it. We started again and the road became more rocky and slushy. Soon we reached the first level from where the rope-way to Phase 2 would begin. However, as luck would have it, just as we reached the ticket counter, it was announced that it has been closed as the weather had turned bad. So after spending some time at Phase 1, we came down riding our ponies again. By this time some of us had become quite adept at horse riding and were doing it without the help of our guides. Overall it was a good experience. 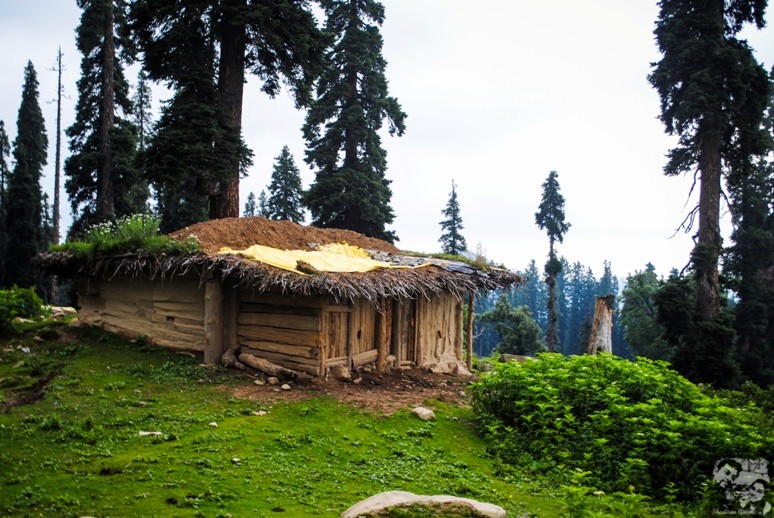 There was a village of shepherds on the way .. 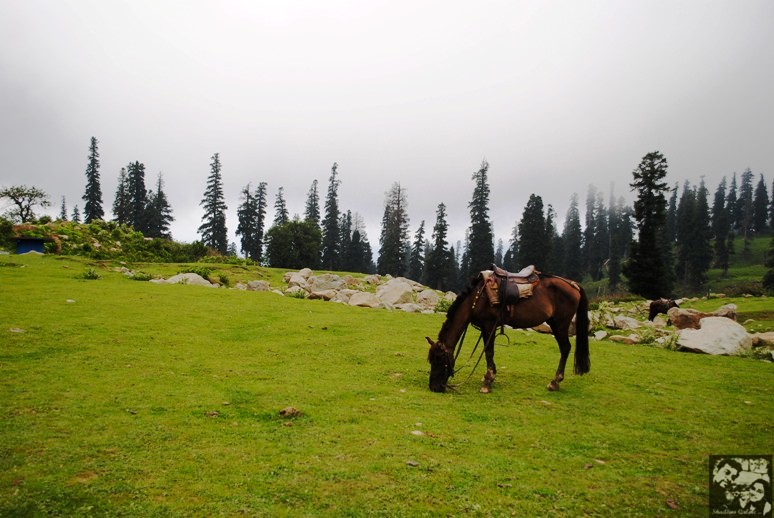 While coming back, we got a phone call from Captain that Zoji La had been opened again and we would be setting sail the next morning. This news got us super-excited for our adventure was finally about to  begin ! More about that in the next post, bur for the time being, enjoy some photographs from Gulmarg…