Kanchanaburi – Memories of the Great War 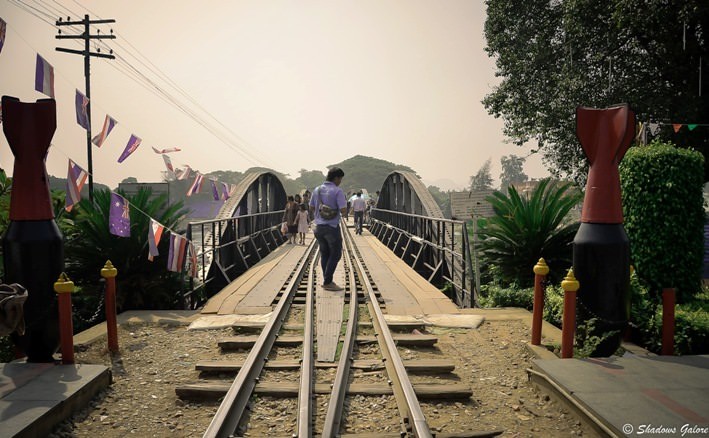 Bridge on the River Kwai

Kanchanaburi is a town in west Thailand, established by King Rama I as a defensive post against possible Burmese attacks at what is now Lat Ya district. It is am important destination in Thailand to understand it’s history, especially during WWII. In 1942, Kanchanaburi was under the Japanese control and Asian laborers and Allied Prisoners of War were put into forced labor to build the infamous Burma Railway also known as the Death Railway. They constructed a bridge; which has been immortalized in the film Bridge on the River Kwai. Almost half of the prisoners working on the project died from disease, maltreatment and accidents. 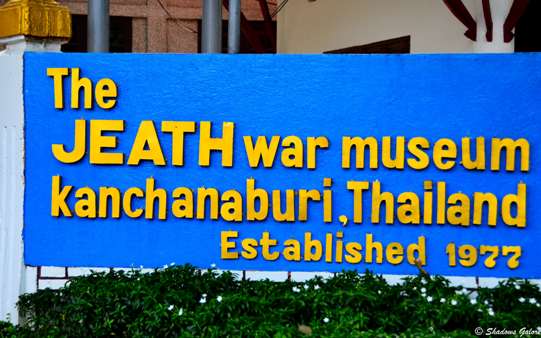 Our first destination was the memorial museums built to commemorate the POWs who died here. The JEATH War Museum was built in 1977  by chief abbot of Wat Chaichumpol Venerable Phra Theppanyasuthee as a salute to all prisoners who lost their lives while building the Railway and the Bridge on River Kwai. In Thai, the museum is known as Thai name is Phíphítháphan Songkhram Wát Tâi (Wat Tai War Museum). 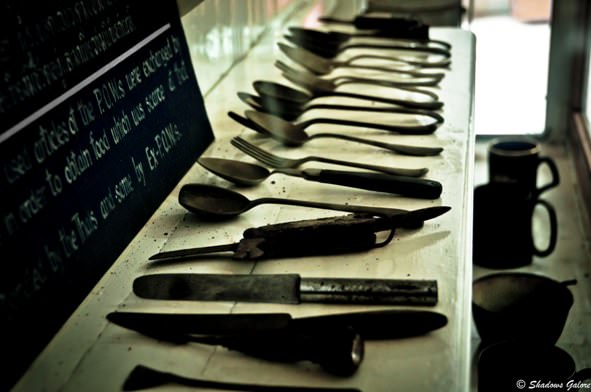 The Acronym JEATH stands for the nationalities of the prisoners involved in the construction of the railway – Japanese, English, Australian, American, Thai and Holland. The museum has two sections. The first room resembles bamboo quarters, similar to the ones in which the POWs lived. It has pictures, drawings and articles of and by the prisoners. Photography is not allowed in this section.The second room is very small and it exhibits the tools and instruments used by the prisoners to build the railways.

Next we stopped at the Kanchanaburi War Cemetery. Managed by Commonwealth War Graves Commission, it is the main war cemetery for the victims of the Burma Railway. 6,982 POWs, mostly Australian, British and Dutch are buried here. A sad place in all its beauty, a grim reminder of the horrors of war … 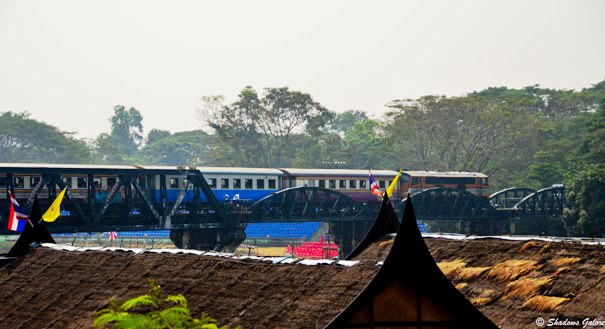 By lunch-time we reached our restaurant overlooking the beautiful Kwai River and the famous Bridge built by the unfortunate POWs. We took a short walk to the bridge. It was brimming with tourists and hawkers and it was difficult to imagine this place had the blood and sweat of 1000s of hapless men, about 7000 of whom were lying nearby. 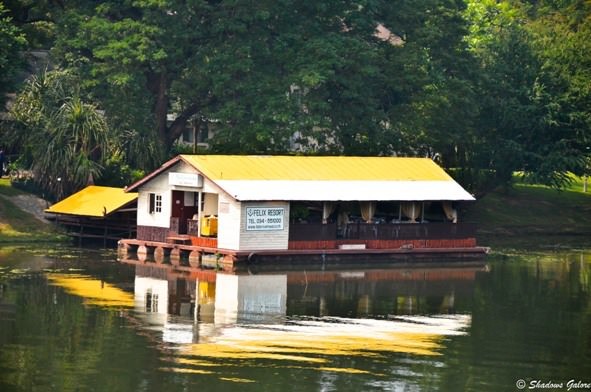 It was now time to walk a few tigers at the famous Tiger Temple. Stayed tuned for the next story..

This trip to Kanchanaburi was courtesy the Tourism Authority of Thailand (TAT).