Soldiers for Women, and more ..

When I read about the #SOLDIERFORWOMEN campaign on Blogadda, I was a bit skeptic about the whole approach. However, looking into the past, I think it gives me an opportunity to share the story of a handful of brave men who stood up to protect the life and honor of a family, not just women, in great peril and in some very turbulent times. This story is even closer to my heart because one of them happens to my father. Hence sharing with you all.

The story I am going to narrate happened long back, in 1984. In a government colony in the old parts of Patna, my family – I, Papa and Ma lived in a staff quarter. There were three more flats in the building housing medical staff from a nearby medical college. I was quite young then, just a toddler and hence most of my story is what I have heard from my mother or from the neighborhood aunty.

Our neighbors from the flat opposite ours were just like family to us. In fact, since my mother was working, most of my childhood days were spent at their place. Uncle and aunty had five sons; the youngest of them was a little older to me, my childhood best friend. The ground floor was occupied by a Sikh family, uncle was a Doctor in the Medical College and aunty was a house wife. They had two young daughters; mother says I was their favorite and they used to make toys for me.

1984 was a black year in the history of India. After the assassination of Indira Gandhi, violent anti- sikh riots erupted in various parts of the country and though it remains largely undocumented, Patna was not untouched from the mayhem and mindless violence which ensued.

On one of those evenings, a big mob assembled at the locked gates of our government quarter, shouting slogans and demanding that the Sikh family be handed over to them. It was beyond imagination what those mad dogs would have done those hapless people. The building was constructed in such a way that if one had to go to the first floor from the ground floor, the passage went through the courtyard where anyone could be seen from those assembled at the gates. Fortunately, there was a flight of stairs at the back which connected the ground floor to the servant rooms in our flats. Our neighborhood bhaiyas managed to bring the Sardar Ji and his family upstairs just moments before the crowd brought down the main gate and entered the compound.

It was a helpless situation, only Dr. Saheb had a phone among the four families but now his flat was in the hands of rioters. There was no use calling the police anyway, as we know very well how they conducted themselves during the riots. We had to rely on our wits, and courage if this family was to be saved.

Very soon the doors which led to the main staircase were broken and the rioters rushed upwards. However, contrary to their expectations, they met with stiff resistance here. After hiding the Sardar Ji’s family in the innermost room at our neighbors flat, the men had decided not to give them up and make a stand there. We had quite a couple of old swords and spears at home which came very handy later. Reinforcements came in form of some other neighbors, one of whom had a rifle. A skirmish ensued and cowards as the rioters are, they were pushed back.

Although the family was saved, we could not prevent their home from being looted and ransacked. Mother tells me about the Sikh aunty crying silently, watching from the windows as the rioters took away all their family possessions and destroyed whatever they could not take. Very soon after peace resumed, they left the city and migrated to Punjab.

A lot of people from “our side” were injured, my father got sword wounds in his leg, but their mission was accomplished. By this act, they were spared the lifelong guilt of not doing enough to save the life and honor of someone. I am glad that they did not choose to be gender/religion/caste specific when turning soldiers and just did what they must do. I do not wish an honor for them, some of them are not even alive now, but I have taken this opportunity to salute their courage in the face of grave danger.

We were to get a taste of riots 6 years later ourselves, during another communal riot in 1990 in which we were the minorities. Although I was still a kid, I vividly remember the violence I saw with my eyes. With a feeling that we might be the next in another riot, my parents decided to leave that place and settle in another locality which was more secure. As for the rioters, like anywhere else in India, they all went scot free…

This post is a part of #Soldierforwomen in association with BlogAdda.com 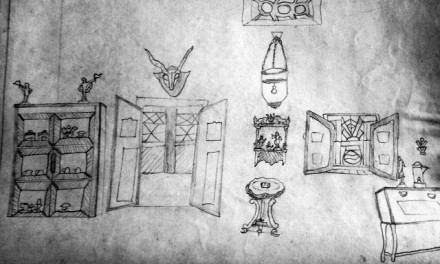 The Drawing Room of Mishra Uncle 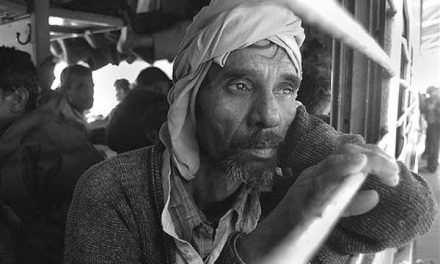 Perks of being a Doormat 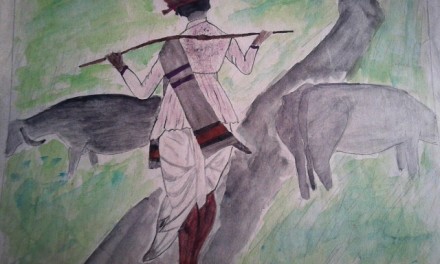 The only painting ever done by me .. 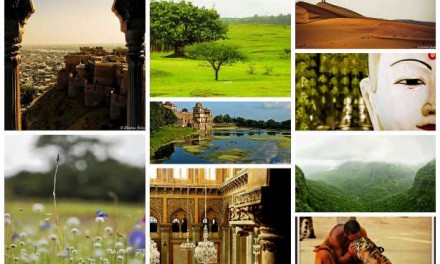