I am bored of writing and by this time, you might have been bored reading all my monologues on Hampi. So this post will be less words and more photographs.

Vitthala Temple is the most splendid among the temples of Hampi and is famous for its rich and ornate design and beautiful carvings. Dedicate to Lord Vishnu, this temple was built in the 15th Century AD.

The Mahamandapa of Vitthala is majestic. It occurred to me that its design resembled a Sri Yantra. Richly carved with ornate motifs, beautiful pillars and richly carved monolithic pillars. It had a lot of Musical pillars which are said to produce the sounds of many musical instruments when tapped. The roof of the Mahamandapa had collapsed centuries back and is being restored. 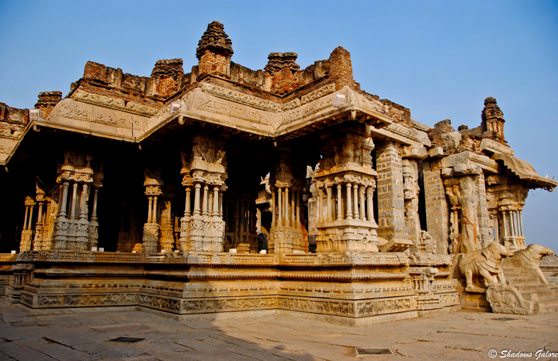 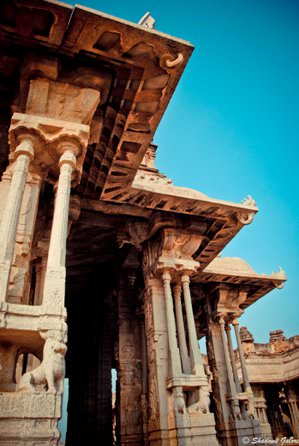 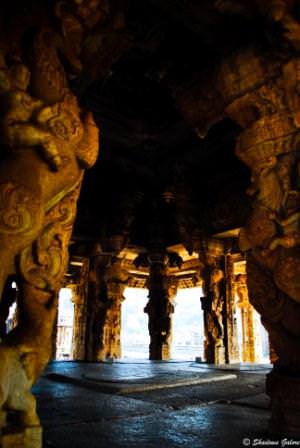 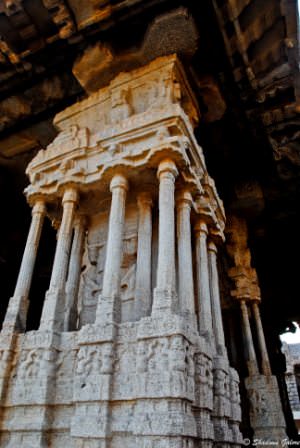 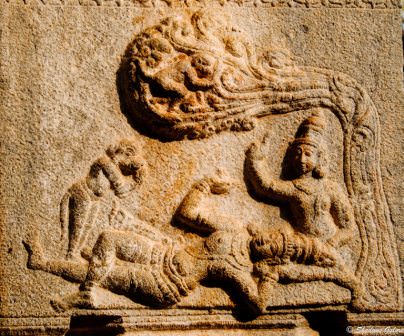 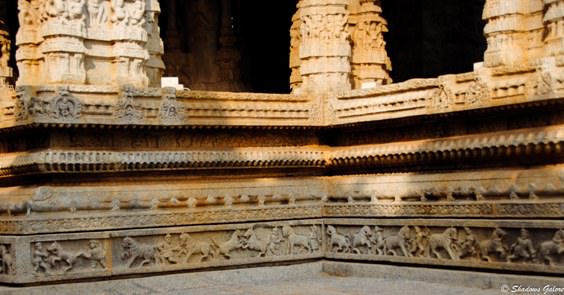 Carved Base adorned with horses, elephants and horses

The Stone Chariot is the most famous structure inside the Vitthala Temple and happens to be the symbol of Hampi. This happens to be a temple chariot drawn by elephants and dedicated to Garuda- the vehicle of Lord Vishnu. It is placed on a rectangular platform with battle scenes engraved at the base and four richly carved and giant wheels attached to it. The wheels were actually free to move on the axis ! The Stone happens to be a great draw for people who wished to be photographed infront of it. It took me a lot of time to finally find the chariot empty so that I could capture it in peace.

One point, some people out of their ignorance or apathy, were climbing over the elephants for getting photographs. While the elephants are made of stone, they should keep it in mind that for one photograph, they can inadvertently damage  this monument. The Indian tourist needs to be a little more sensitive about protecting our heritage. These monuments will never be built again. 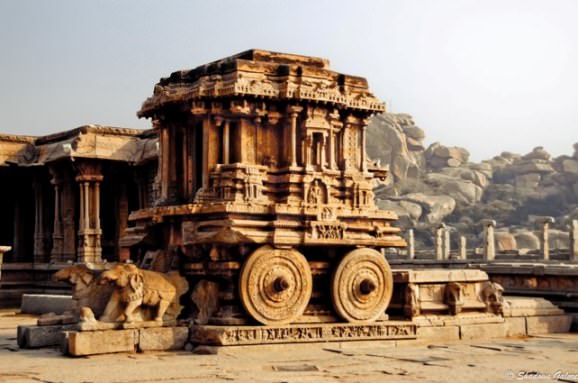 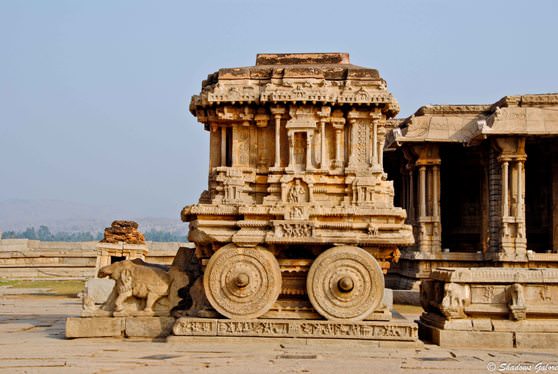 Another view of the Chariot 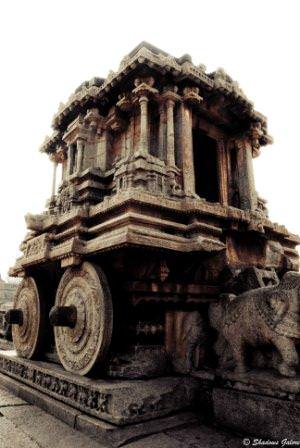 A view of the chariot from the front

The inner sanctum of the temple lies underground. You have to go down a flight of stairs to a dark Pradakshina hall. It was kindda spooky but I did manage to get a few good photographs without even using a tripod. Am getting more comfortable with my photographic skills these days.. 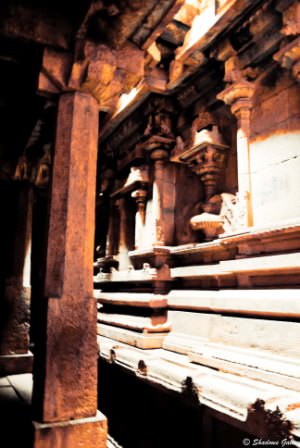 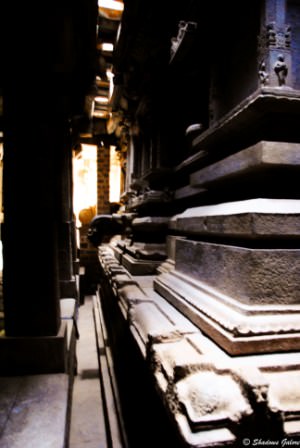 The Pradakshina path around the Garbhagriha

While I understand that Black and White photography has been converted into Kitsche these days, but could not resist the temptation of taking the one below sans color. It was my gut feeling that no color would suit its theme. The animal on the sides of the steps in this photograph was explained as a mixture of six animals to us, lion’s mane, horse’s legs, rabbit’s ears , elephant’s trunk etc. Just a few minutes later, another guide while explaining it to some foreign tourists said that it was a Chinese Dragon and they were left wondering what the Chinese were doing in Vijayanagara .. 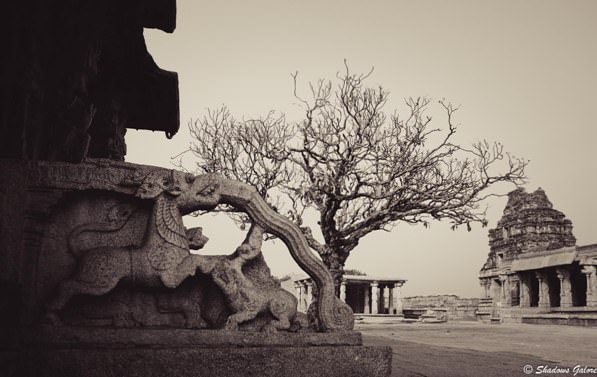 An attempt at black and white

Vitthala temple can either be reached through the Tungabhadra river by a coracle ferry, or one can walk along the river. The monument opens at 8:30 in the morning and stays open till 5:30 PM. The entry ticket is INR 10.00 for Indians and  INR 250.00 and is can be used for the Royal Center also. Camera fee is INR 25 for Video camera. Still camera is free. Use of tripods is not allowed.