While speaking of England, people got used to imagine Big Ben, Trafalgar Square, British National Museum, Buckingham Palace or any other popular travel spots, but fewer people pay attention to those sites remaining in shadow. By this I mean those places of interest that do not carry any historical meaning or play a commemorative role in the urban landscape. Modern attractions are as promising as grand and significant historic spots, spread all over English lands. A touch of contemporary culture could not omit English lands, which is why it is appropriate to look over the travel masterpieces of modernity. 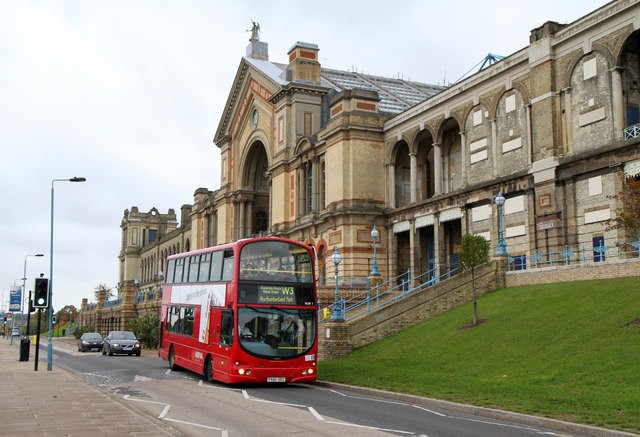 Alexandra Palace vs. Crystal Palace is an essential reflection of North and South London stand-off! Indeed, Alexandra Palace was constructed in Hornsey district in 1873 and was expected to be a great recreational facility in the north of the capital. Despite being the castle performed in the style of Neo-Renaissance, to date it is an indoor skating rink, show room and conference center, which covers an area of 30 thousand square meters! Alexandra castle was initiated as “the Public Castle” and this intention is kept till nowadays. Besides hosting music concerts, it was the place of MTV Awards in 1996 and BBC first broadcast in 1930s. 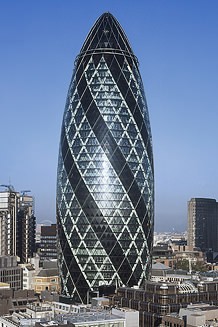 The skyscraper of an intricate shape decorates routine and intense financial district of London City, which is known as 30 St Mary Axe. It was constructed in 2003 in the form of retina with a central support base. Naturally, weird shape and greenish cast of glass led a way to a new nickname for the skyscraper – “the Gherkin”. It is impossible not to mention eco-friendly facilities and tools, which pose the building as both reference to London urban ecology and architect marvel. In addition, 30 St Mary Axe is the best London spot to enjoy the incredible city landscape. 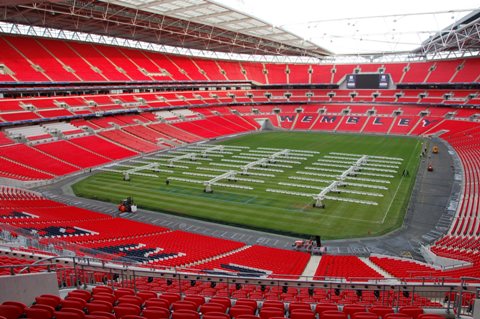 The legend of world football, Wembley Stadium, is much visited by sport fans, concerts’ attenders and, of course, tourists. To shoot a goal on Wembley is a great honor for a football player, as well as to watch it as one of 90 thousand spectators on stadium benches. Indeed, the capacity of the stadium was much increased after the renovation in 2007. However, it did not outrange the significance of Wembley as a hot music spot in England, where the last concert of the Beatles was performed on May 1st 1966! Many modern bands and singers put all their efforts to give a performance on Wembley arena. 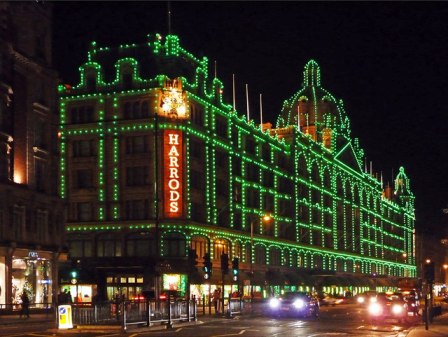 “Harrods” is a long-cherished dream of lots of women, being the department store of all-you-can-imagine. It is located in the Knightsbridge district, which is a tribute to fashion, luxury and style. In particular, “Harrods” was organized in 1861, but its popularity is huge decades away. Nearly 300 departments, fabulous facades and interiors could not but alert an attention of royal family for a long time, but later the preference was given to “Harvery Nichols”, across the street. On the other side, travelers will find a lot of shops and cafes to spend a nice shopping time in London.

Maria Kruk, an author for England.net