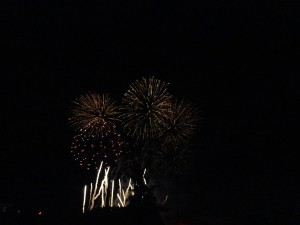 Fireworks on the occasion of the national day in France

July 14, 9.45 PM – I alighted from the tram at the station Etoile Polygone and searched for a place offering vegetarian fare. 10.30 PM – I quickly settled the bill for a drink and a plate of noodles and rushed out to witness an extraordinary sight. Some 500 people had gathered in the cold weather to witness fireworks. The night sky was lit up by red, green and orange hued sparks as the crowd enamored by the sight cheered on. The fireworks continued for a full 20 minutes…every time the crowd thought the best part of the display was over, the subsequent one only got better! To witness that and be part of a celebration that is an annual event across France – The national day in France is on July 14. – was an enthralling experience! 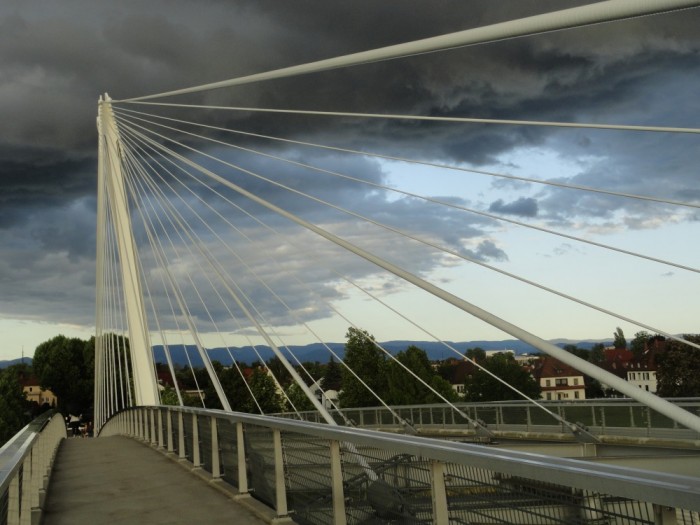 Earlier in the evening, I checked into Strasbourg 2 Rives, a hostel – part of the hostelling international network – located in the outskirts of the small city of Strasbourg straddling the border between France and Germany. Located next to the picturesque Jardin des deux Rives, this huge hostel meant business. Immediately after checking in, I took a leisurely stroll across the bridge to the German side. The river Rhine was flowing lazily and one could liken its smugness to the expression of a young girl when her lush tresses are caressed by a gentle breeze. A slight drizzle accompanied by cold winds was billowing the coats of cyclists as they passed me by.

Much to my delight, I was greeted by a rainbow. I looked around. The rainbow seemed to be wasting its beauty for I could seldom spot another fellow admirer. Now, behind a spire, now like an arch across the dead end of a charming street, now soaring high beyond tall trees, it was quite a sight to behold! Blessing my good fortune, I walked along the highway route back to the France side.

I had come to Strasbourg from Stuttgart by car with a couple of students doing internship at Bosch. Mitfahr just happened to link us together. We were caught in a long traffic jam on our way. People were so relaxed that a few took to jogging and a few took their dogs for a walk right on the Autobahn! As we entered France, I could feel my travel companions soaking in happiness beside me. Jovially, they regretted that they would not be able to call people fat and get away with it as they used to in Germany… 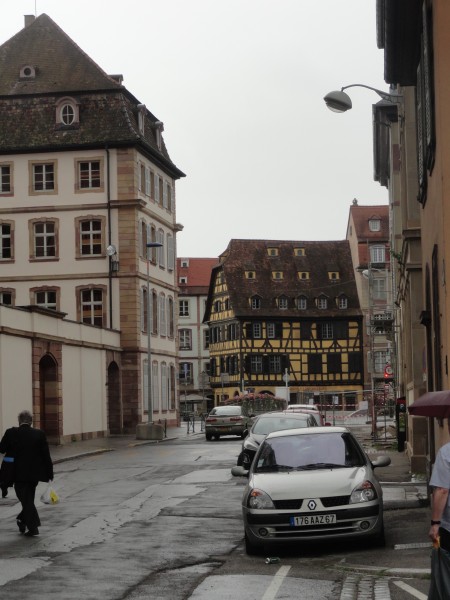 On Sunday, I woke up to a pleasant morning. Breakfast had an English flavor with an assortment of fruit juices to sample. At a quarter past nine I was at the Jardin des deux Rives bus station to catch a bus to Observatoire. There, I switched to tram line F – destination Elsau – on my way to La Petite France. A passenger suggested that I alight at Alt Winmarïk. With the entire day at my disposal, I insouciantly wandered the streets of this neighborhood. 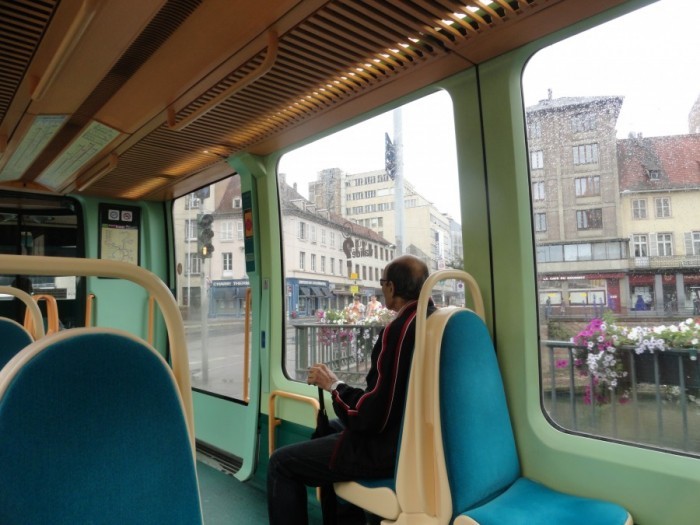 View from a tram 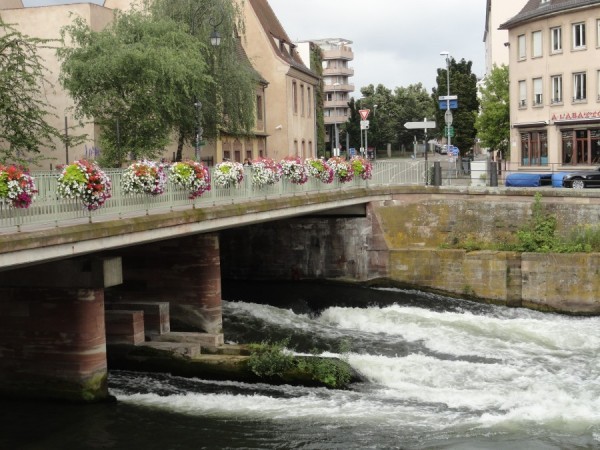 Passing by the covered bridges and the Vauban dam, I felt as though I was part of a beautiful dream, one in which my stroll would become part of a landscape painting that would adorn museum walls! Tastefully decorated houses epitomized stunning architecture; Souvenir shops sold fashionable bags, ceramic, paintings, postcards, wine and dolls. 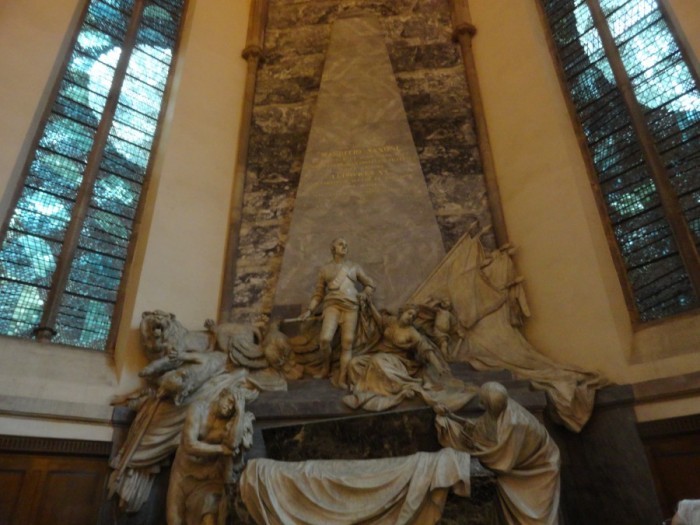 At St. Thomas Church (Eglise Saint-Thomas) crowds were milling about as it was a Sunday morning. Despite the general commotion inside, a feeling of peace swept over me as I sat myself on one of the long rows. My next stop was the Alsacian museum (Musee Alsacien). Whatever you do in Strasbourg, after you read this article, don’t miss visiting this museum. If ever one can experience the feeling of stepping inside a history book, rest assured you’ll experience it here in this very museum. The agricultural equipment, costumes, furniture, bedding, kitchen, stove, indeed each and every exhibit together with the reading of the guide book (one can get this while buying the museum ticket) made this a truly rich and rewarding visit. Two hours went by in no time! 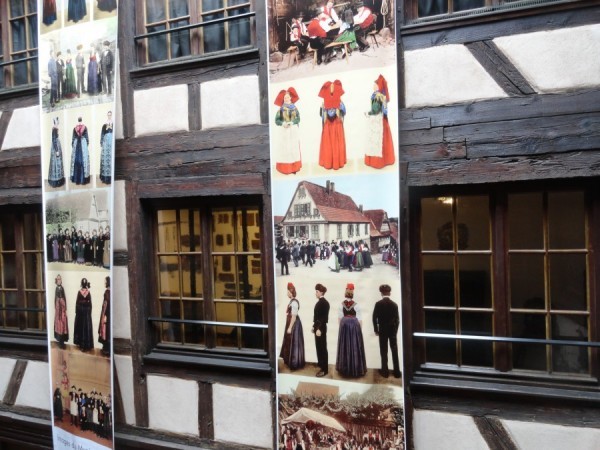 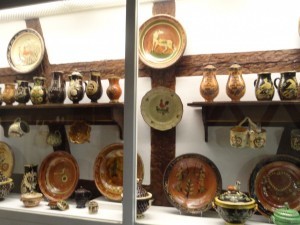 An exhibit at the Alsacian Museum

I needed some time to let the impact of the museum sink in. So, I headed straight to the nearest bus station, took a seat and literally closed my eyes. Then, like a recap scene in a movie, only slower, I revisited each exhibit in my mind’s eye!

For a late lunch, I went to the railway station (Gare Centrale) on a whim. It was one of the most fulfilling lunches; with every morsel of food, I ate in the happy memories of the morning. Indeed, any onlooker, if he were probed then, would have attested to seeing me wear a most contented expression. 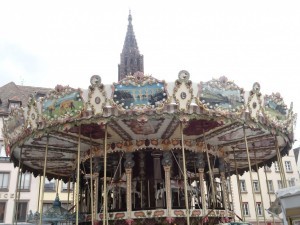 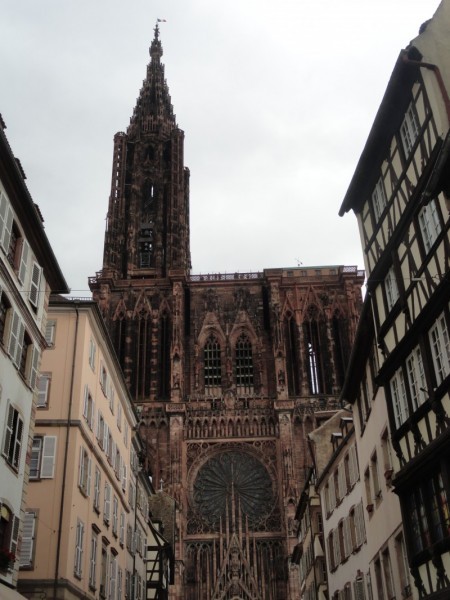 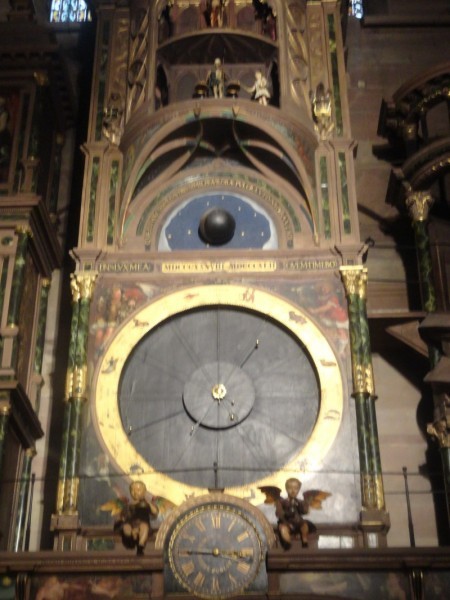 The cathedral was where I headed next (Tram stop Broglie on line C is pretty close). The square leading to the cathedral (Place Gutenberg) was abuzz with tourists clicking pictures and gleeful children running around. The cathedral’s very structure, grand and imposing, was simply awesome to behold. The interior was equally breathtaking with an astronomical clock occupying a prominent place. I got myself a couple of coins with the face of the astronomical clock as souvenirs. 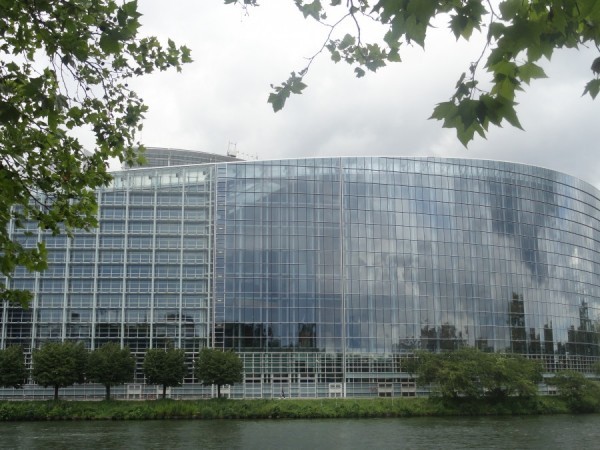 For once I did not want the weak sunlight to diminish. The sky continued to shed tears of joy, albeit intermittently. I took the tram line E until droits de l’homme (Human rights building). The European parliament was just one stop away. Curiously, Strasbourg is one city where plenary sessions of the parliament take place. 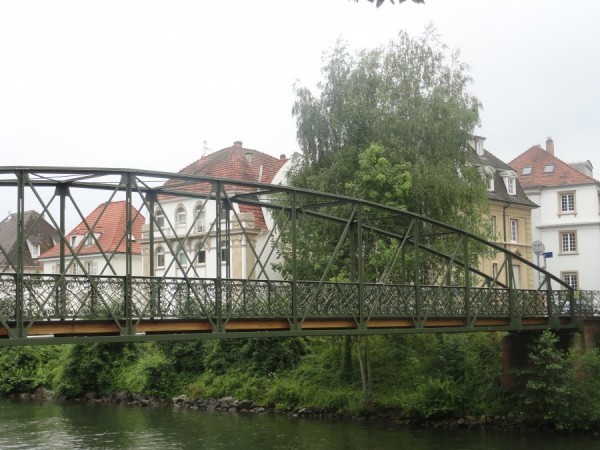 From the Orangerie Park 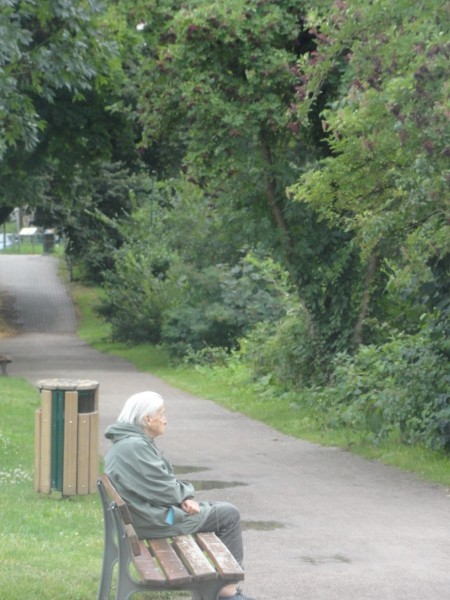 Close by is the Orangerie Park. At that hour in the evening, it was replete with joggers, cyclists and birds. At one turn in the park, I came across an elderly lady on a bench staring vacantly into the far distance. She was really looking inward, into some recess of her mind, perhaps trying to recall the heydays of her own youth when her city was tossed like a football by two power centers of the world! It was a moving sight and I left the place with the lovely thought that, if I could, years later, recall this day in another beautiful city I travel to, I would have lived life fully!