Beautiful Times in US – Orlando

It was almost one month in the US..and I had now started enjoying the food and weather. It was now time to meet the family. So the plan for the weekend was to go to Orlando. My Aunt and Uncle were there, staying at the Disney resort, for a vacation. As the place is very far, I had booked my flight tickets well in advance to avoid last-minute price hikes.

So I left office on Friday evening. It was a routine now to be dropped at Princeton…Take the NJ Transit to Newark Liberty Airport Station. From there I took the airbus to the airport. Must say the airports in these countries are so huge that one can seriously get lost. I didn’t check-in the bags so I directly went to the security counter. And the awaited happened… Me the intelligent self had forgotten to get my passport. The security people were not convinced with my PAN Card or my Company ID card and I didn’t have anything else to prove my identity. Gosh! It was frightening, standing in front of a US Security Guard trying to prove that I am a valid person in their country. After innumerable questions, he finally thought I was genuine and allowed me to go through after a stringent complete bag and body pat test.

I reached Orlando at around 1 AM in the night. The next task was to find the Disney Pickup Counter. The airport is so huge that it is divided into two sections A and B and having over 50 terminals. After numerous attempts at reading the maps (Thank God my Uncle had sent me everything and I had printed copies along). After reaching the counter the things were smooth and soon I boarded the bus which would take me to the Disney’s ‘Old Key Resort’. Reaching there, I went to the hospitality centre and they gave me keys to my uncle’s villa. 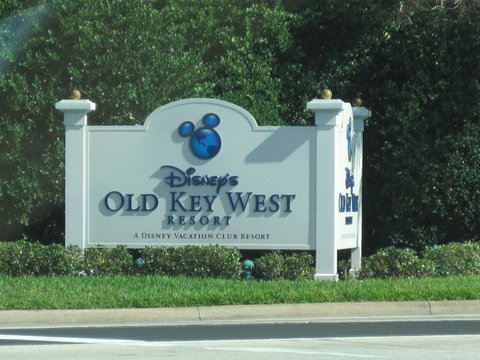 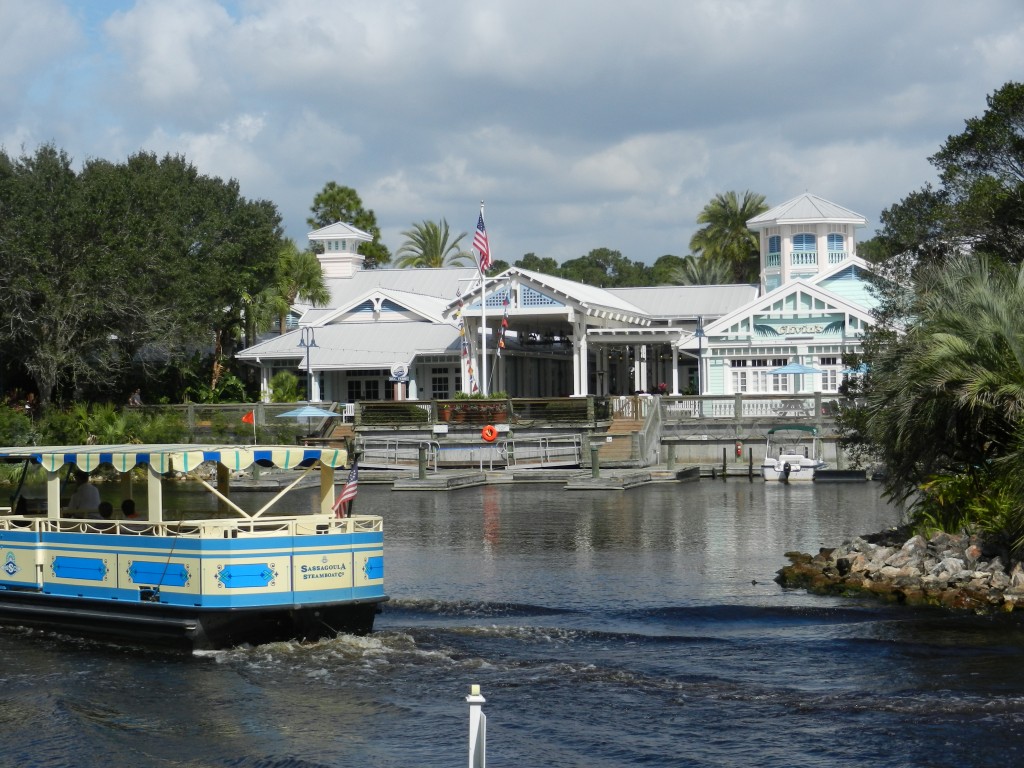 Lake within the resort

As I was there just for 2 days, I had to squeeze in as many places as I could visit. I woke up at around 7 and started planning my day. Disney keeps special hours for their in-house guests which I wished to use. My uncle had arranged a Hopper Pass for me so I could hop between the parks at will during the day.

The Walt Disney Company is an established leader in the American animation industry and has diversified into live-action film production, television, and travel. Walt Disney Parks and Resorts is the segment that manages the company’s theme parks and holiday resorts. This place has so many vacation resorts and recreational activities that one can never run out of options –

Epcot – divided into Future World and World Showcase (represent the culture and cuisine of these 11 countries).

These resorts are so varied in their architecture and style that one can always pick one as per one’s taste.

My day started at around 8 AM with Hollywood Studios Park as my first destination. The park is a mix of attractions. My first ride was the Thriller tower – a ride where you have a 13-floor drop. Then, I visited a hall where many of the Oscar awards are displayed with a session with a famous cartoonist who teaches you how to make different cartoon characters. After that, I took an interesting tour. The first part of the tour was a show which showed how exactly the action scenes are shot. It was a fire and water sequence where 5 volunteers were asked to act and a movie was made of these shots. Then in the second part of the tour, we were taken on a train ride into the real sets and explained how movies are shot, costumes, props and everything about making animated movies. 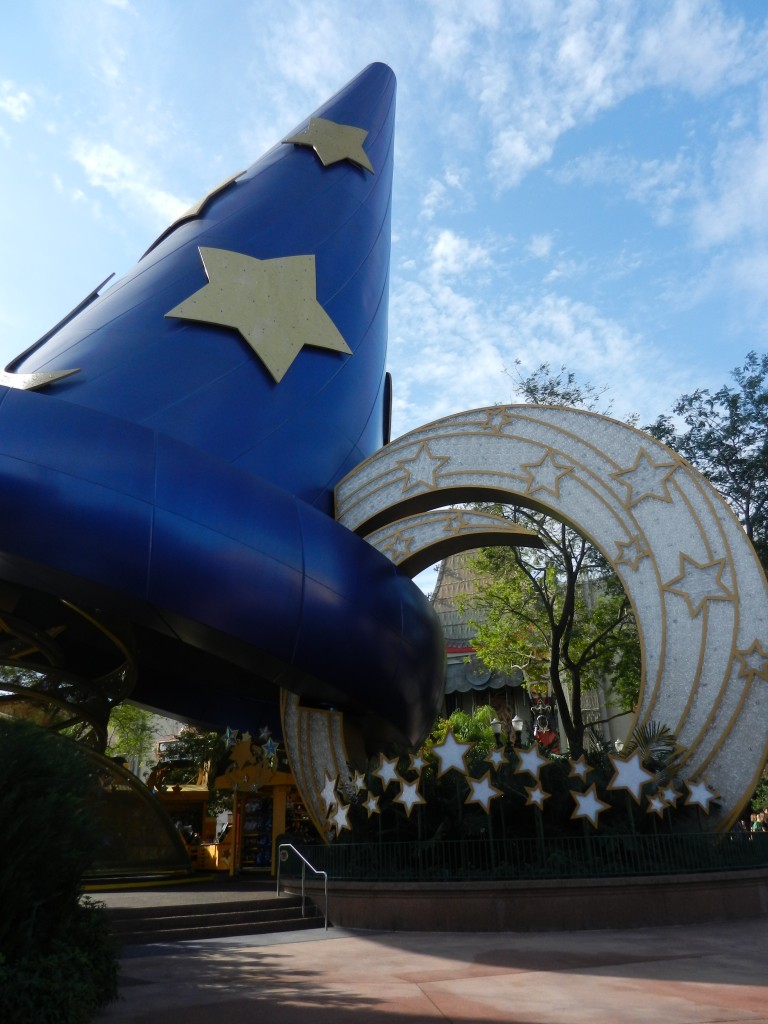 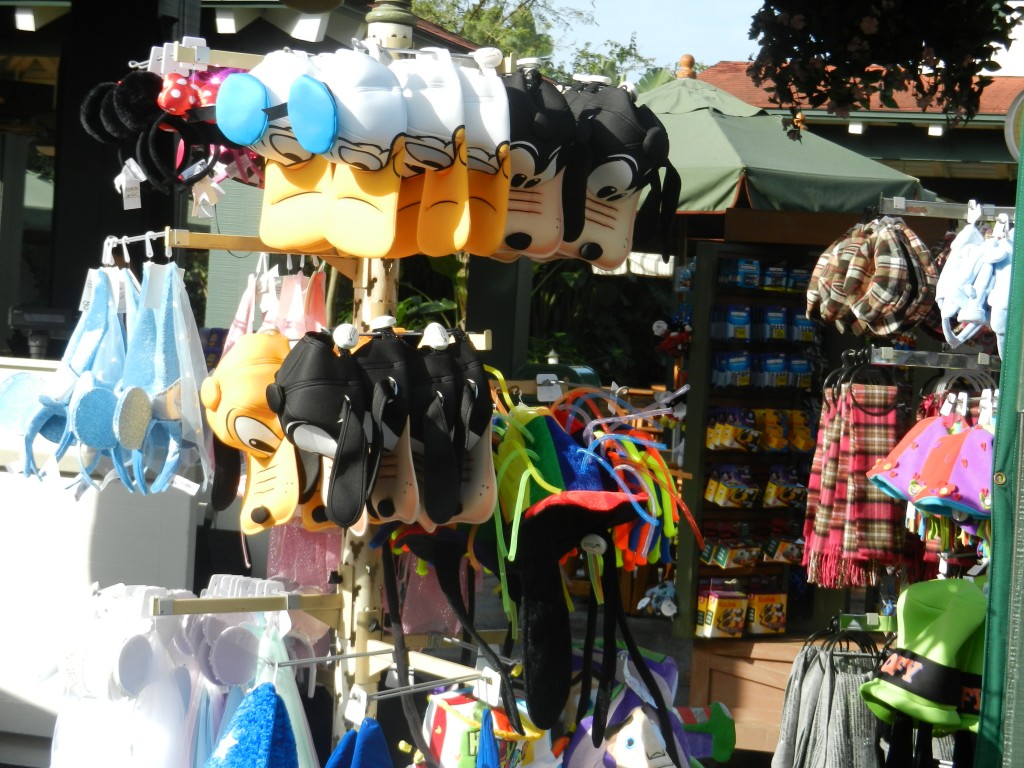 Goodies being sold at the parks

Apart from this other attractions included 3D movies, American Idol experience for kids, live band and dance performance and life size sets that can make you feel you are in a different city altogether. 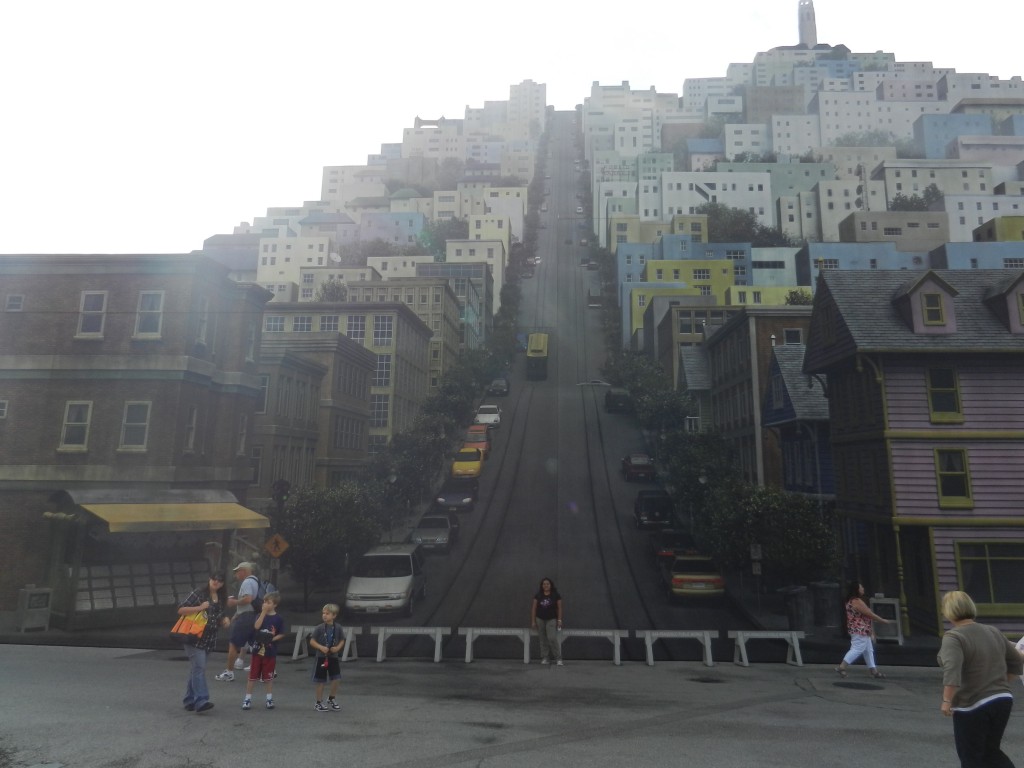 After lunch I planned to visit Epcot. The bus dropped me outside and the first thing i noticed was the symbolic ball like structure. This is soo similar to the Matri Mandir in Pondicherry, just that it is silver in color. The structure is actually the SpaceShip Earth Ride. Here, they take you from the beginning of life to the future. 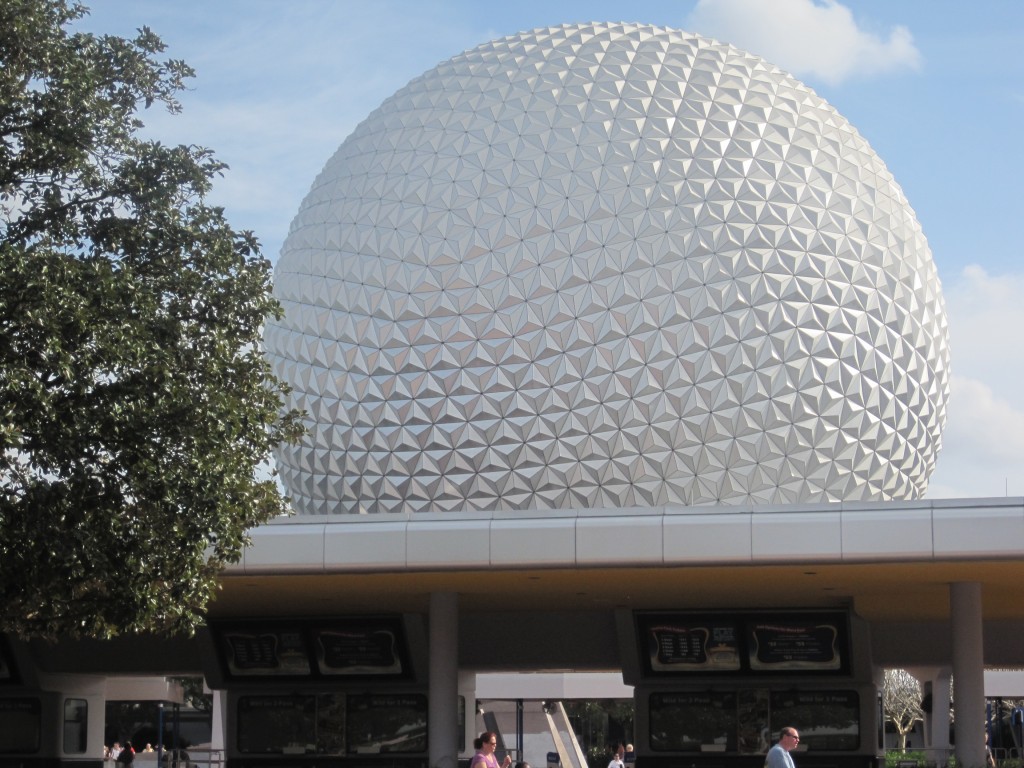 I enjoyed many rides –Test Track (Cars speeding to 600 miles/hr) and Mission Space. Apart from these rides as you go a little deeper into the park, you see a beautiful lake and surrounding it are structures denoting the 11 different countries of the world. I took a ferry to the opp. bank and walked around enjoying the different cuisines. At sundown there are many dance and musical performances making the place vibrant and all the more interesting. 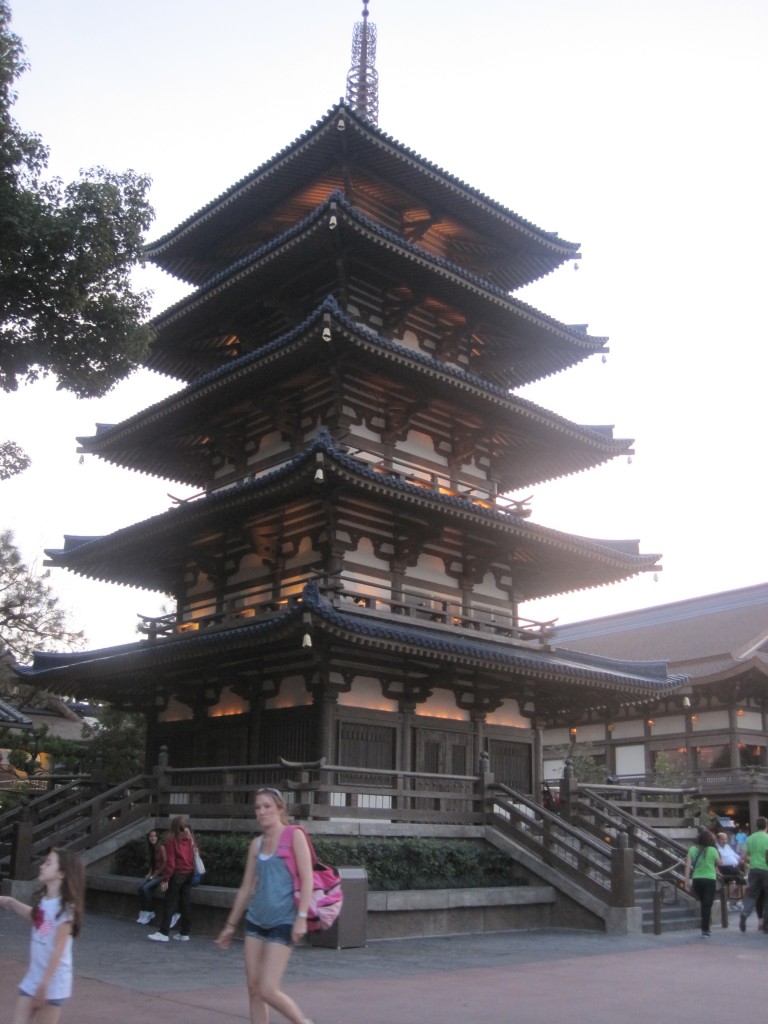 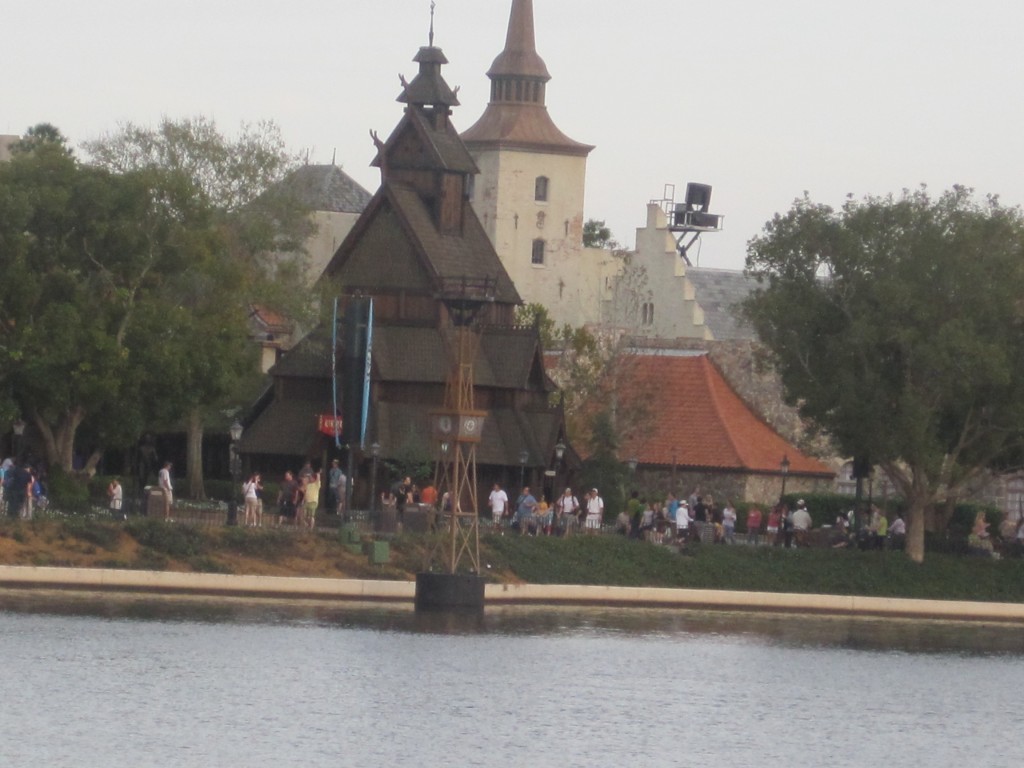 After sunset I decided to go to Magical Kingdom to catch the famous Fireworks above the castle. The scene was mesmerizing and saw the fireworks light up the sky in awe. Magical Kingdom is sub divided into parts – Fantasy Land, Adventure Land, Tomorrow Land, and Frontier Land etc. The rides here are cute and mainly for kids. I enjoyed some rides here as well – Big Thunder, ‘it’s a small world’, Haunted Mansion, Space Mountain and Carousel of Progress.

I agree that most of the rides and attractions at Disney are for kids but is nevertheless a place one must visit at least once in a lifetime.

I reached back at around midnight totally exhausted. Crashing into the bed, I immediately went to sleep.

Next day was family time and enjoyed the beautiful morning with my Aunt and Uncle followed by shopping in Afternoon. At night I started packing when I realized that my Aunt had cooked almost 10 different varieties of food for me to carry back(Some perks of being at home and being a Gujarati :D) I stuffed my bags to their maximum capacity and left for Airport.

Orlando was a beautiful experience. It has so many attractions packed in one city that even a month can be less to explore it completely. Hope to visit it soon…