Beautiful Times in US – New York

After 5 days of hard work…the weekend was finally here to greet me again…This week’s destination was the City of New York..!!

This time it was Roy, Ritesh and Me together and we planned to take the NJ Transit train from Princeton Junction. Vinay dropped us off to the station and we were to buy our tickets from the vending machine outside the station. We swiped out card, took the receipt and happily boarded the train without the tickets. The ticket checker was kind enough not to fine was for our foolish mistake though he scolded us a lot..

At last..we reached the New York Penn Station and aahhh! what a feel.. 🙂 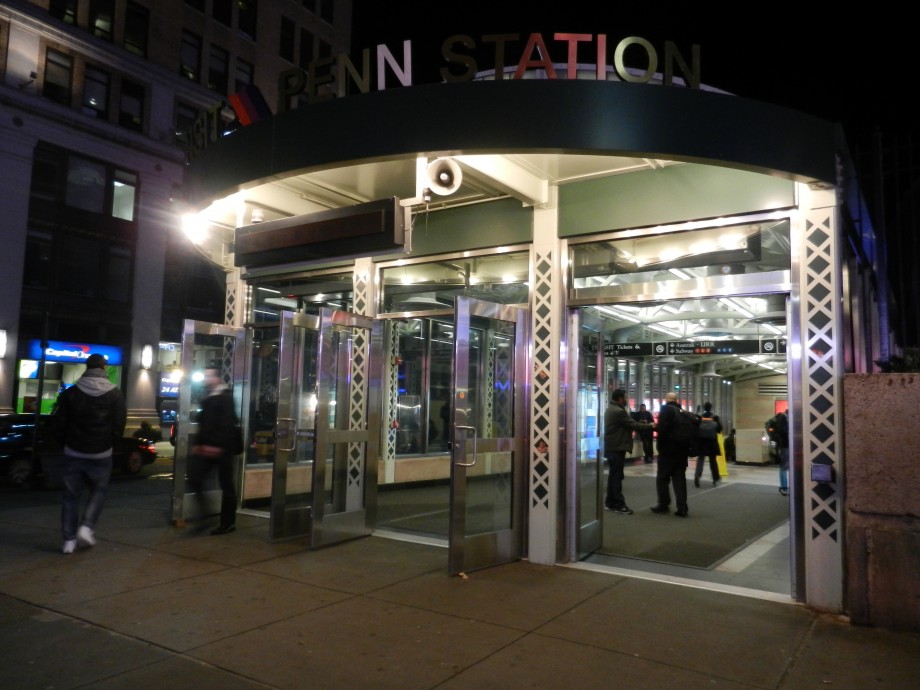 New York city has 5 boroughs – Manhattan, Long Island, Queens, Brooklyn and Bronx. Manhattan is the oldest and the most densely populated of the five boroughs, located primarily on the island of Manhattan at the mouth of the Hudson River (separating NJ and NY).Manhattan is a major commercial, financial, and cultural centre with many famous landmarks, tourist attractions, museums and company headquarters. Wall Street in Downtown Manhattan, New York City functions as the financial capital of the world. 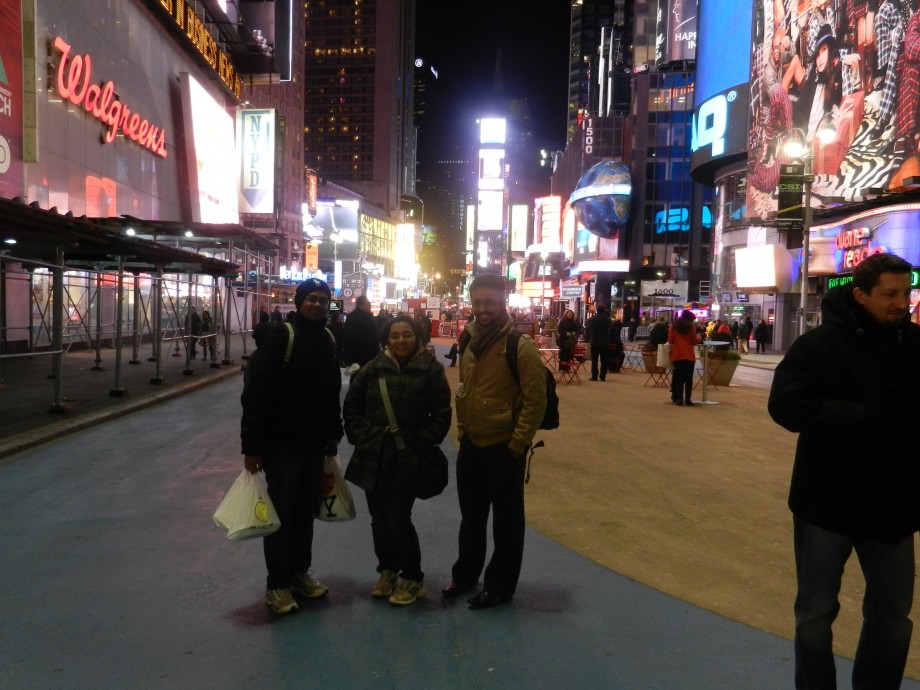 According to people in US, NY is crowded. But must say i was elated to see soo many people around. The streets are lively with a lot of lights, shops and people. So we waited a little and met Adi and then began a pre-tour of the city. We walked past the Madison Square towards the Times Square, had the first glimpse of the Empire State Building and the Chrysler Tower and enjoyed some tasty road side food. After roaming around till almost midnight, we decided to go to Adi home at Long Island and sleep.

Next morning was a bunch of other fiascos.. We woke up late, we left from home much later in the hope to hire a car which we somehow couldn’t and… and…I forgot my camera at home ( :(( the worse mistake of the day). So finally we reached the Manhattan at around 2PM. First we ate at an road side Mexican Restaurant, where we had burritos, enchiladas and Sangria.

Savouring the yummy dishes…we went to down town Manhattan to the Battery Park. Its the place from where the ferries depart for the Statue of Liberty and Ellis Island. After the security check, we boarded the ferry and went to the open deck. It was cold and very windy yet the beauty around had mesmerised us. As the ship moves away, you will notice the astounding skyline of New York. The gold-silver glass building making up a fabulous site to click a lot of pictures.( Yes…we tried our phones but they were not very helpful..). As we reached to the Statue of Liberty, we were elated. We were standing at the place we had just heard of or seen in pictures. It was a beautiful site. We walked around the statue and viewed the city from the binoculars placed at strategic points. 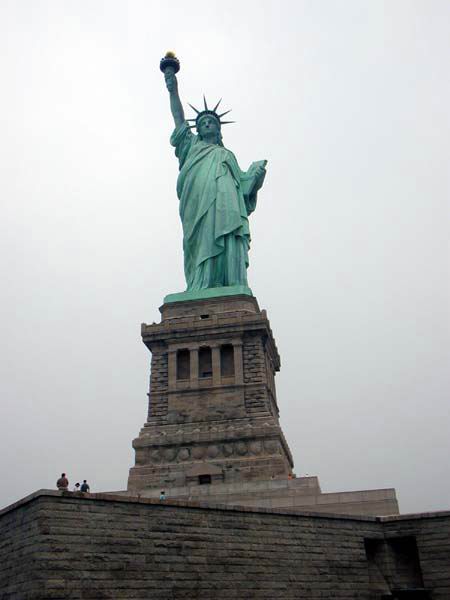 Skyline as seen from the Ferry

Returning back.. We walked through downtown Manhattan. We passed the Wall Street, saw the iconic Bull and many financial institutes. Going further we crossed the site were the World Trade Centre is being rebuild, now known as the Freedom towers. We passed by a beautiful church and several beautiful structures.

By this time, the sun had started setting and it was time for some shopping. Ahh.. a girl’s dream come true, NY has many big shops selling clothes and accessories at a very low price. One can also find very realist copy of big brands here. After some time checking out the shops we went to Times Square to experience it once again. Its a different feel once u are there, the lights, the people.. just makes you brighten up and feel happy. World’s largest store of Macy’s is also in New York.

Roaming around we suddenly decided to buy tickets for a late night comedy show. After dinner we reached the place. It was over crowded with people wanting to have the best seats. The show was really good and had some comedians from famous TV shows. The jokes didn’t spare any one from Jews to Italians to Asians… :). We return home by the famous drunk train(Anyone who would have watched HIMYM would know..)

Next day, we reached Manhattan again by 1 PM. We first went to have some Kati Roll and other delicacies. We had to choose between the Madame Tussads Wax Statue Museum and Ripley’s Believe it or not Odditorium. We initially thought we could see them both in a day. So first we went to Ripley’s. But the Museum is soo hue that even a day can be less if you wish to see every thing in detail. The articles and facts on display were really fascinating. From Bearded Women to three legged man. From ways to torture to the unique skull reduction technique to preserve the dead and what not. The place was full of jaw dropping articles and it took us over 4 hours to just scan through the place..

After taking numerous pictures and enjoying a laser race we left the place to go to the Empire State Building. As you walk down the road you will notice many different artists – someone painting the caps, some musicians and even caricature makers (I got one for myself..:D) 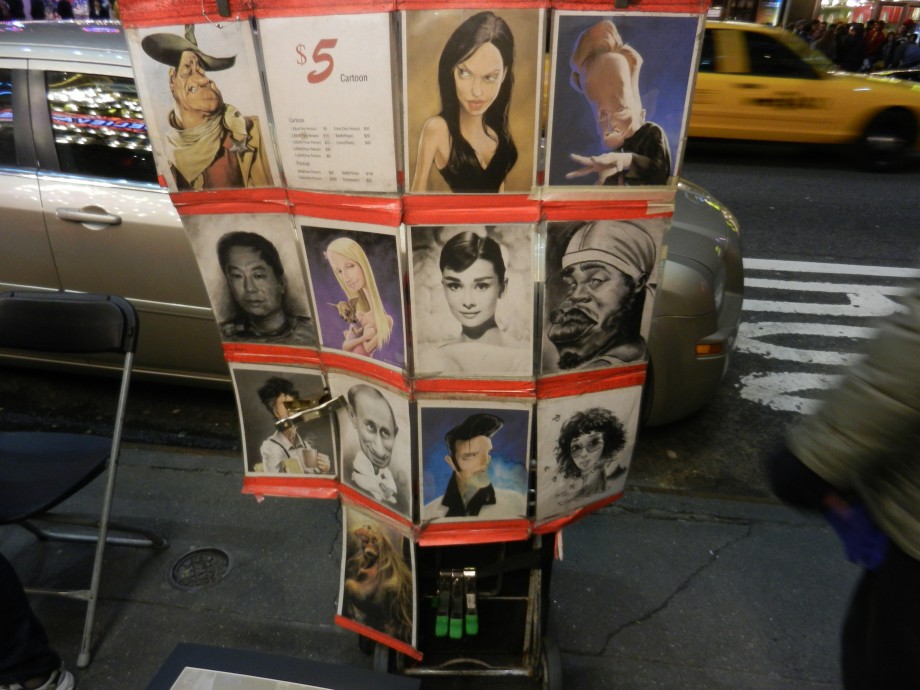 At Empire State Building we decided to take the Sky Ride along with the observatory ticket for floor 86. The skyride is an interesting simulation that gives an effect that you are flying over and within the New York City. One can see all the major buildings, Statue of Liberty, Brooklyn Bridge and even the streets. It also explain the history and geography of New York. This ride was really fun. After this we went to the 86th Floor Observatory. First went you get off the lift you reach a glass room. As you step out of this room you see the much awaited night view of New York. The sight is mesmerizing and you would want to take a lot of pictures…but.. the point is if you are able to. The wind was chilling and soo furious that we felt would be carried along with it. After numerous efforts, we managed to take a few good pictures. 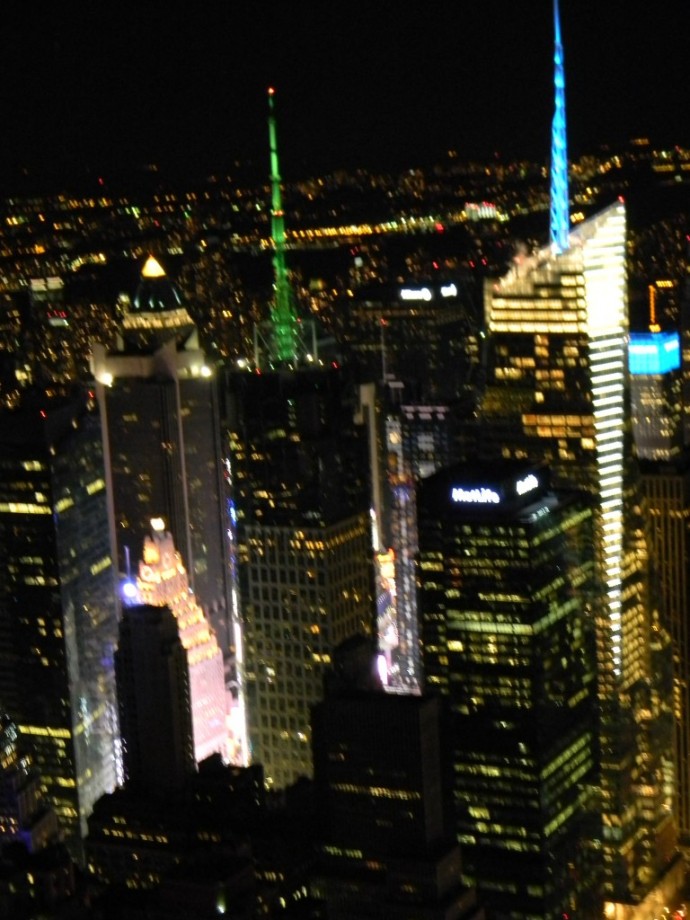 From the Empire State Observatory

The Empire State Building is a 102-story landmark skyscraper and American cultural icon in New York City.  It stood as the world’s tallest building for 40 years, from its completion in 1931 until construction of the World Trade Center. Empire state building has featured in many movies of which the most famous was the 1933 film King Kong, in which the title character, a giant ape, climbs to the top to escape his captors but falls to his death after being attacked by airplanes. 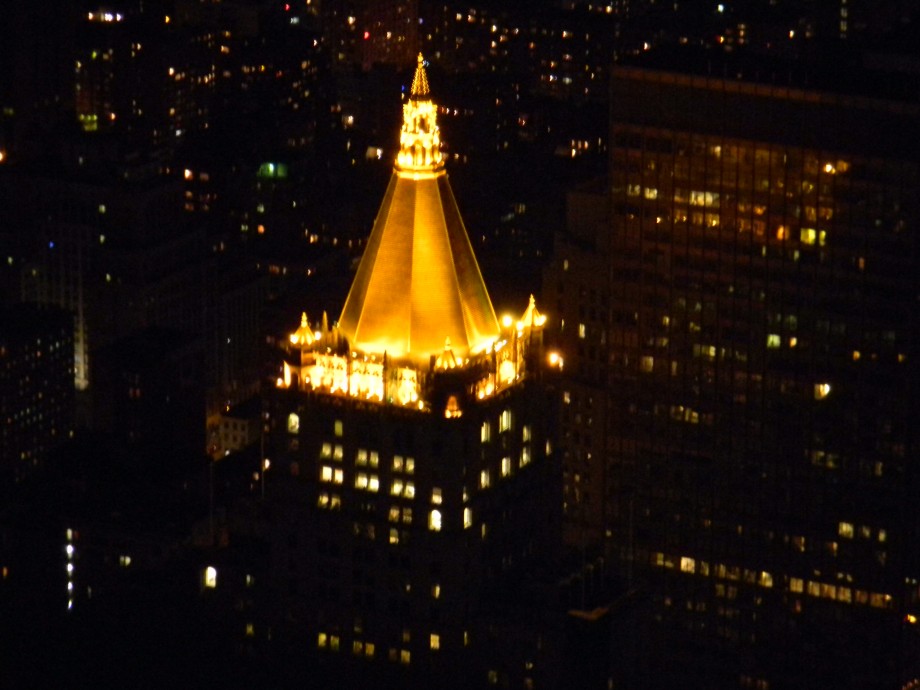 Site in the night

This was the last of our site seeing in New York. Soon we took a train back to Pennsylvania to return to our monotonous lives. Must say.. New York was surely the best of all I visit in my short stay in the US. 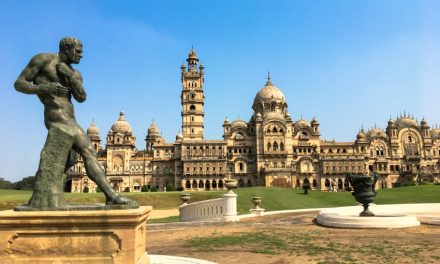 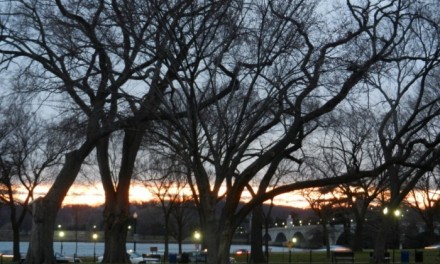