It was now over a month, that I had come to US. There were still many more placed I had to tick off before I go back home. So, a colleague and I planned to visit Baltimore and Washington D.C. We took a guided tour from gotobus.com.

So our trip started with half a day tour of Philly. We started for Baltimore by around 4PM. The winter had caught us.. That weekend was supposed to be the coldest in the entire season. The avg. temp was around -5 degrees and the winds were not in our favour either.

Reaching Baltimore we directly went to the Inner Harbour. The disadvantage of a guided tour is the limited timing. The guide gave us just 45 mins to visit the entire harbour. 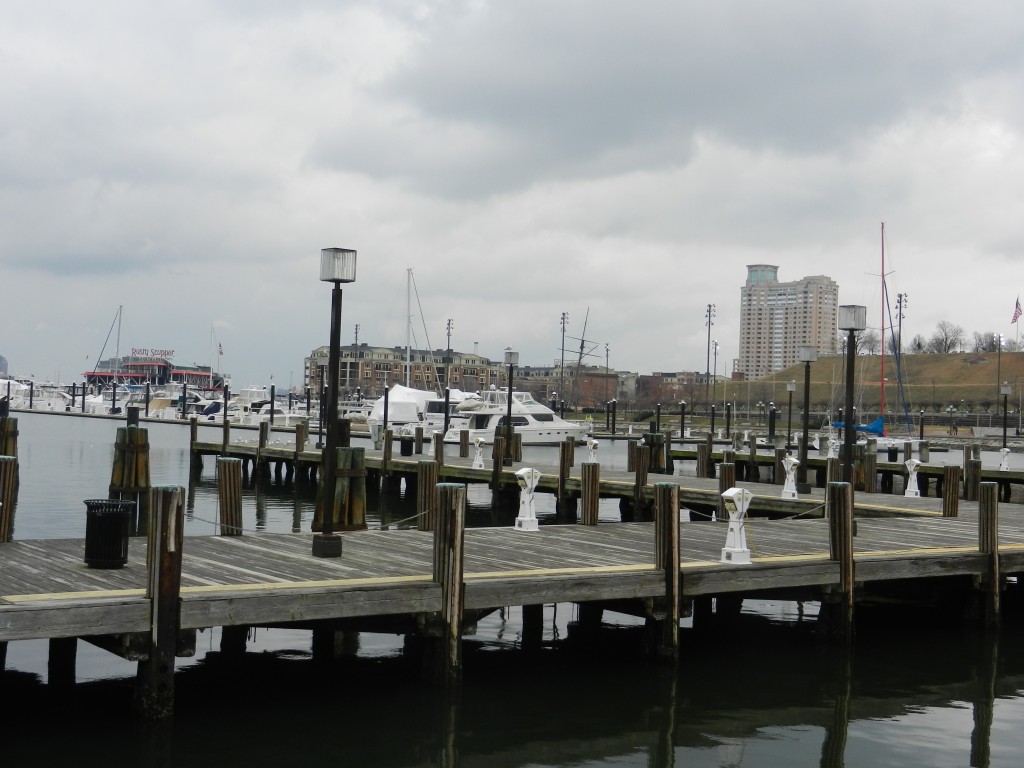 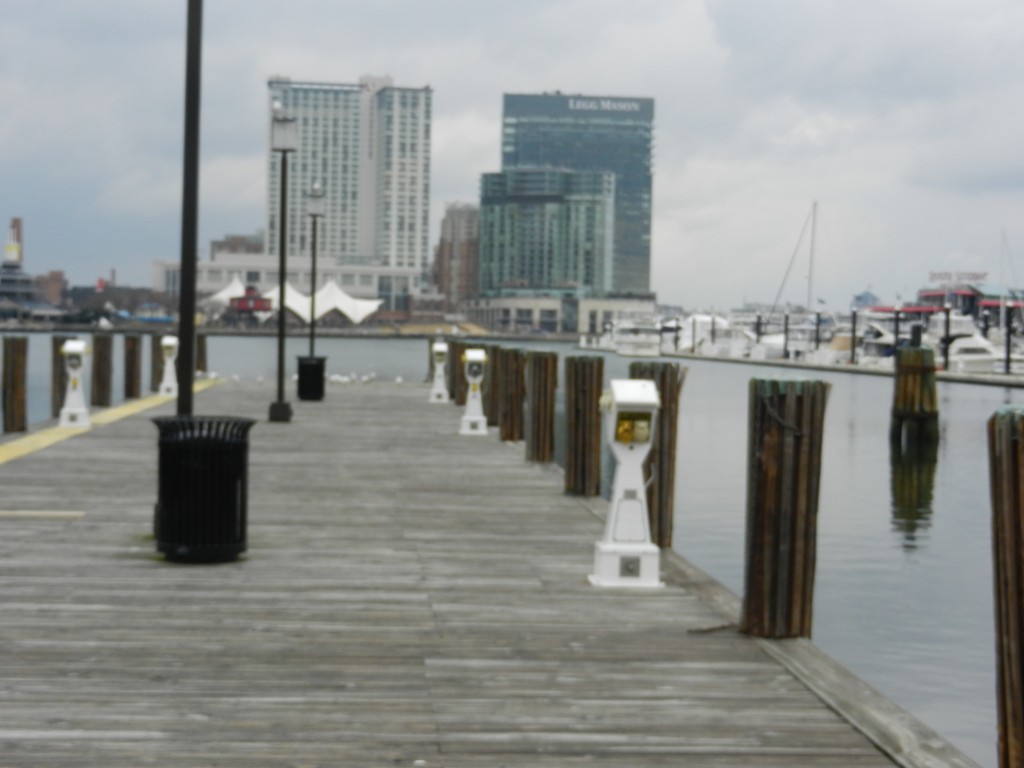 View from the harbour

We started with the Maryland Science Centre. It has a huge dinosaur on display which attracted us inside. It had many interesting displays. Rushing to our next site, we visited the National Aquarium houses sharks, dolphins, rays and tropical fish among the more than 16,000 creatures in naturalistic exhibits. It was a wonderful site. 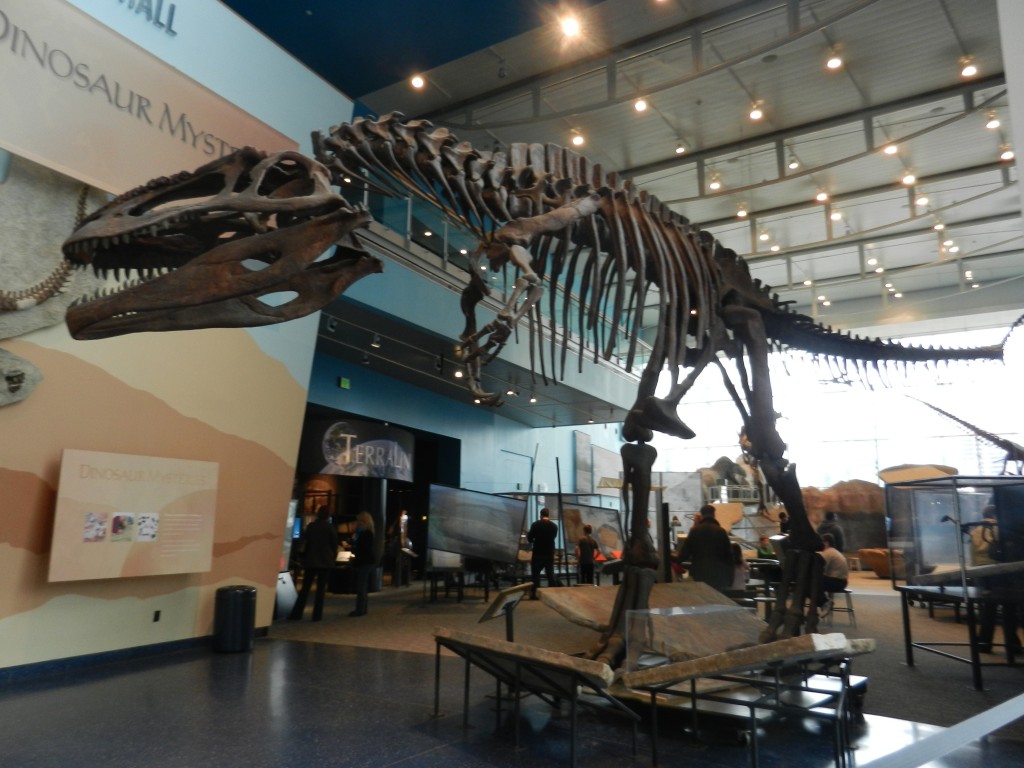 Dino Model at the museum

The harbour has many restaurants built on the ships. Even some interesting cruises run during the summer months. We couldn’t experience any of this as our timing was all wrong.

Rushing to the other side of the harbour, we saw some historic ships. Historic Ships in Baltimore represent one of the most impressive collections of military vessels in the world.

The first ship we saw was the USS CONSTELLATION. It was constructed in 1854 as a sloop-of-war. It has been a part of the US troops in many Civil wars along with World War I and II. 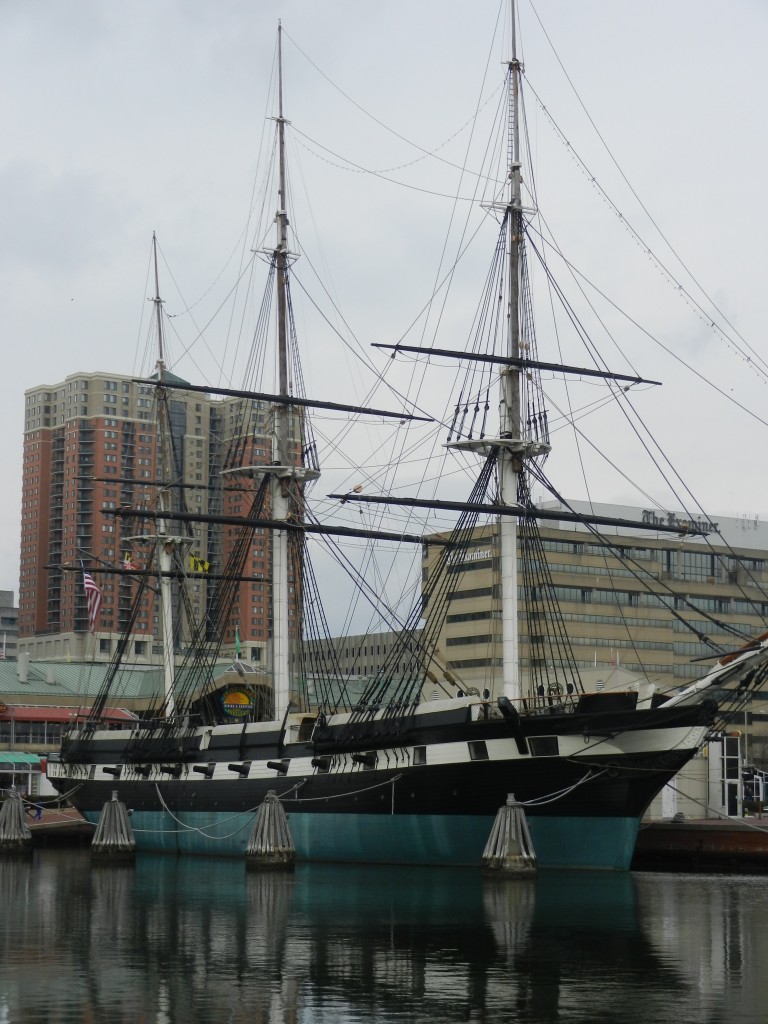 The other one we saw was CHESAPEAKE which is a light ship. It served in the United States Coast Guard. Apart from these there were many others which all together make the Baltimore National Heritage Area.

This is all the constrained time allowed us to see in Baltimore. We got back into the bus to go to our next destination – the capital of USA – Washington D.C.