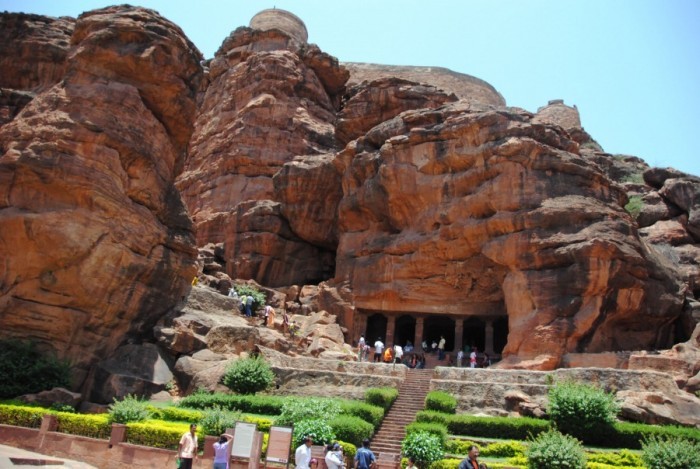 My first outing after coming to Pune happened in the form of the C30 (Our training batch in TCS) reunion. So one hot Friday afternoon, Supi, Sanjeev, Nirmal and me set out to Belgaum (the de facto headquarters of C30). Brave Supi drove for the whole 400 odd kilometers and braver us sat quietly through the journey without even a show of panic. 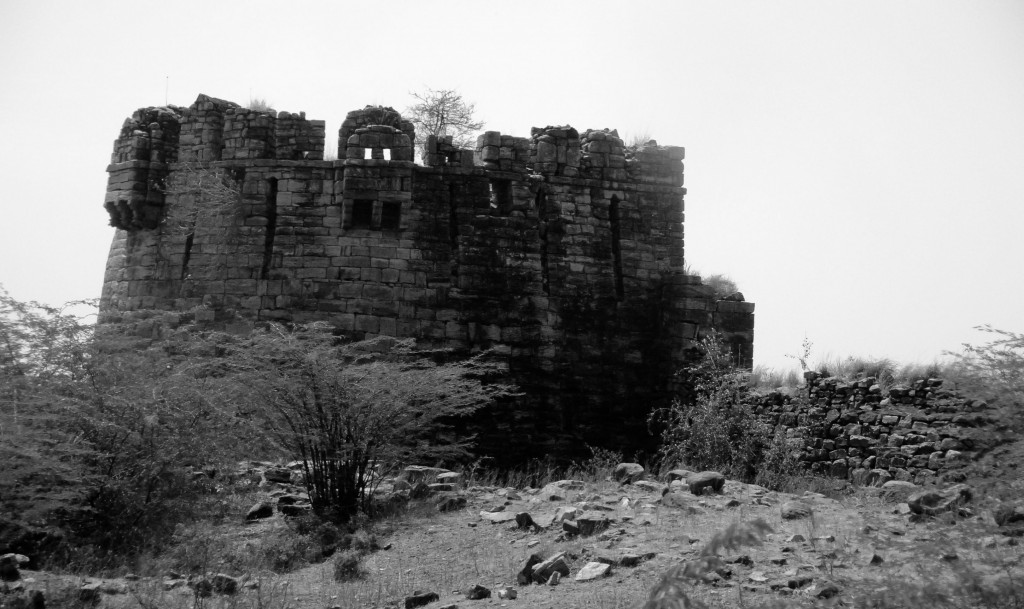 Ruined forts along the way

On the second day of our stay in Belgaum, we decided to go to this place called Badami Caves. Our generous host Sourabh told us that it was a famous place (though I had never heard of it) and would be a great 1 day get away. So the seven of us started in the morning, this time Sourabh doing the 340 km driving. The journey was uneventful except the ruined forts (not one but three! ) that we came across in our way. 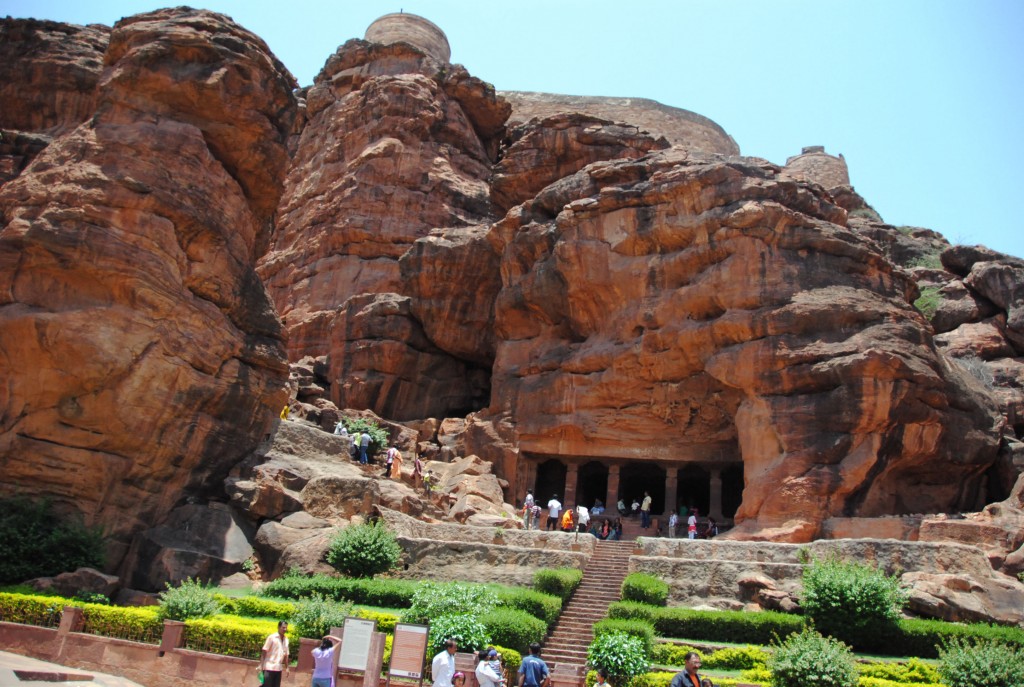 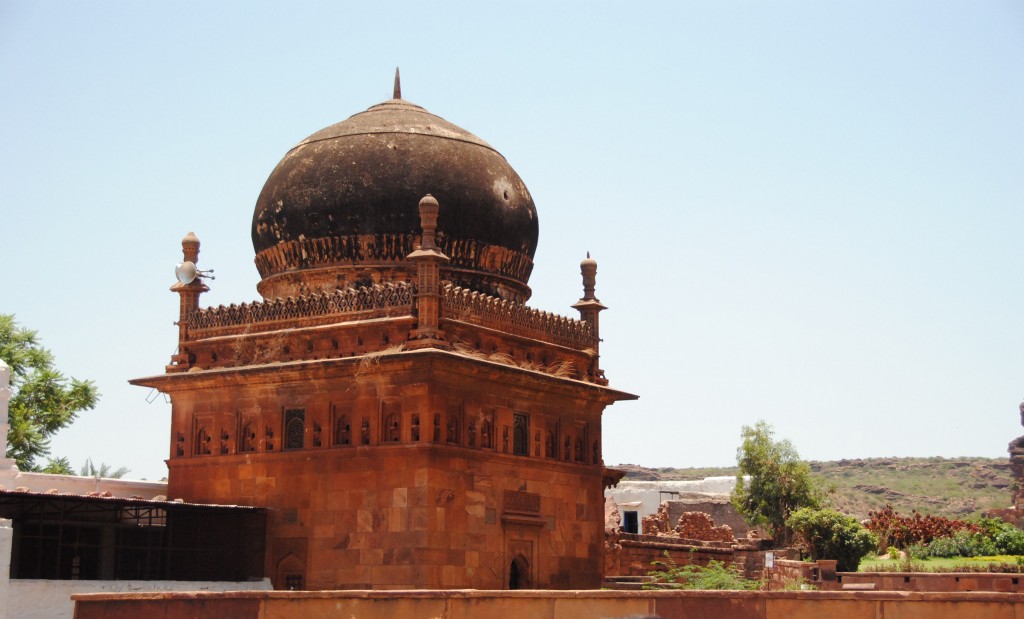 It was afternoon by the time we reached the caves. I hadn’t expected much from this place and hence wasn’t ready for the spectacle which was in front of my eyes. Instead of a set of caves and some carvings, I was looking at a tall sandstone rock with a fort on the top with cannons and all and caves with carvings able to attract someone standing afar. There was also, a mosque made of red sandstone standing in the vicinity. So we took our tickets, hired a guide and started exploring the caves. 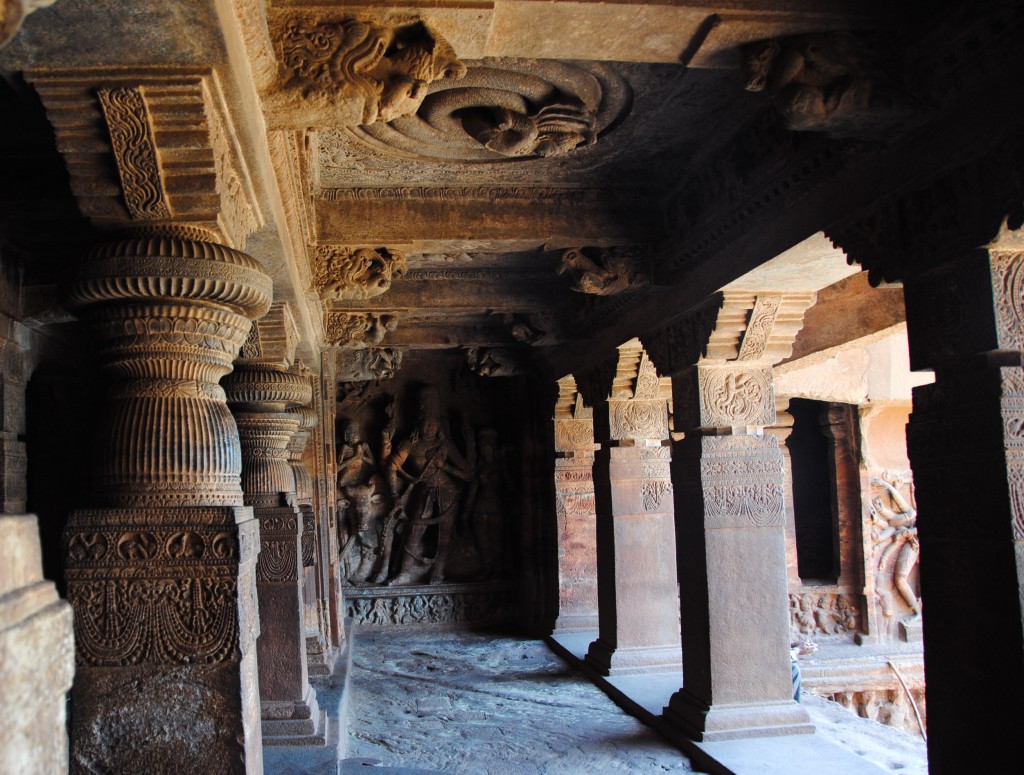 Built between 600 AD to 700 AD, the Badami Cave Temples are a classic example of the Chalukya Architecture. The architecture is a blend of the North Indian and the Dravidian Styles and is striking in its richness and intricity. The caves are similar in architecture with a garbhagriha, mandapa and a veranda supported by exquisitly carved pillars. 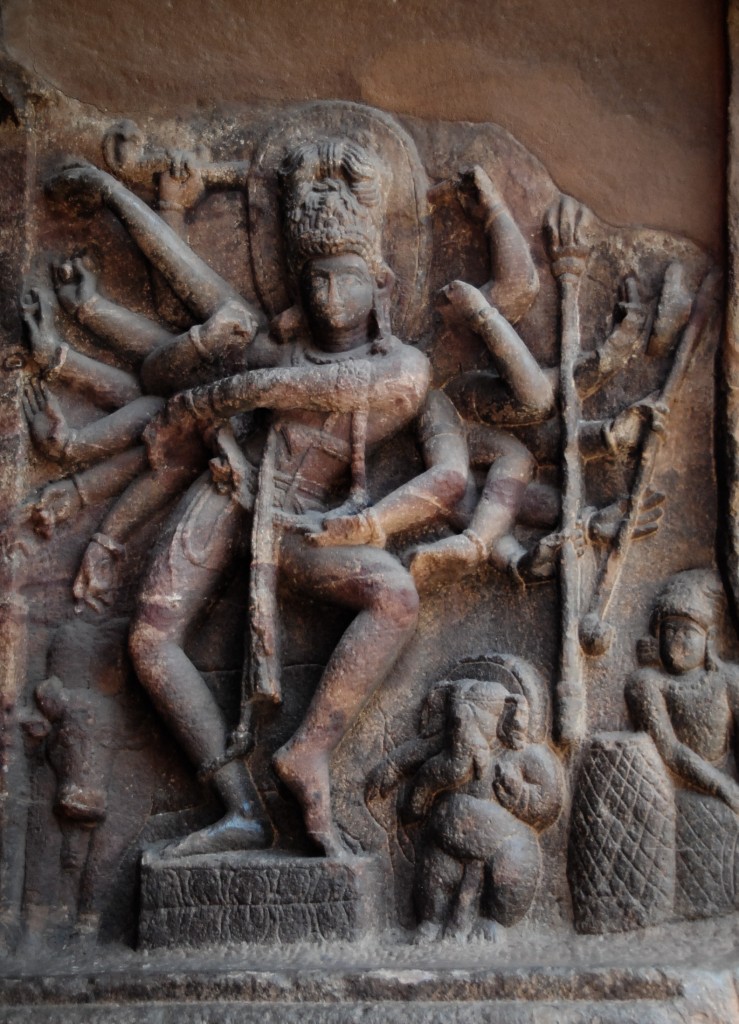 The Tandava of Shiva 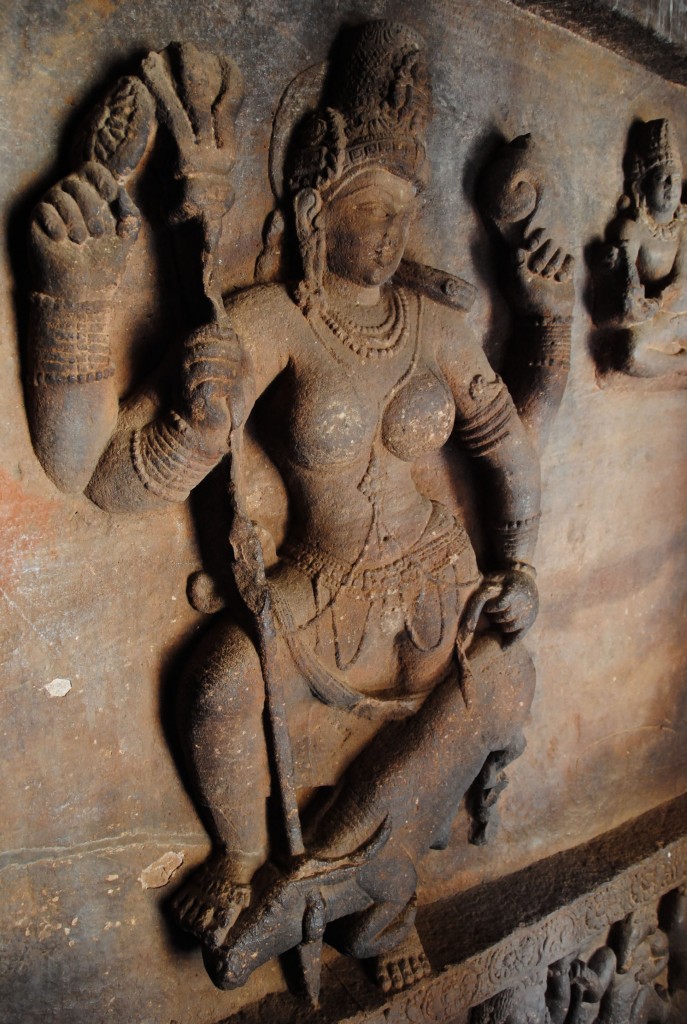 The now sleepy town of Badami was infact the capital of the mighty Chalukya empire in its earlier days. There are four cave temples in the main rock, three Hindu and one Jain. The first cave comes after climbing a few steps. The first image you come across is a figure of Shiva in his Tandava dance, his eighteen hands showing the different postures of the natya-shashtra. There were beautifully crafted figures of Mahisasurmardini and Sheshanaga. The main hall was supported by engraved pillars and there were engravings on the pillars and the ceiling which took you directly to the pages of Kamasutra. However, the shirne was empty ! 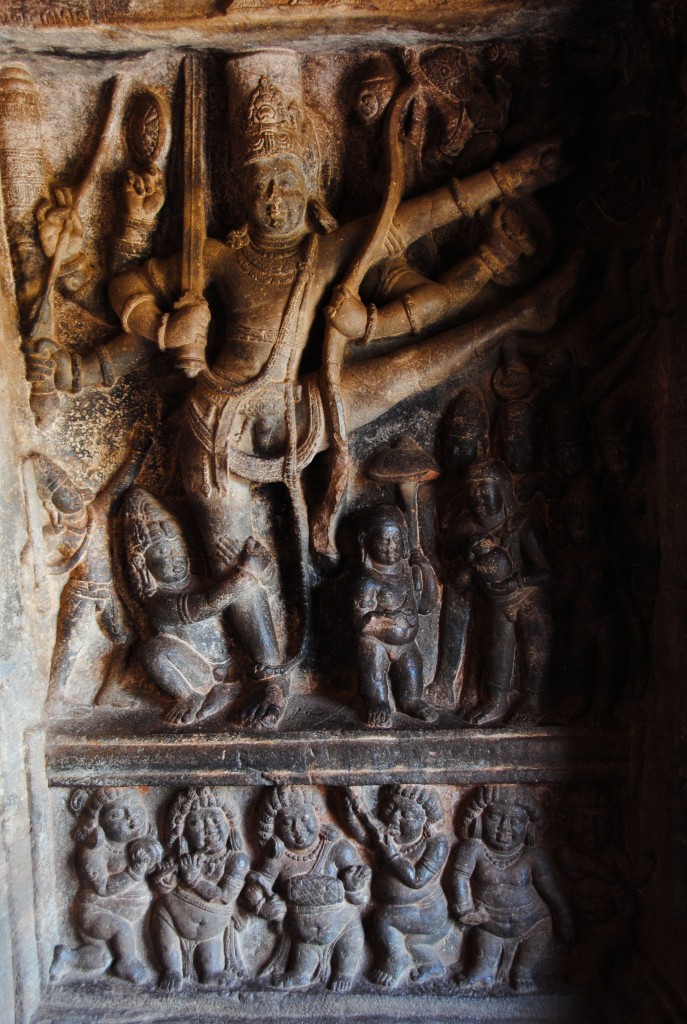 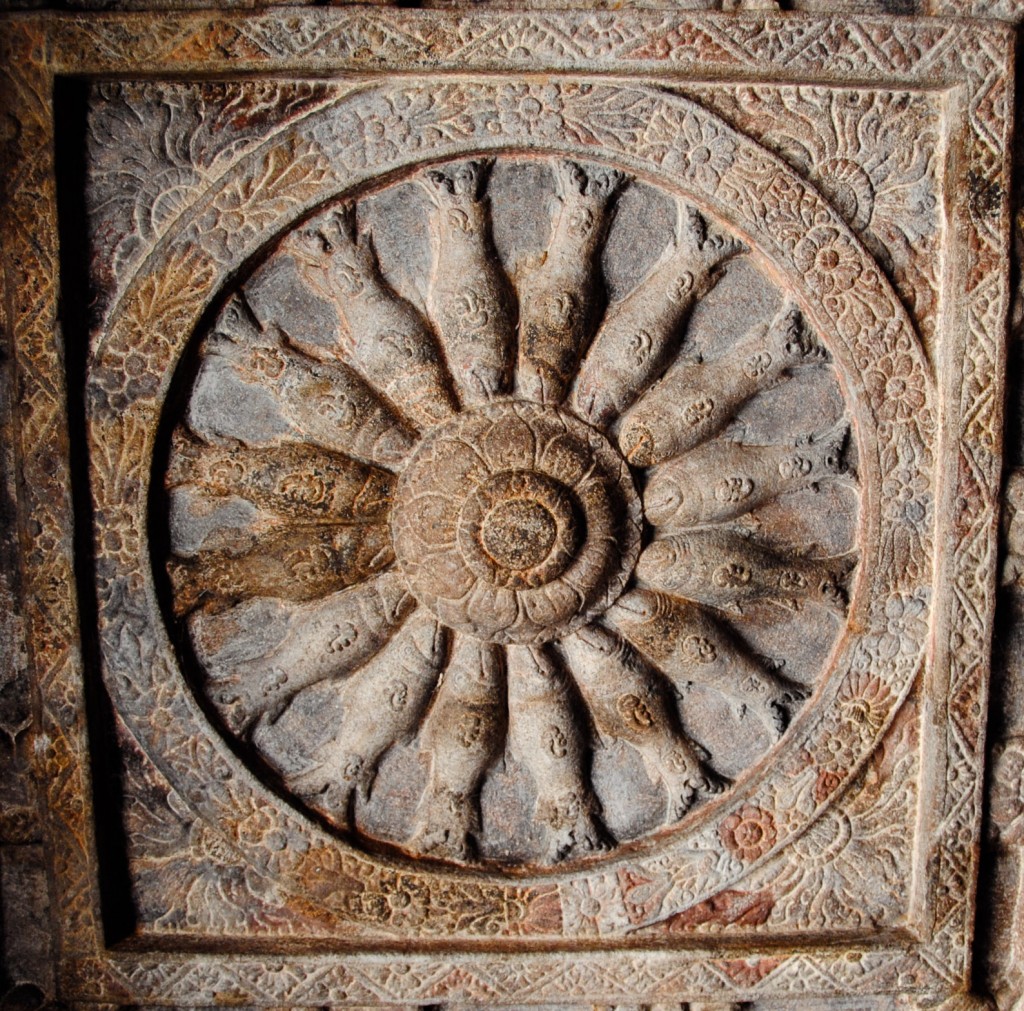 The second cave was dedicated to Vishnu, the stone relief depicting the story of the Vamana avatar of Vishnu and King Bali. One foot of Vishnu was on the ground and the other in the sky, with Bali eventually offering his head for it to be rested. There were also depictions of the Varaha and Narsimha avatars of Vishnu with extremly powerful (yes that is the word I would use for them) figures. One couldn’t help but be amazed by the brilliance of the craftsmen who had built these structures. 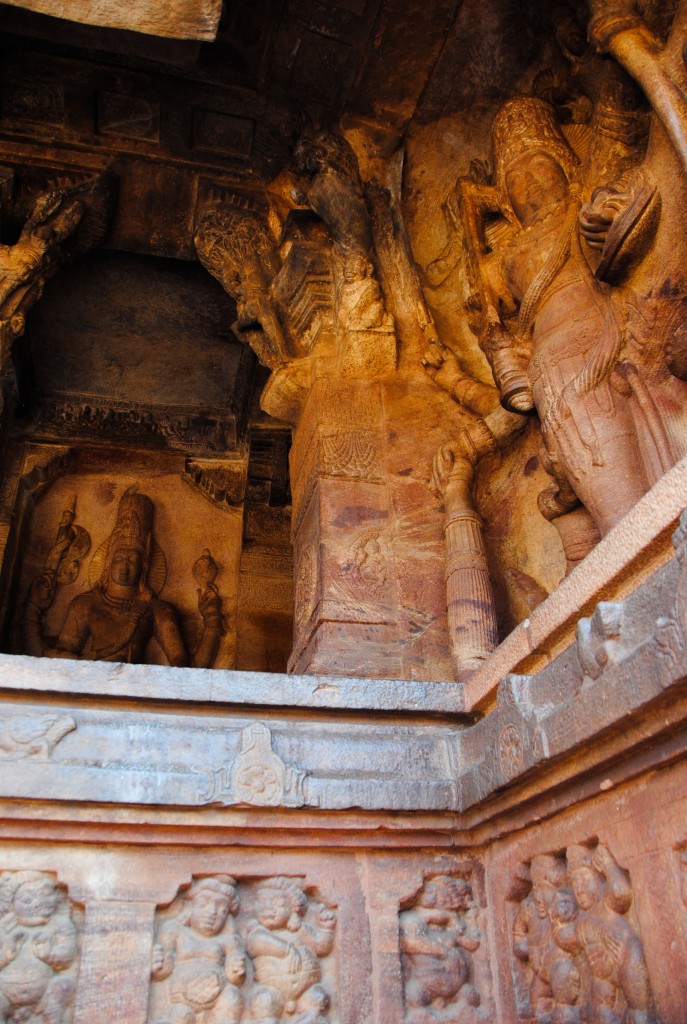 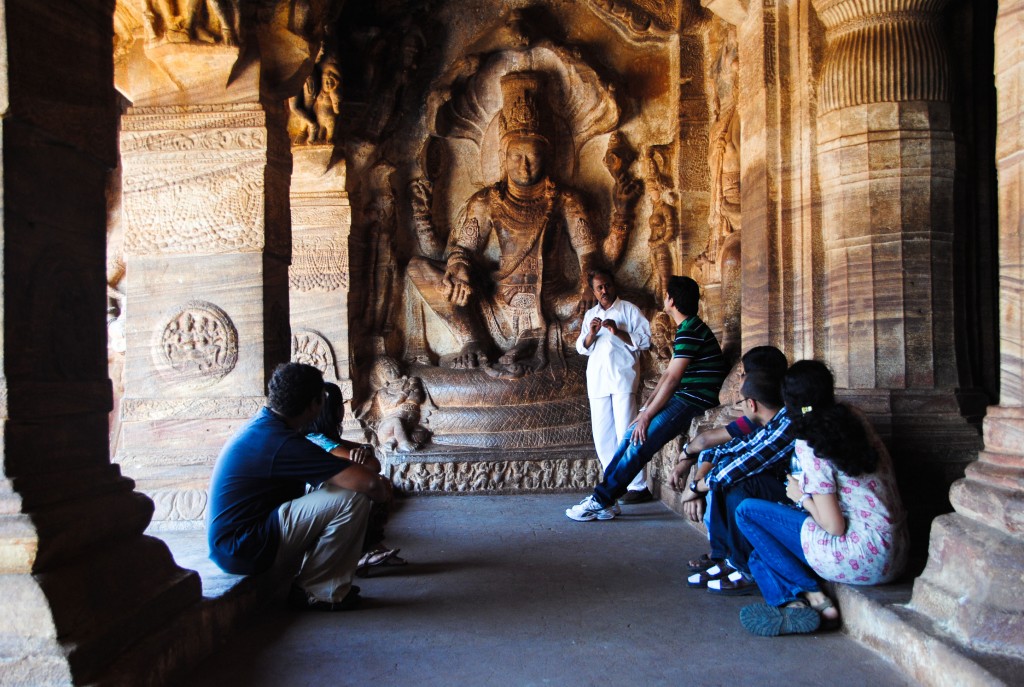 Vishnu in all his glory

The third cave was the newest, biggest and the most exquisitely carved of all the caves. There was an engraving in the rock telling the time of its construction to be 578 AD and commissioned by Kind Mangalesa. The front of the temple was adorned by beautifully carved pillars. On one side of the walls was the same figure of the Vamana Avatar of Vishu which we saw in Cave two, only bigger and better. On the walls were giant reliefs of Vishnu in various of his avatars. The walls and the ceiling were adorned by beautiful figures of devas, apsaras, ganas and the protectors of the shrine.  There were some interesting ones too, like a woman intoxicated by drinking wine and his lover trying to support her in his arms. The delicacy of these lifelike images was awe inspiring. 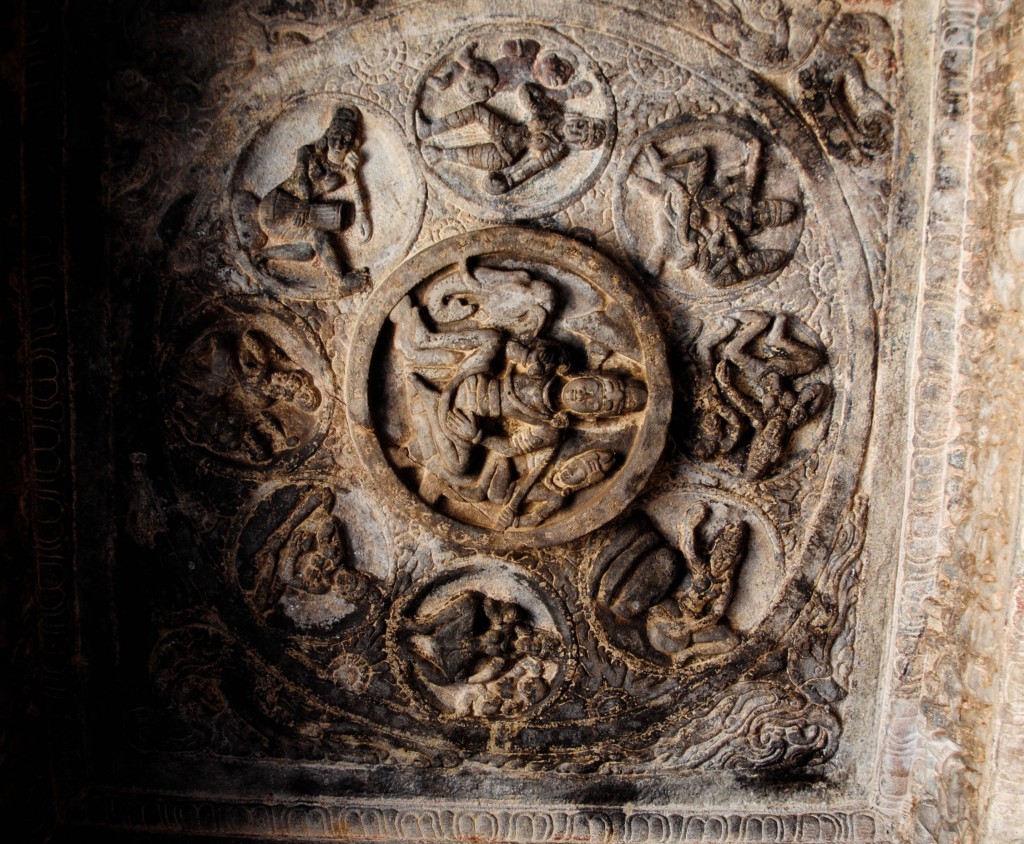 Carvings on the Ceiling

The fourth and last cave was a Jain cave. There were images of Mahavira and various other Jain Tirthankars. However it was not as Grand as the Third one. The guide told us that there was a fifth cave, a Buddhist one, but it was not approachable easily and it was not advisable to do so. From here, we could the lake below and a mosque, said to be built by Adilshah. There were a few beautifully carved temples on the sides of the lake and a rocky hillock on the other side with seemingly interesting structures as I could see from this side. However, it was very hot in the afternoon and we were not in a position to carry on any further. We also were not able to go up the rock to the fort built by Tipu Sultan, the rampart and cannons of which we could see from below. I wish we had gone there in some other time of the year. 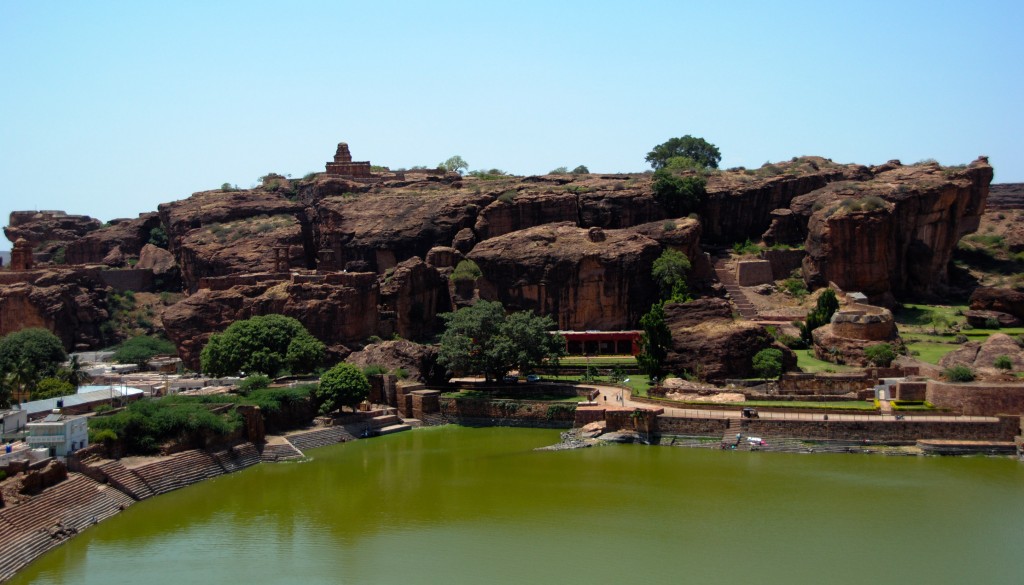 The view of the other Hillock from the Fourth Cave

A temple on the lakeside

The coming back was uneventful. We had our lunch in a restaurent called Sukh Sagar, where I had the worst Biryani of my life. By this time, it was so hot that even the AC of our vehicle gave up. By the time we came back to Belgaum, we were very tired, more from the weather than the journey itself. However the Badami caves were a great experience, sometime it is better to go somewhere previously not known and then get surprised by the discovery 🙂 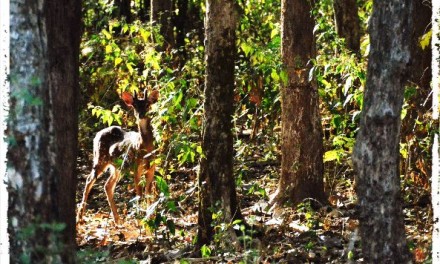 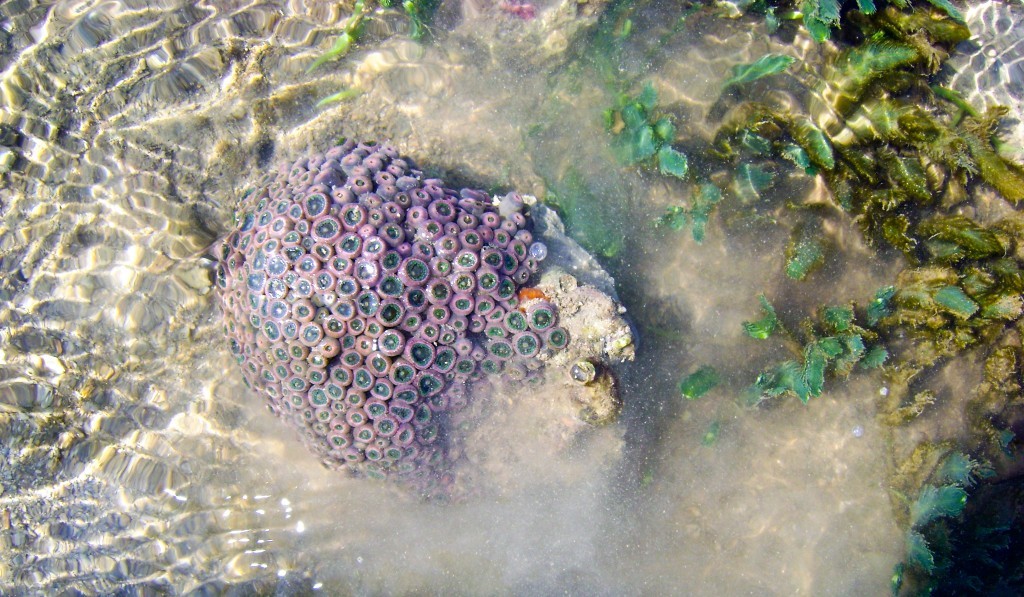 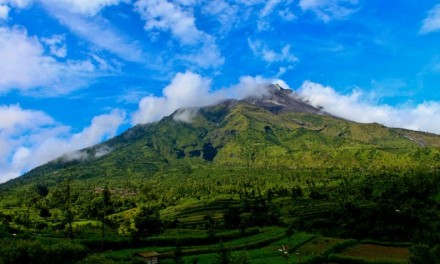 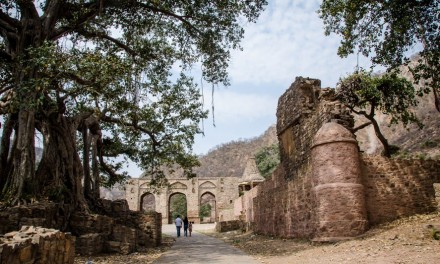