No extent of imagination can prepare someone when reality strikes! Consumption of so many movies, songs and documentaries showing landscapes covered in snow as far as the camera lens could capture yet, when one confronts reality, it is always different. Imagine yourself closing your eyelid on pure white – yes, that “movable fold of skin and muscle”, when it opens and closes on pure white, can you imagine that? If you find yourself struggling, you should travel to Zugspitze!

Sometimes, in surrendering oneself completely to the simple joys of life, one gets to live life to the fullest. It is like sipping cool lemonade during a pleasant evening by the beach side with your favorite book beside! Can anyone plan for such an evening? To some extent, one can answer yes, but really? No way! However, this Saturday, in choosing to relish every moment of the day with my fellow travel companions, I experienced something special! No wonder, Shailesh remarked, “Siva is cool today, you ask him to get down from a train, he gets down, you ask him to hop back on, he is OK with that too, no questions…” 🙂 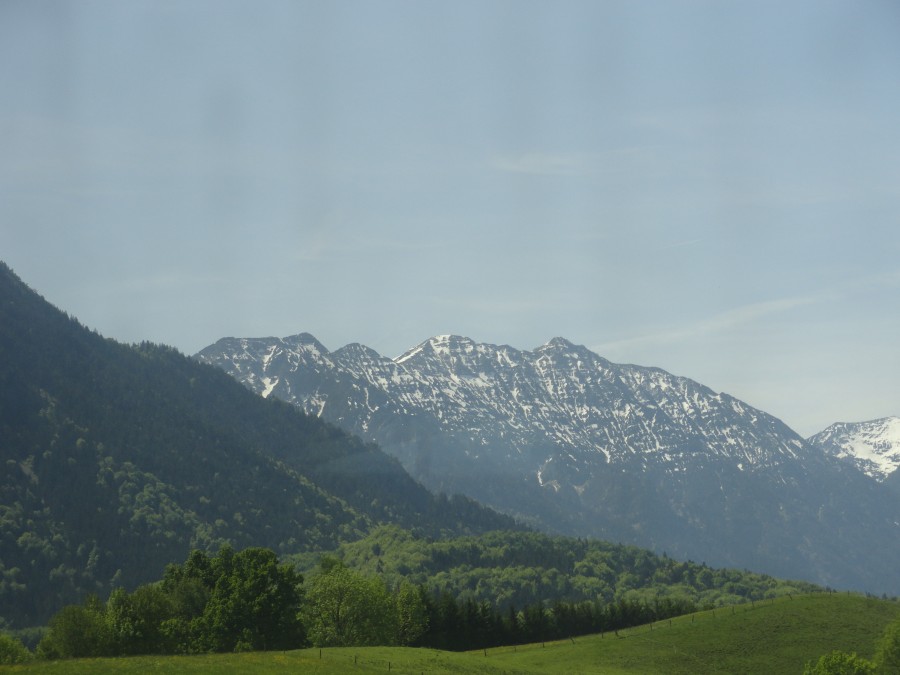 View from the train windows.. 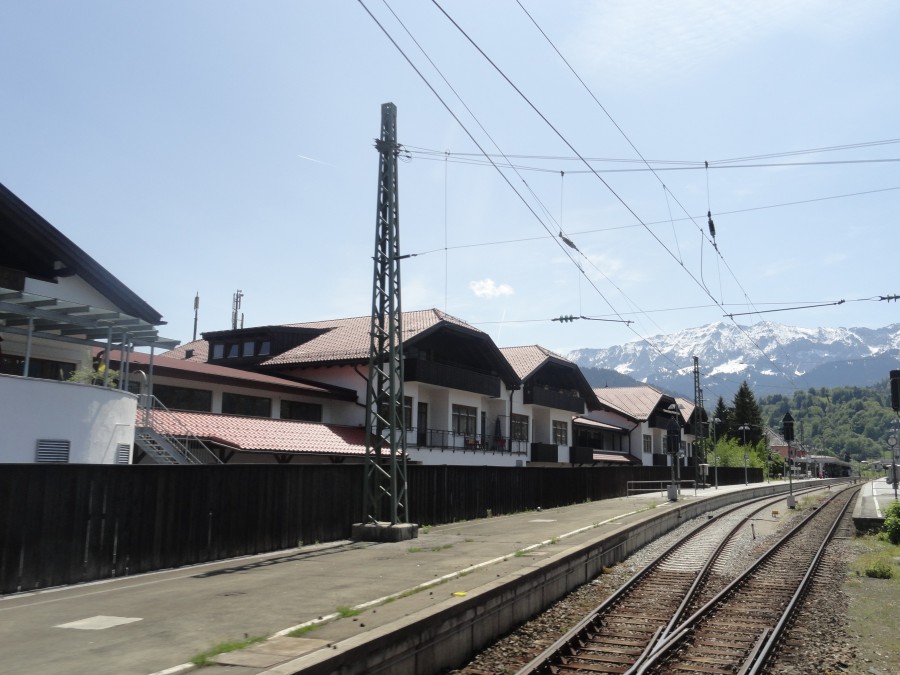 Snow-capped mountains in the distance

In the first connection till Ulm, the majority of the compartment was occupied by Indians and one could hear bits and pieces of all languages – Tamil, Telugu, Kannada and Hindi to name a few I can tell the difference between. With clear weather, the view outside the window varied only in the degrees of beauty from being just positive to the truly superlative! At München-Pasing, while others grabbed a coffee, I peered into the newsstands and tried to make sense of the headlines in Deutsch. 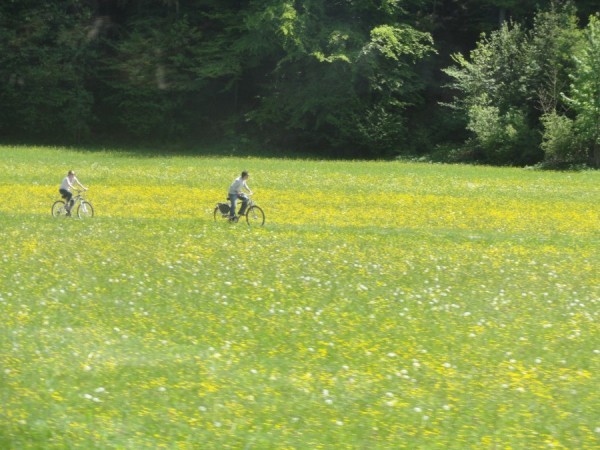 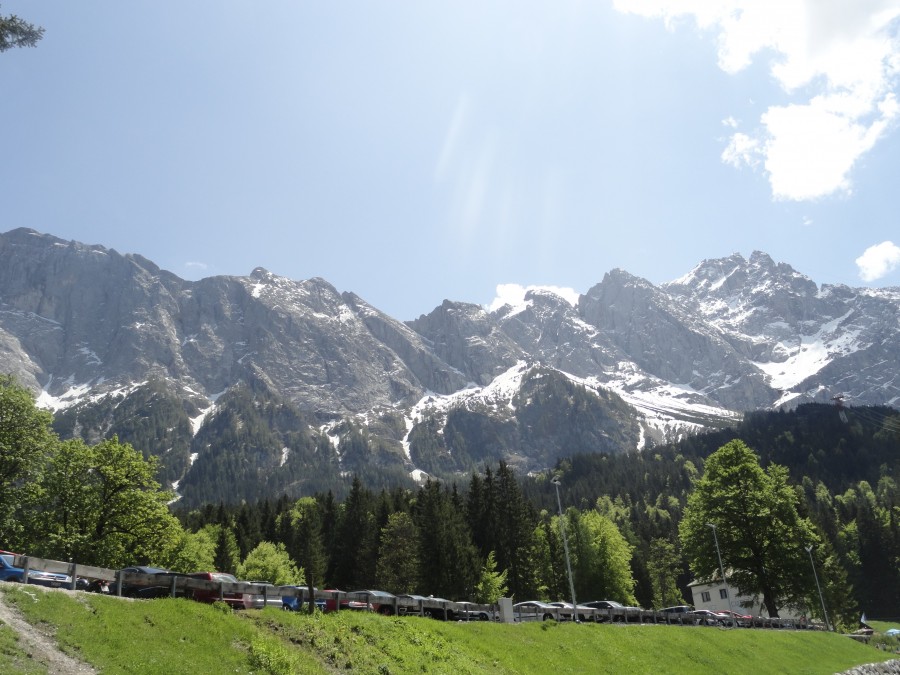 We alighted at Garmisch-Partenkirchen on time and in our eagerness to get “tourist information” missed the 12.15 Bahn. With an hour to kill, we speculated whether such a long journey to reach until there would be worth it if we don’t get to spend quality time at the peak – We’d laugh about it later in the day! At 1.15 PM, we were on the train that chugged its way up. We narrowly missed going back to Garmisch-Partenkirchen in an otherwise empty train when oblivious to us, people were alighting to switch trains to go on to Eibsee.

At Eibsee, we took the Eibsee cable car to get to the peak. As the car with its swaying rhythm made its way up, the views were a feast for the eyes. As we moved up, the lake slowly came into view and became a large dot of beautiful blue surrounded by greenery all around – it looked like a blue giant was sleeping peacefully flanked on all sides by a protective cover. On the other side, we could see the sides of shorter peaks with a spattering of pure white here and there. 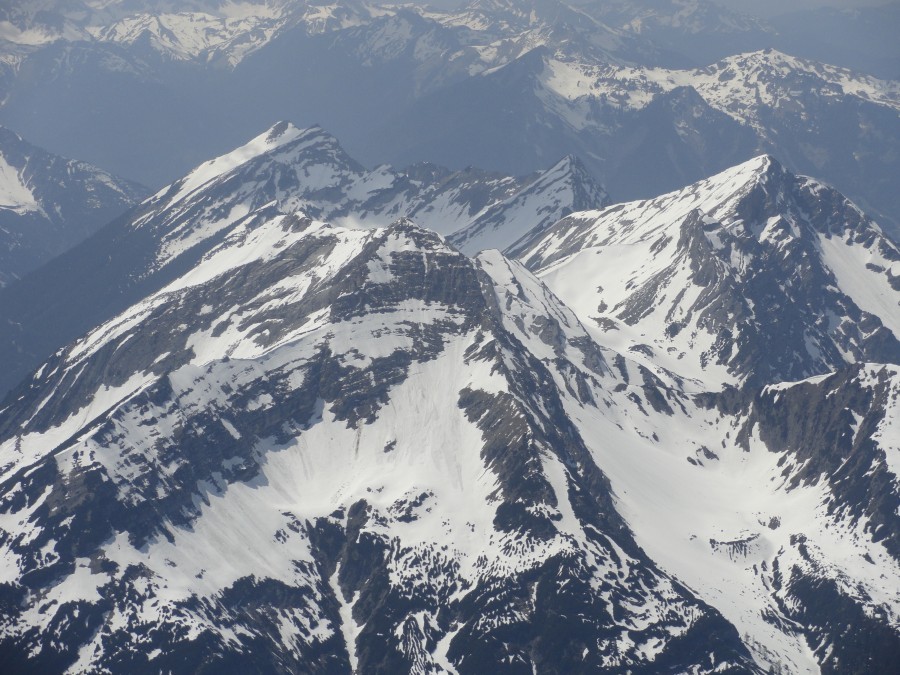 View from the peak

At the peak, the views only got better. One could behold stunning vistas of snow. In no time, we were taking aims at each other with balls of snow. Since I was always with the camera, I escaped 🙂 In the distance, a dog was rolling over and over in the snow. It was so delighted and enjoyed itself for a complete 2 minutes until there was some pressure on the leash. We took a cable car from the peak to the glacier below. Minutes later, Shailesh scanned the copy of map he was holding and quizzically spoke loud, “Yeh glacier ko inhone yahan kyun raka hai”. That had us in splits… 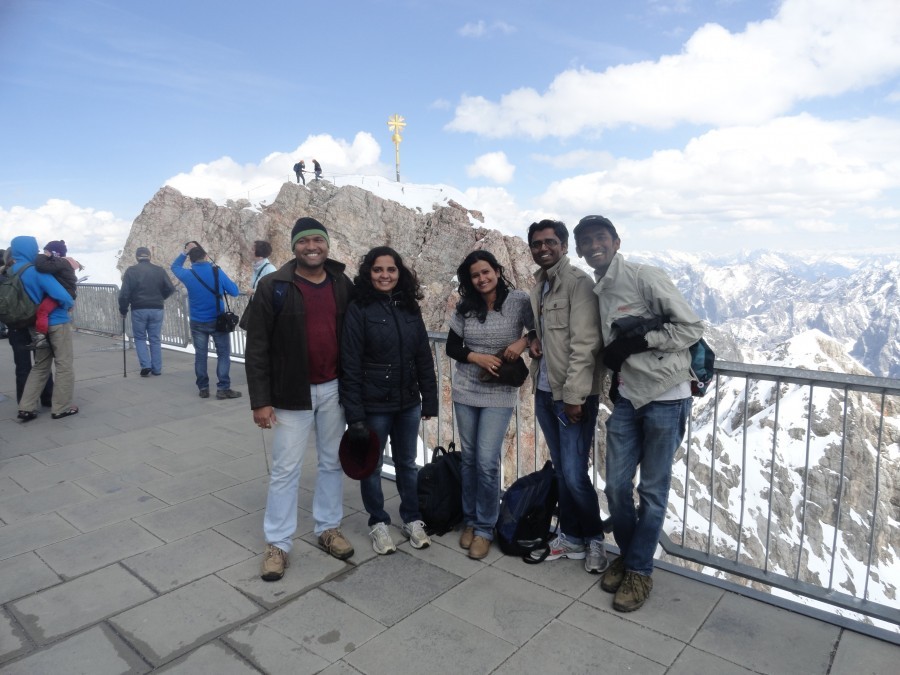 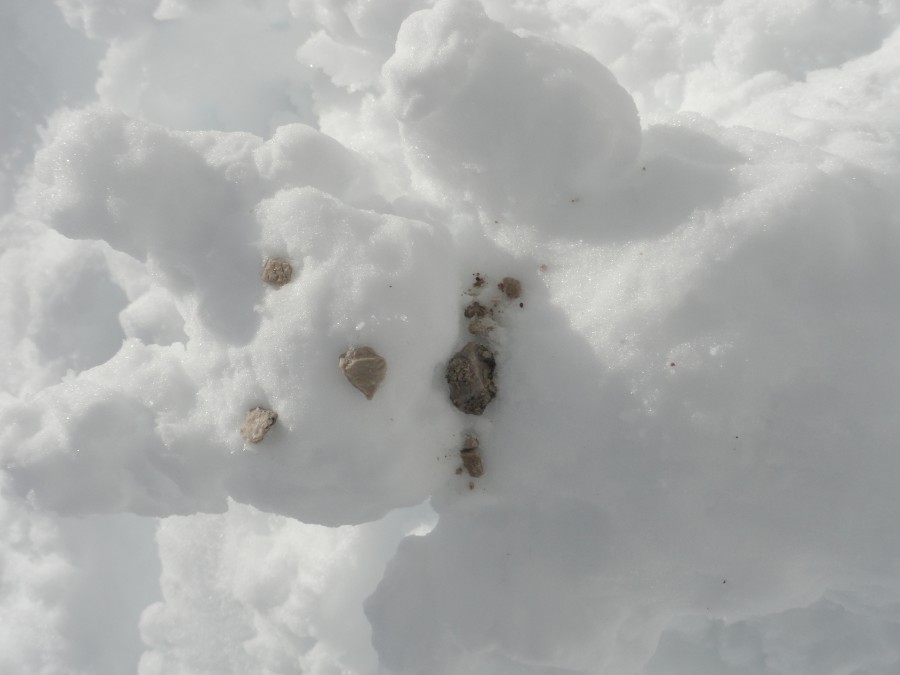 We walked, jumped, hopped and sauntered. Vaishnavi even built a snowman with help from Suhas. Lying down in the snow, albeit briefly was bliss. Probably, there is no lighter, softer and whiter canopy! At one point, I looked around and found nobody…the silence was all-pervasive, at that moment, my memory raced and I remembered another such moment nearly a year and a half back that was equally magical! Beaches or snow-covered mountains – nature, when splendidly beautiful, has the same effect perhaps. 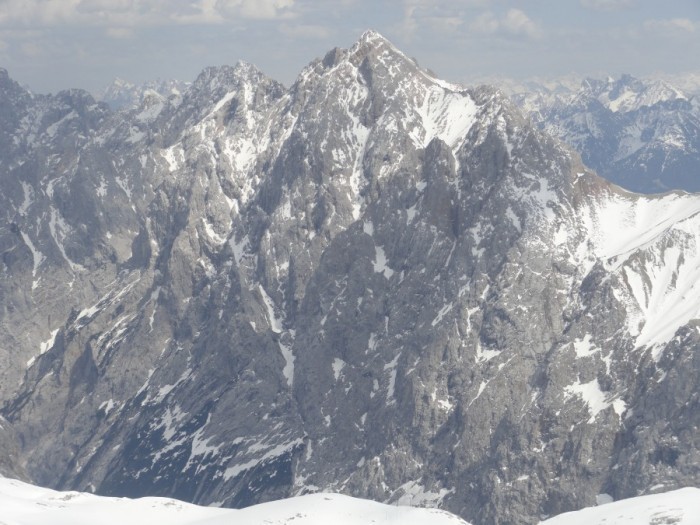 Tikka Puri at that height tasted awesome! Close to 4 o clock, we went to the open-air restaurant for a drink and then proceeded to the waiting cogwheel train (Zahnradbahn) which took us until Garmisch-Partenkirchen directly. Perhaps, if we had left a little earlier, we could have spent some time at the lake in Eibsee. But then, we had had our share of fun and a good time…so, it did not really matter.

During the journey back, we had our share of excitement when we suddenly found that the connection we were sitting in would not go to Ulm. Thanks to Vaishnavi’s memory, we however realized, we can still make it to Stuttgart for the night 😀 Until München-Pasing, it had been an amusing journey to see three hyper excited kids playing with a sportive guy who laughingly indulged their every whim. In the train to Aalen, we played Antaakshari – old songs ruled the roost.

At 12 AM sharp, I was back in the hotel room at Ludwigsburg with a lot of happy memories of the last day. To feel close to nature and to take a sojourn in its lap is perhaps, the closest mankind can come to experiencing life in heaven while still being on earth!

For those more interested, this link is a wealth of information