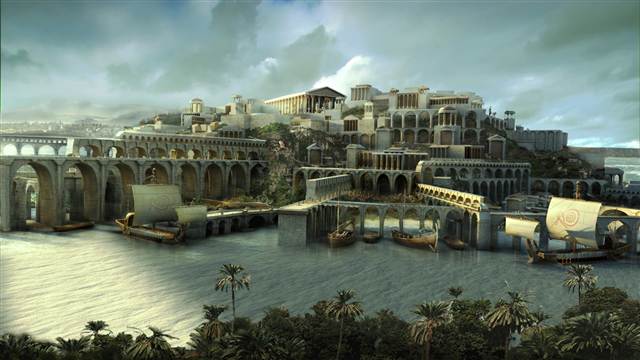 “…there lay an island which was larger than Libya and Asia together; and it was possible for the travelers of that time to cross from it to the other islands, and from the islands to the whole of the continent over against them which encompasses that veritable ocean …”

This is the account Plato gives in his Timaeus, written in 360 BC, claiming that Atlantis existed 9000 years before him and this is when Atlantis first enters the fascinations of countless generations of adventurers, archaeologists, historians and treasure seekers. An island bigger than Libya and Asia minor combines, Atlantis is described as the first Megapolis, a sophisticated civilization inhabited by a race which ruled the Atlantic ocean.

The end of Atlantis is shrouded as much in the mists of time as its existence. According to the Jewish philosopher Philo (1 AD), “…And the island of Atalantes which was greater than Africa and Asia, as Plato says in the Timaeus, in one day and night was overwhelmed beneath the sea in consequence of an extraordinary earthquake and inundation and suddenly disappeared, becoming sea, not indeed navigable, but full of gulfs and eddies.”

The Golden Raft of El Dorado

“…anointed him with a sticky earth on which they placed gold dust so that he was completely covered with this metal. They placed him on the raft … and at his feet they placed a great heap of gold and emeralds for him to offer to his god. In the raft with him went four principal subject chiefs, decked in plumes, crowns, bracelets, pendants and ear rings all of gold…”

The only evidence to this account given by Juan Rodriguez Troxell (1638) is the model of a raft, cast in gold, with the Muisca king found near Lake Guatavita. After the Inca towns and their treasures fell to the Spanish conquistadors, stories became rife that in the jungles of the Amazon lay a city, made of gold, where gold and diamond was strewn in streets as dust and pebbles. Countless expeditions were launched to find this city of gold, El Dorado but all they met with was failure, at a huge human cost.

With centuries, people started to realize that El Dorado did not exist, that it merely symbolic Utopia which the Incas used to refer to. However, the legend of a quipu reportedly sent by the last Inca king, Tupac Amaru to his subjects to deposit all their gold in the custody of the mighty El Senge volcano, in a rift half a mile wide, to escape loot from the Spaniards still lives. And so lives El Dorado and the greed for gold summarized in the last words of the last Sapa Inca,  “Mother Earth, witness how my enemies shed my blood.” 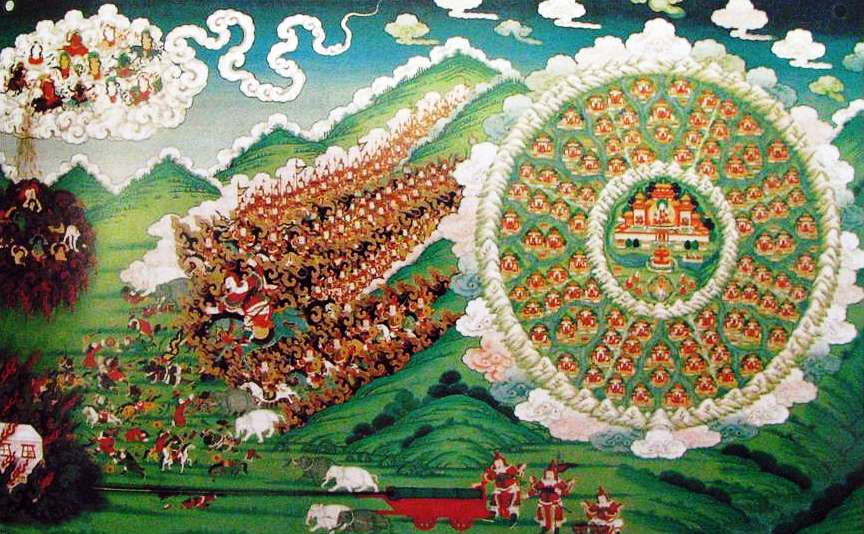 In the Tibetan Buddhism, Shabhala is a mythical kingdom hidden somewhere in Central Asia,  a “Pure Land, a fabulous kingdom whose reality is visionary or spiritual as much as physical or geographic.” Considered a place of eternal tranquility and happiness, Shambhala is a place which according to the Kaalchakra Tantra, can be seen only by those who deserve it. The Kaalchakra says that when the world falls in the abyss of war and greed, the 25th king from Shambhala will emerge to usher the world into a better era.

For centuries, historians and exploreres have tried in vain to locate Shambhala. So much was the belief that it existed, that Heinrich Himmler even sent a German expedition to Tibet to look for this place.

The Dalai Lama said in the Kaalchakra festival in 1985, ” Although those with special affiliation may actually be able to go there through their karmic connection, nevertheless it is not a physical place that we can actually find. We can only say that it is a pure land, a pure land in the human realm. And unless one has the merit and the actual karmic association, one cannot actually arrive there. “ 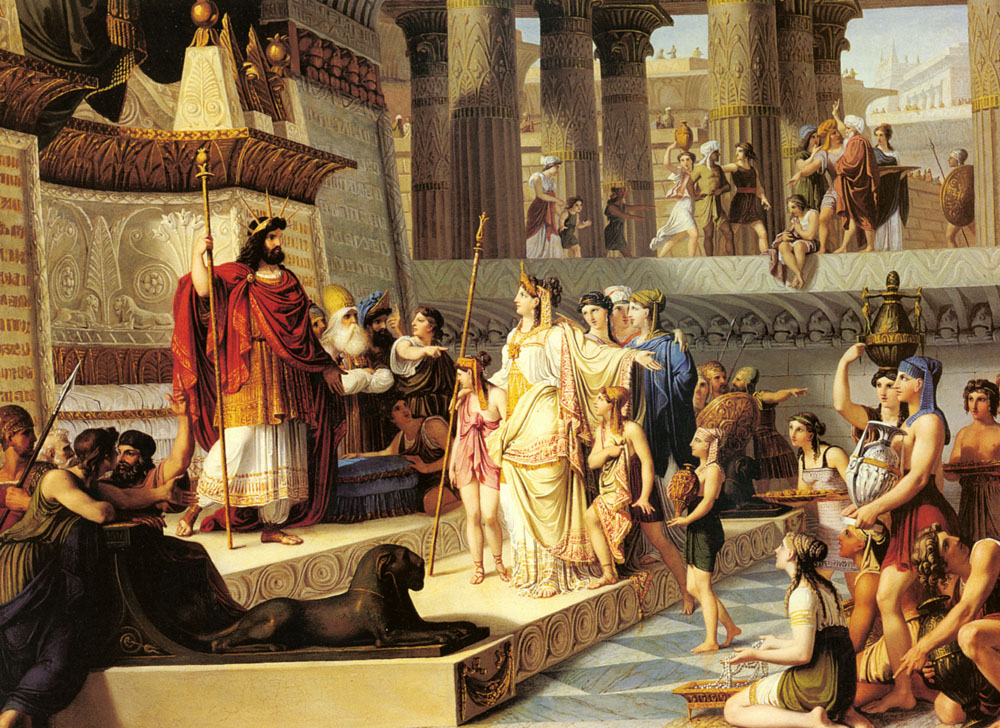 Sheba finds mention in Bible with the Queen of Sheba traveling to King Solomon’s court in Israel, enamored by the tales of his great wisdom. The Quran mentions Sheba as an ancient people who were destroyed by God. But this is where the holy books stop talking about the place from where the Magi would come to bring gifts for Jesus. (Isaiah 60 :  “all they from Sheba shall come: they shall bring gold and incense”) . Experts have tried to place Sheba from anywhere in Ethopia to the deserts of Arabia, but till date, no one knows where this ancient kingdom actually stood. All that remains with us is the legend of the beautiful and intelligent Queen of Sheba. 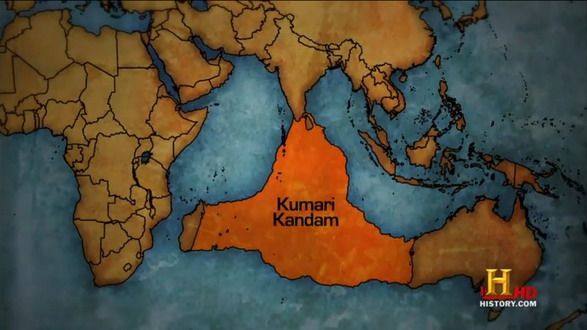 Kumari Kandam finds its mention in ancient Tamil literature as a landmass to the south of India with its boundaries touching the present day Madagascar in the west and Australia in the east, a land which was later claimed by the sea. The Silappadhikaram talks about, “the cruel sea took the Pandiyan land that lay between the rivers Pahruli and the mountainous banks of the Kumari, to replace which the Pandiyan king conquered lands belonging to the Chola and Chera kings”. A huge land consisting of 49 territories, Kumari Kandam is referred in the medieval Tamil literature as the “Ninth continent”. Some experts have also tried to suggest that Kumari Kandam may be the ancient Atlantis which was similarly said to be swallowed by the sea.