The city of Pompeii is a Roman city near modern Naples in the Italian region of Campania.It was destroyed and completely buried during a long catastrophic eruption of the volcano Mount Vesuvius in the year AD 79.

The eruption buried Pompeii under 4 to 6 m of ash and pumice, and it was lost for nearly 1700 years before its accidental rediscovery in 1749. Miraculously, the moment at the time of the eruption was captured and everything remained underground as it was then.

Researchers say that the eruptions had caught the local population utterly unprepared inspite the warning signs by nature.The ash doomed the human inhabitants. Over the millennium, their internal organs and soft tissue had long vanished, leaving only the outlines and bones of their bodies.In 1863, a process was developed and used to create casts of the remains. What you have there are the perfectly preserved remnants of the inhabitants (plastered) of this once thriving city. You can even see their horror and agony in their death throes.

Pompeii is now a significant archeological site that provides an amazing glimpse into the daily life of an average Roman town over two thousand years ago. This UNESCO World Heritage Site is one of the most popular tourist attractions of Italy. 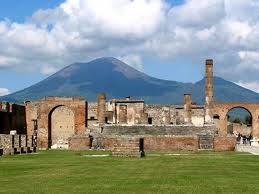 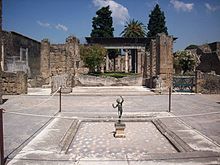 Some major tourist attraction places are as follows:

and much much more..

The excavations at Pompeii are pretty extensive. You may not see everything in a day.