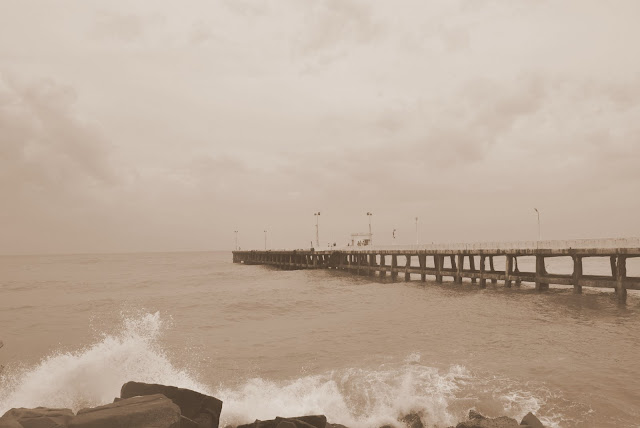 Situated 135 km South of Chennai, Pondicherry is a former French Colony which acted as the most prominent French establishment till it was handed over to India in 1948. Till date it remains a nice little town away from the mayhem of the big cities.

Our trip to Pondicherry started at early morning. We decided to board a bus from Thiruvanmayur at the Chennai end of the East Coast Road (ECR). Since there were no seats available in the bus, we had to go standing practically all the way! Finally after a journey of 3 hours on the scenic ECR we reached the Pondicherry bus stand. A word of advice here, if you plan to return by bus, its always better to get the reservations done in Pondicherry on the day of arrival itself. Since our hotel was booked, we just have to take an auto and direct it to there. 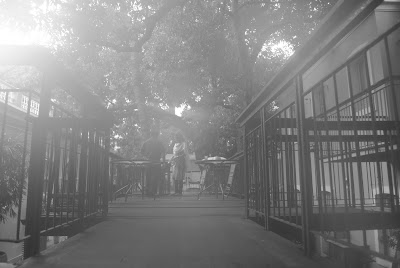 Now something about our hotel, well it was named Hotel Du Parc, a 300 year old building said to have been the residence of Joseph Francois Dupleix, Governor General of the French East India Company in the 18th century. A stay there was an experience in itself, with the majestic rooms complete with an anteroom and in all their colonial glory. The Indian and Continental cuisine at the in house restaurant was superb to say the least! 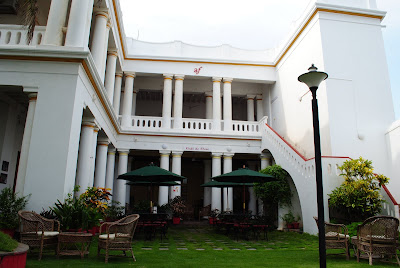 Coming to Pondicherry, it’s a beautiful city in the middle of Tamil Nadu and still holding the title of “Little France”! The streets in the French quarters, the chateaus built in French colonial style, the streets named as ‘Rue de Marine’ and the amazing restaurants serving the delicacies from all over the world along with delicious wine … a traveler can ask for no more!

So most of the time all we did was to eat, drink and then relax in our hotel rooms. Apart from Du Parc’s restaurant, we had lunch and dinner at Le Club and Casablanca respectively. Le Club a bit pricey but still great especially the sizzlers. Casablanca, we found to be a bit overrated.

In case you may be wondering, we actually did some sightseeing. Our first stop, obviously was in the French Quarters, saying we were awestruck by the sheer beauty of those streets can be an understatement for a first time visitor. Nestled in the French Quarters is Aurobindo Ashram, the hermitage and final resting place of Sri Aurobindo Ghosh, a famous revolutionary and philosopher. The place is very serene and engulfs you with its silent charms. A few yards away from the ashram is an old temple built in traditional Dravidian style. Do not forget to get blessings from the elephant standing there! Forming one side of the French Quarters is the Promenade, the Marine Drive of Pondicherry with an awesome view of the Bay of Bengal. Take a stroll there, have a cup of South Indian coffee at Le Café.

Another important place to visit is Auroville, an abode of people from various nationalities living in perfect harmony with nature and each other. Auroville is around 9 km north of Pondicherry off the ECR and you can board a local bus, take an auto or hire a self drive two wheeler. You can take a stroll around, watch the movie on how the World village was conceptualized and then go to visit Matrimandir, spherical dome golden in color which is used for meditation. Another place of interest is the Auro Beach, on the other side of the road. This is a sand beach with tourist cottages and undergrowth overlooking the sea. It is safer to go to this beach only during daytime. 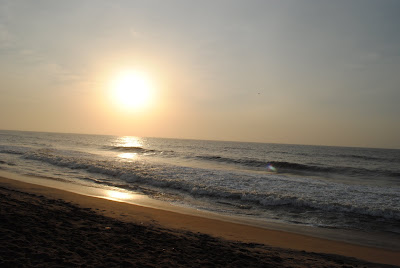 The last place which we visited was the so called Paradise island, an island separated from the mainland by the backwaters. We went to the boat club by auto and then took a ferry boat. The island was pretty much ordinary and we did not feel like being in paradise or something. Not recommended unless you have never been to a decent beach.