Inside a Balinese Household

Wayan, our driver, had big plans for the day. He had, in fact spent the previous night preparing delicacies for the Galungan festivities that were to start the next day. So while we asked him the items he was going to make this night, he invited us to home to see what they were making, and taste some items by ourselves. He lives in a village not far from Ubud and we were happy to get a chance to visit a real Balinese home. After marvelling at the beautiful terraced rice fields, we started our journey backward towards Ubud, with Wayan’s village as our last destination. 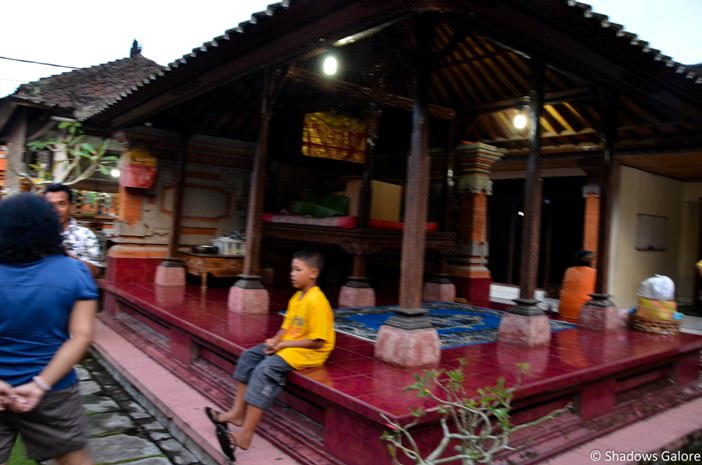 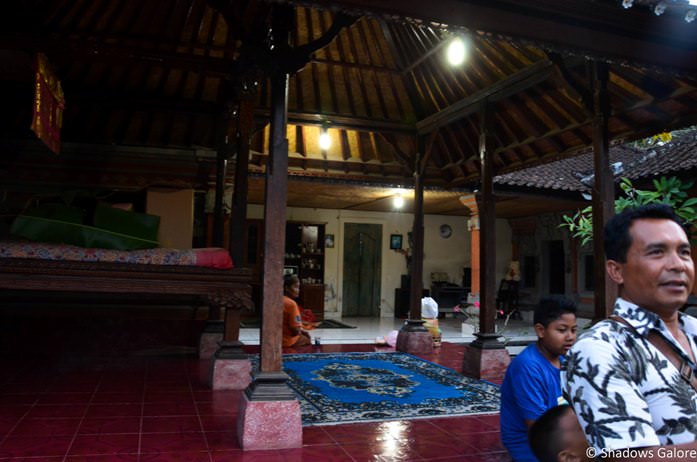 The village we saw was quite similar to the ones we have in India, very much like those we see in the greener Bengal or Kerala. The only difference was that the people looked prosperous and the houses bigger. In fact, when Wayan stopped the car at his gate, I explained that he lived in a palace ! It was no 850 sq feet apartment that we are used to living in. It was a big and beautiful house made in the traditional Balinese style, with its own temple, and a courtyard where the elders tell stories of Ramayana to their children and important family ceremonies are held. It was also equipped with most amenities of modern life. 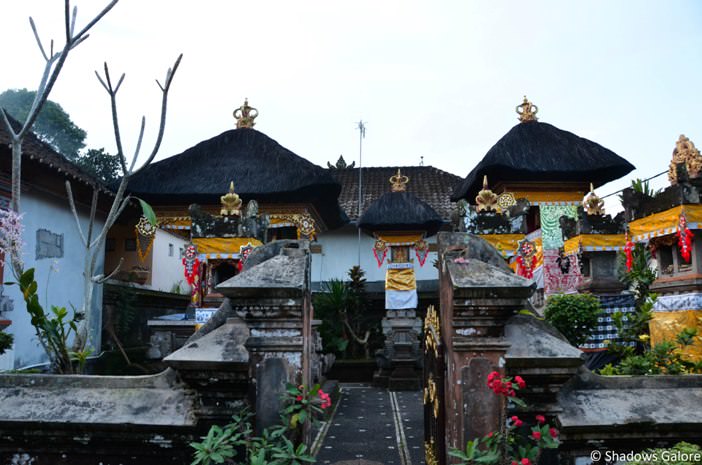 We got to meet the family, his parents, an ever smiling wife, two sons who wanted to become engineers and were studied in an English medium school. They were mighty pleased to have guests from distant lands visit them and were quite expressive about their joy. 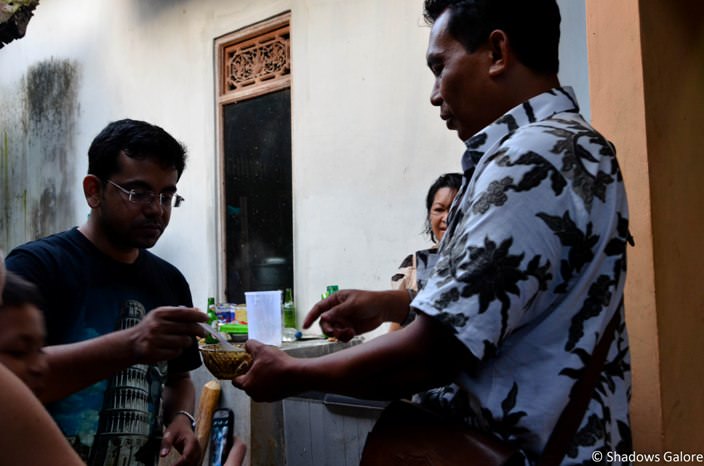 While Wayan showed us around, we got to taste some of the items they were cooking. One item which I remember was mashed meat cooked with exotic herbs, wrapped in banana leaves like Bhetki paturi, and tasted like heaven. Bali is not considered a foodies delight for nothing. 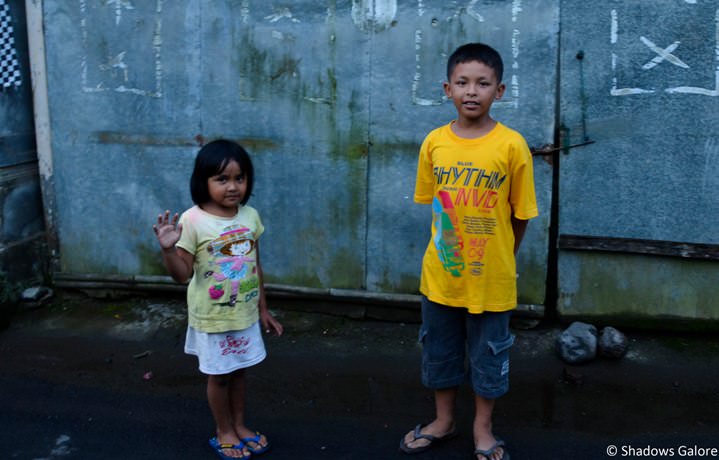 Wayan’s son and a cute little girl from the neighbourhood came out to see us off ..

By the time we bid our hosts good bye and came out on the streets, a mini crowd has assembled outside his gate to see his guests. Not many tourists go that way it seems. Curious and shy children, youngsters who were playing pool and some hens  saw us off to our vehicle. As dusk fell and we were on our way back, the local FM radio station played songs from Dil To Pagal Hai. This trip to the heart of Bali had been an amazing one..