It has been long since we posted about our Bali trip. Last seen, we had just come out of the majestic rock cut temples of Gunung Kawi and were driving towards Mount Batur. 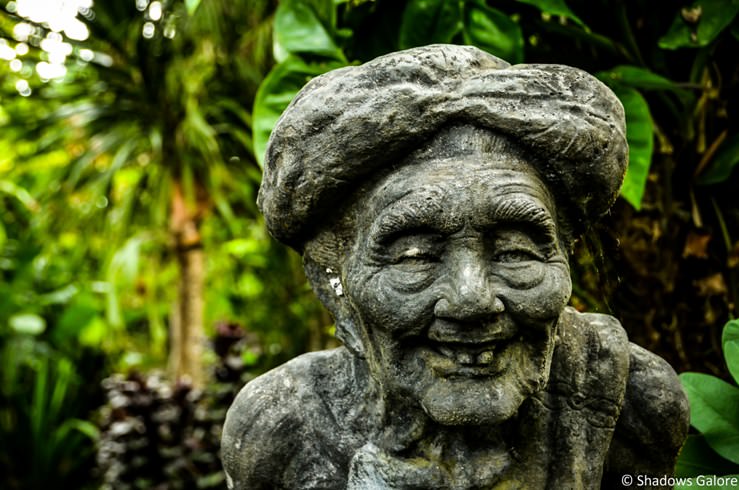 This face welcomed us at the Coffee Plantation. One thing you can find everywhere in Bali is art…

Further, on our way, Wayan stopped at a coffee estate names Satriya (Kshatriya) Coffee Estate to give us a taste of the traditional Balinese coffee. Now green is a colour which is omnipresent in Bali and this coffee estate was no exception. The plantation was a mini forest set on the slopes of a hill and had a treasure trove of different varieties of plants and herbs, many of which are endemic to the island.

We were assigned a guide who showed us around and made our acquaintance with many plant species, some of which are endemic to Bali. It was drizzling slightly and holding the umbrella in one hand and camera in other, we listened in awe to the bounties Mother nature has bestowed on us. 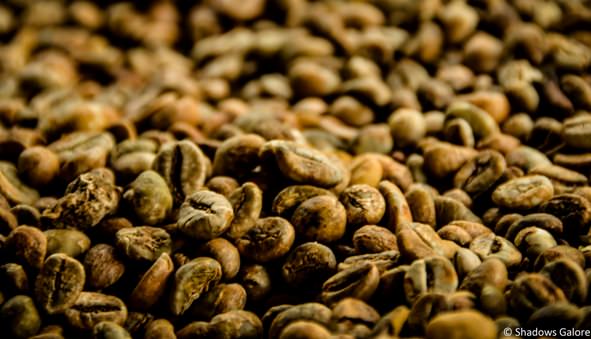 Coffee beans .. of both genders we supposed 😉

We were given a live demonstration of how coffee is roasted, grounded, processed and made ready for use, with some interesting anecdotes. For example, we did not know that coffee beans are categories by their gender, male and female. While the male coffee beans have a stronger taste and aroma, the female coffee beans are smoother. It is here that we were introduced to the Luwak Coffee, about which you will read a little later.

Our hosts were kind enough to let us roast the coffee beans in the supervision of a smiling old woman who was obviously amused at the glee with which we performed the tasks. 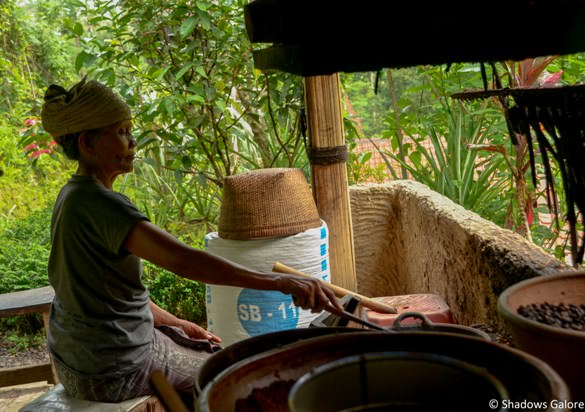 An Old woman was roasting coffee beans in a big kadaai 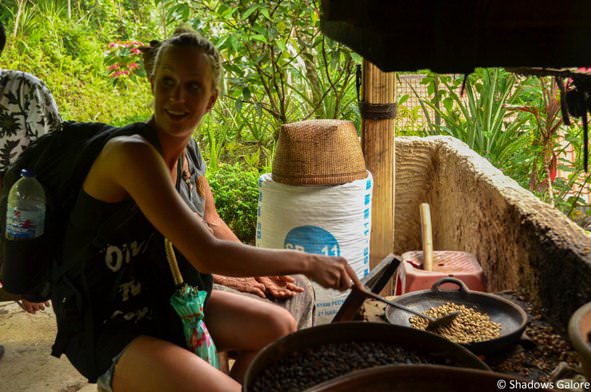 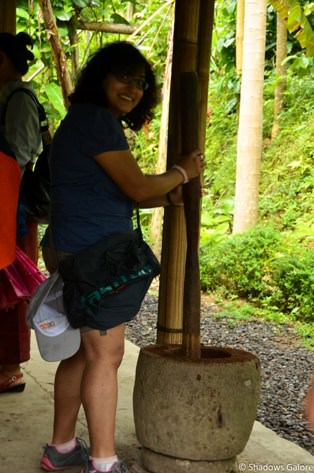 While Ekta busied herself with grounding the coffee

At Satriya Coffee Estate, we were introduced to the Luwak Coffee, the most exotic and perhaps, expensive variety of coffee in the world. During the Dutch era, many of the Balinese would work in the Dutch Coffee estates in the mountains. 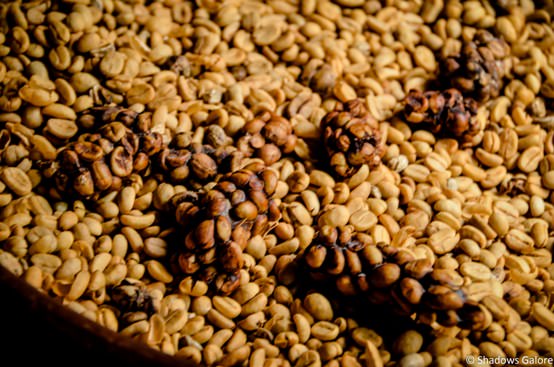 Now Coffee was a precious commodity in those days and the workers were forbidden to keep any coffee beans for their own consumption, even those which fell on the ground. However, as the human nature goes, they soon found a way around this rule, in the most ingenious way.

Luwak (Civet) is a small mammal which is as fond of Coffee as we humans are, and eats the coffee beans. However, Luwak’s stomach can only digest the skin of the beans and it excretes the harder beans. This gave the plantation workers an idea – they started collecting the droppings of Luwak, would collect the coffee beans from it, do the washing and cleaning and then started using it in their drinks. 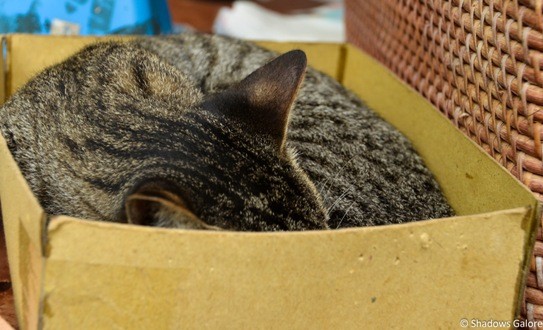 This Luwak slept happily in a cardboard box, while it rained outside ..

It was soon found out that the enzymes in the stomach of the Luwak had a some magical effect on the coffee beans, which made the “poop coffee” smell and taste better than regular coffee. So what started as a poor man’s attempt to get some coffee for himself, turned out to be the most expensive and rare variety of coffee, which sometimes sells for as much as $3000 per kg! 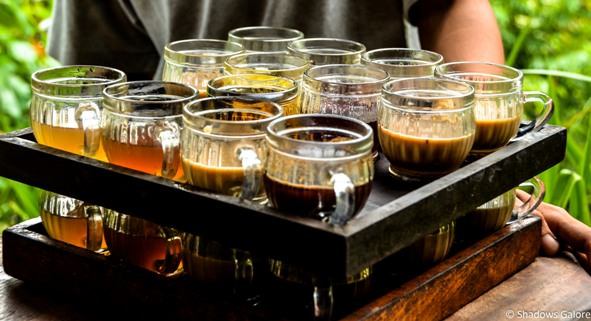 After the course in coffee-making, we were taken to a make shift shack overlooking the valley where free samples of coffee and tea were available for tasting, in almost 25 flavours. Fragrances and tastes varied, while one coffee tasted like vanilla, other was sourer than lemon. The uses also varied, some varieties had medicinal properties while some others were potent aphrodisiacs, in words of Wayan – to keep mama happy and papa at peace. 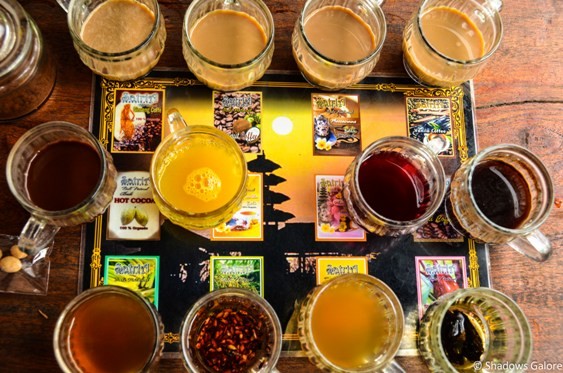 We had all of these, and were quite happy with our capacity 🙂

All this generosity had  a financial angle too. At the end of the plantation tour, we were taken to a shop where we could buy the items we had tasted before, plus other products from the forests. There was no compulsion to make a buy,  and we in fact bought some items willingly, including a pack of the famous Balinese coffee. It actually is a potent one, if not a downright turn on ..