Of Tigers, People and Tourists …

“The day tourism stops, tigers will be finished”

For someone like me who has grown up to become very wary of tourism, especially the common Indian tourists who are noisy, litter and vandalize anything they come across, this statement coming from Chinmay was a very striking one. We engaged in many rounds of conversations to understand his point of view and what came out of those debates is worthy of being shared with you.

The local communities play an important role in the making or breaking of a natural reserve. Local people often venture inside the forests to collect firewood, fodder for their cattle etc. A major step that the government took was to create buffer zones around and relocate the villages that fell inside the core areas to these areas. Villagers were adequately compensated for the loss of their lands and were given incentives like LPG cylinders so that they won’t have to venture inside the forests for firewood. This reduced the man-jungle conflict to some extent.

Involving Local Communities is an important step in Tiger Conservation

A few years ago, it was suddenly found that the there were no tigers left in the Sariska National Park, most having fallen prey to poachers. After the investigation which followed the large-scale hue and cry, tourism (or the lack of it) came up as a major reason which accelerated the extinction of tigers in the area.

When a national park is opened for tourism, there is an infrastructure development that happens – roads are build, guides and staff hired and new vehicles procured, sometimes donated by wildlife resorts. Daily safari tours act as natural patrols and people venture further in the areas where forest rangers would not generally go, sometimes out of laziness and often because they are too understaffed and overburdened. With such “people patrols”, it becomes difficult for poachers to lay traps etc. and carry on with their activities. 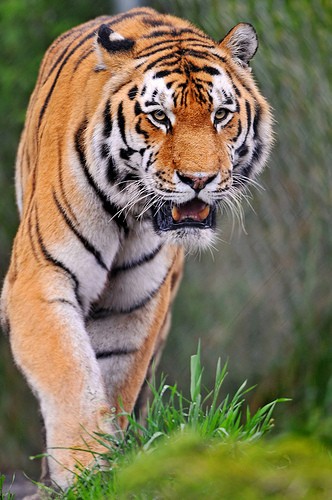 Photo by Tambako the Jaguar

In today’s India, no noble plans are sustainable if they are not financially viable, and involvement of local communities for the protection of tigers is no exception. Fortunately, Tigers attract tourists and with them, comes a lot of Indian and foreign currency. Right from the staff of the resorts, to the ones hired by the tourism authority, and the villagers who find new buyers to sell their produce; employment and new opportunities do get generated. Somewhere, this understanding starts sinking in that the village’s livelihood has attached with the jungle and if this means of income has to be sustained, the tiger has to be protected. When there have safer and sustainable means of earning money, people tend to be less accommodating to the poachers.

A few years back, the Supreme Court of India banned tourism inside the national parks after a PIL was filed that these safaris were not helping in conservation of tigers and were instead disturbing them. This allegation was not entirely false, some national parks were getting so crowded that it was not an uncommon sight to see dozens of vehicles jostling for space for one single tiger. However, a blanket ban would not have been a very wise solution, especially looking at what happened in Sariska. Finally better sense prevailed and the Court lifted the ban, but only after imposing a restriction on the maximum number of vehicles that can be allowed inside  a park during a given day.

Some regulation on tourism is indeed required, we have parks like Jim Corbett where  resorts have opened up in the Core area as well. DJ parties took place all night during the marriage of some Minister’s son and even the Park Manager is helpless to intervene. Our scant regard about our own heritage gets appalling at times.

One good thing about these park safaris are that they are conducted by the forest department officials and guides. Tourists are usually not allowed to get down from the vehicle, get noisy or litter. This creates lesser problems which places like ASI Monuments or Kaas Pathar are facing. Till we learn to mind ourselves, there should be someone to mind how we behave…