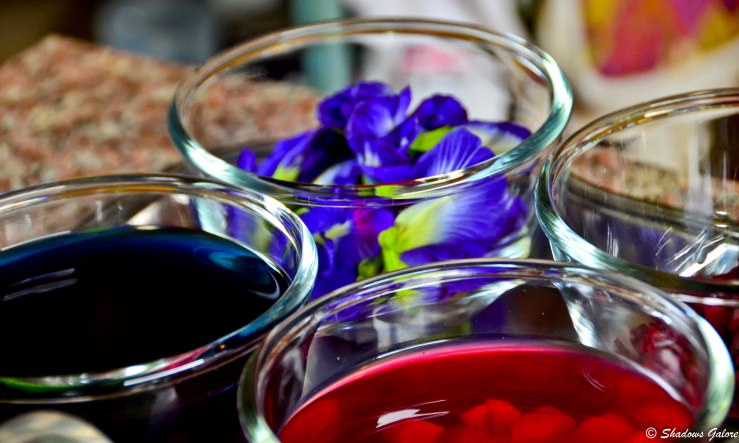 What is a visit to Thailand without getting a taste of the lip smacking Thai food ? I guess the only experience that can better this is an opportunity to actually  learn to cook the Thai dishes, tutored by persons most qualified for it. We got this chance at the Amita Thai Cooking Classes, an experience to cherish.

Thai cuisine traces its roots to the royal cuisine of Thailand dating back to the days of the Ayutthaya empire. It later became an umbrella term with the addition of  the regional cuisines of the four principal regions of Thailand, each region in turn inheriting the taste and aroma of the neighboring country they touched. The cuisine gained fame in the 1960s when Thailand emerged as an important tourist destination. The government of Thailand started a campaign in 2001, named Kitchens of the World, to promote the Thai way of cooking internationally. With sustained encouragement, there are Thai restaurants all over the world today and the Thai cuisine is one of the most loved ethnic cuisines. 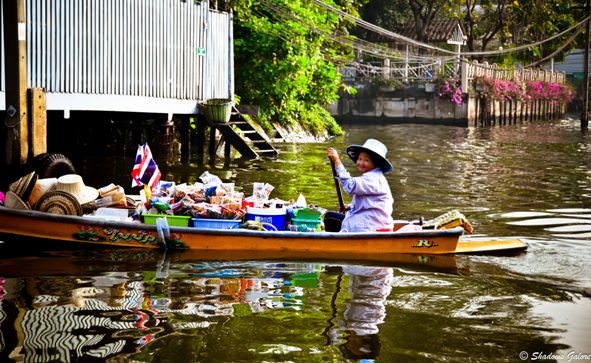 A floating shop and infectious smile of the shopkeeper 🙂

After a short cab ride, we had to take a boat ferry to the place. Traversing in the waters of the Chao Phraya canals we saw the famous floating boat market, some uniquely designed Thai houses and even some wild life!

Located on the banks of one of the smaller canals in old Bangkok, Amita Thai Cooking Class is dedicated to promote and teach the Thai method of cooking. It is run by Tam (and her talking mayna!) and her helpers at her ancestral home. The place is beautiful with a small open kitchen, a dinning area and a big garden where Thai herbs and flowers are grown and used for cooking. 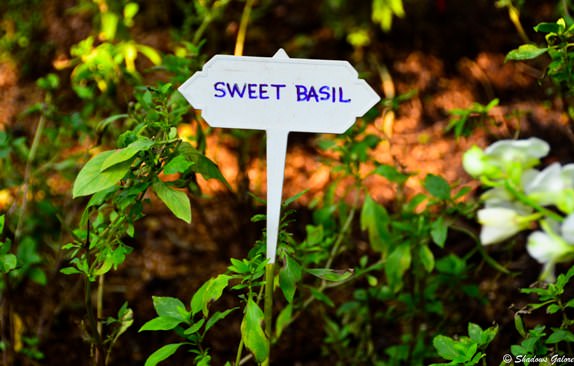 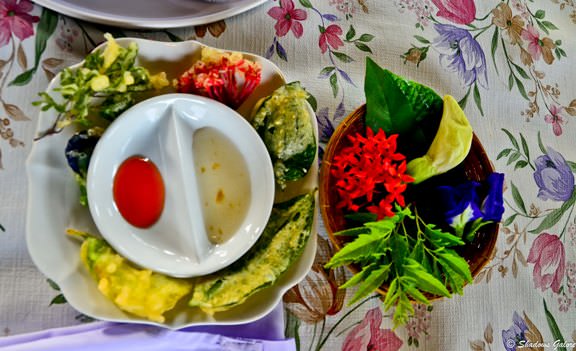 As we reached, we were first welcomed with wide smiles and snacks made of flowers and leaves. Tam gave us a brief on the history of the place, explained  how simple it to use the flowers we see daily into cooking. Then we were given a tour of her cargen where she cultivates a variety of herbs like pepper, basil, kaffir lime, piper sarmentosum and plate brush. 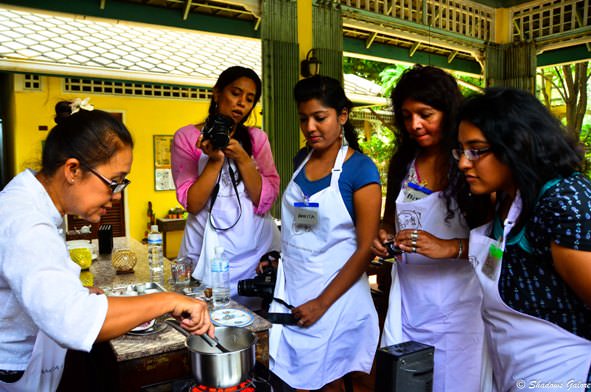 Tam giving us a demo 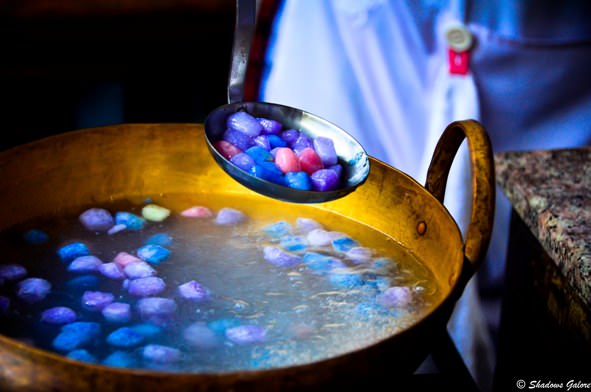 After some chit-chat we were all set to cook our Thai lunch. The delicious menu included – Tom Kha Gai Soup, Pad Thai Noodles,Stir Fried veggies with Cashews and Tam Tim Krob ( Colorful Water Chestnuts in Coconut Milk) . Tam first demonstrated all the dishes. She made it look so simple (but we realized later that it wasn’t).  Though, most Thai dishes are cooked in Fish sauce, vegetarian dishes can easily be made with soya sauce. Chicken/ Prawns pieces can be replaces by mix of tofu, types of mushrooms and other veggies to have a delicious vegetarian Thai dish. Tam even taught us how easy it is to get some beautiful natural colors out of flowers and leaves. The same was used to color the water chestnuts for the dessert. 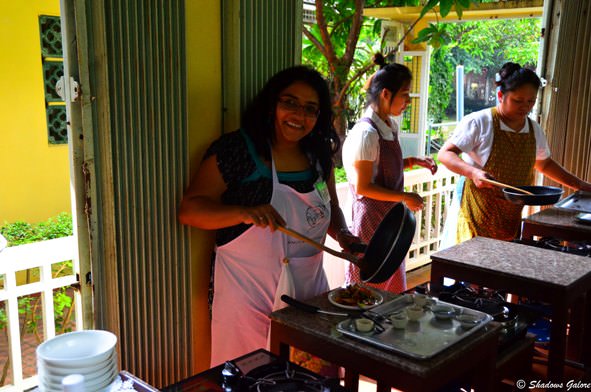 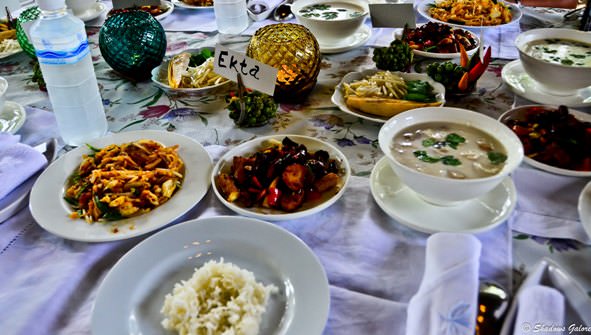 Proudly presenting, the Thai meal cooked by me 🙂

Soon it was our turn to cook. My helper – helped me sail through the cooking. As we cooked we moved the completed dished to the dining area. Within an hour we manage to conjure up a 4 course Thai lunch. Without giving too much heed to modesty, I will say that I was pretty proud of the way the dishes had turned out. The soup was the best! 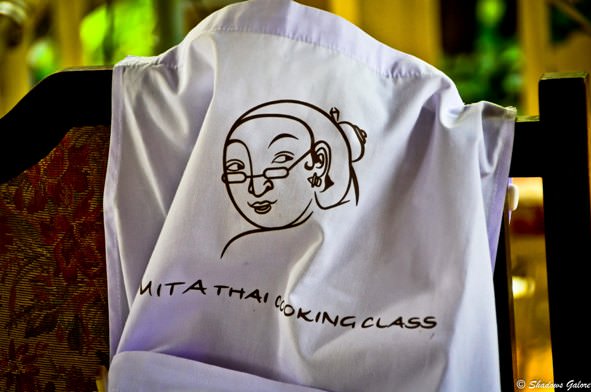 As per the Thai custom, we were served fresh fruits after lunch. We spent some time chatting and shared our experiences. After clicking some pictures we were all set for some experience to burn all the calories we had eaten – Muay Thai Boxing lessons.

This trip and the amazing cooking lesson was courtesy the Tourism Authority of Thailand (TAT). 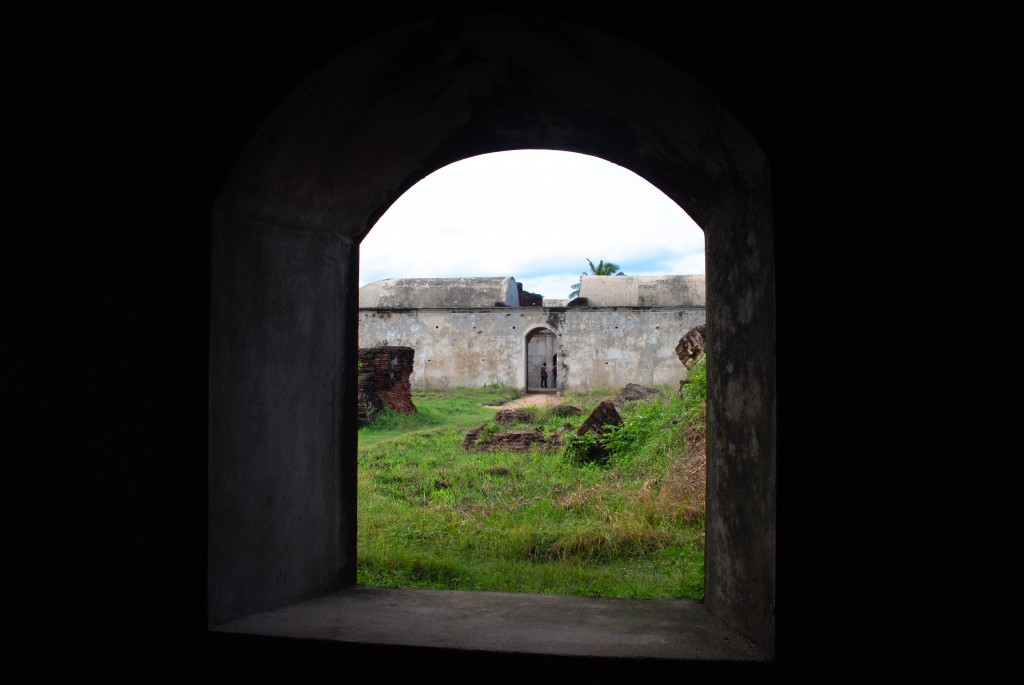 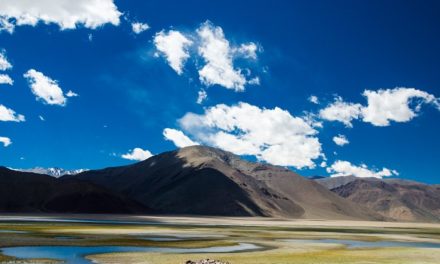 The Road To Tso Moriri 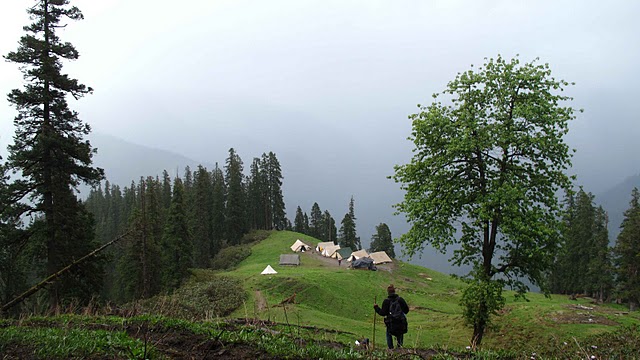 Miles to go before I sleep VIII – Picture Perfect