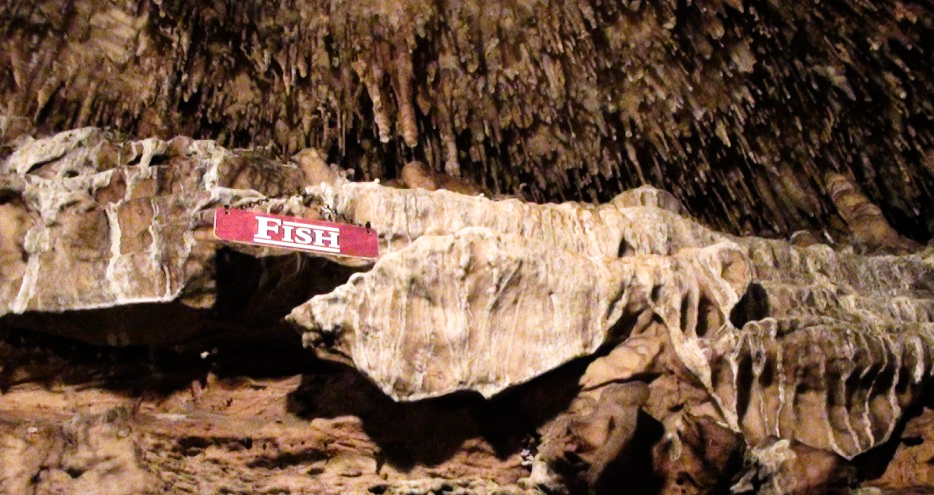 You must have seen many waterfalls plunging down the cliffs of hills & mountains. But have you ever seen an “underground” waterfall? This marvel can be seen at Lookout Mountain, Tennessee, USA. Apart from the waterfall, there are several other awe-inspiring things that attract tourists to Ruby Falls. It is named in honor of Ruby Lambert, wife of Leo Lambert who discovered the falls and the cave.

The amazing journey towards Ruby Falls starts from the Cavern Castle. It is the entrance building of the Ruby Falls cave. The building is designed based on the 15th century Irish castle. It is voted as the “World’s Most Magnificent Cave Entrance”.  The castle is constructed using the limestone, dug out from the cave while making it accessible.

Once the visitors enter the castle, they are divided in groups of 8-10 people. The group then proceeds towards the elevator that goes deep down under the mountain’s surface – almost 1120 feet down!!! While going down, the lift attendant tells at what depth you now are. This further adds up to the excitement. The elevator door opens into a well – lit rocky chamber. A cheerful volunteer greets the visitors here and helps to know each other. Until now, the ambience is just like any other cave. The natural water dripping from the ceiling at some points makes the floor wet. The expressions of returning visitors assure you that the visit is going to be worth.

The group then moves to another hall. This is comparatively smaller and can hardly accommodate 10-15 people. The volunteer shows you the way with her torch as the hall is immersed in complete darkness. After a while a television screen mounted on the cave’s wall lights up. A small documentary unfolds the history of the cave’s discovery. 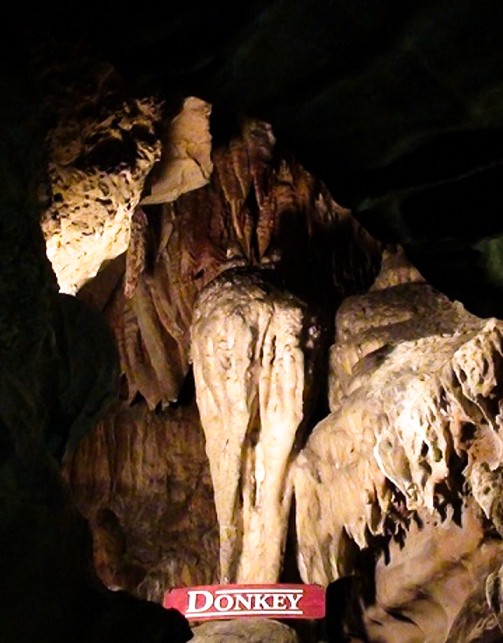 This sealed cave was a reason of Leo Lambert’s restlessness. Leo Lambert was a chemist by profession and a local cave enthusiast. He had participated in cave exploration missions before it was sealed off and was well versed with the rich history of the cave. He wanted to reopen the cave for public. He even formed a company in 1923 to do so. The original entrance of the cave was located at the foot of Lookout Mountain. As per Lambert’s plan, the new entrance would have been above the surface of the mountain and visitors would have been transported to the cave in an elevator. They began drilling in 1928.

In December of 1928, while drilling, a worker found a gap in the rock and felt a flow of air. An opening 18” high and five feet wide was discovered upon further inspection. Lambert along with a few crew members crawled into the cave. What they discovered was astonishing!! They kept moving deeper in the cave and finally reached its end. At the end of a long passage they crawled, was standing a sparkling beauty. The awestruck members returned to the surface to tell the remaining members about their discovery. The entire roundtrip took them almost 17 hours. Imagine crawling in a poorly lit space not higher than 18” for that long!!! But the satisfaction of discovering a natural treasure was much more than the efforts.

The volunteer now guides the visitors into the narrow passage of the cave. The passage opens into a wonderful fairy tale like world of rock formations. You can spot the leaning tower, candle and the cactus, drapes, numerous crystal chandeliers, a dragon’s foot, a fish, a donkey…. all carved out naturally over the years in the limestone. The sensible lighting used in the cave highlights these natural wonders. Here you are standing in a narrow passage among gorgeous rock formations. Sometimes you have to squeeze yourself to give way to the returning visitors. The passage is so narrow that only two people can stand side by side. The queue moves pretty slowly. But no one seems to complain as everybody is busy capturing the photographs of those lovely formations. 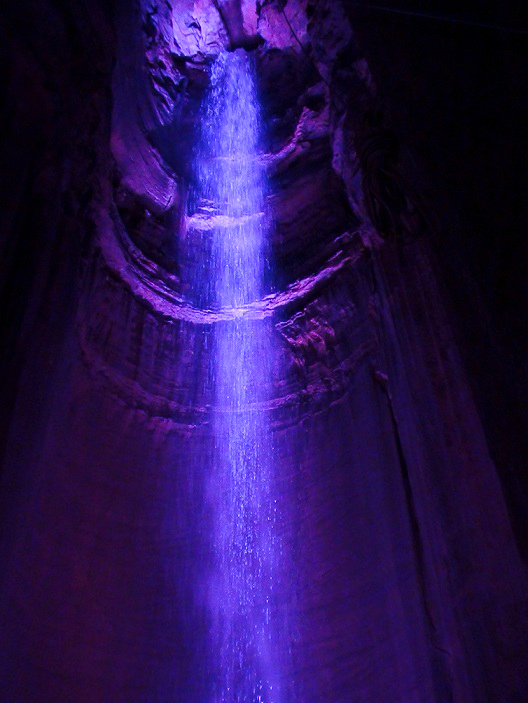 Finally the group reaches to the end of the cave. You can hear the sound of water. But still everything is hidden in the darkness. The volunteer arranges all the group members in a row. A moment passes by and the cave is illuminated to reveal the gorgeous sparkling beauty!! You are in front of the 145 foot waterfall. The quantity of water is not much. But that enhances its glitz. The changing colors of light beam make sure that the fall appears captivating all the time. The falling water is collected in a pool and then it flows down the Lookout Mountain to join the Tennessee River. You can go around this pool and stand right behind the waterfall. From this point, if you look upwards, you can see thousands of gems spilling down. This magical game of water and light leaves you spellbound.

Find Ashwini at her amazing blog: “Tales of a Wandering Mind”