Sigiriya holds an intriguing story of betrayal, fear and revenge in its stone bosom. In 477 AD, Prince Kashyapa staged a coup against his father, King Dhatusena. The old king was walled up alive by his son and the rightful heir to the throne, Prince Moggallana was forced to seek asylum in South India. The patricide made Kashyapa an outcast with the Clergy and Nobility and all his attempts to win the hearts of the people remained futile. In addition to this, he was beset with the constant fear that Moggallana will come back and seek revenge. This paranoia compelled Kashyapa to shift his capital from Anuradhapura to a citadel and pleasure palace, unparalleled in the world, built on a steep rock called Sigiriya (Lion Rock) which would remain invincible against an attack. However, Kashyapa knew that he would not be able to escape the inevitable. Moggallana raised a large army in India and returned to seek revenge. There was a fierce battle in which Kashyapa was defeated. Too proud to surrender, Kashyapa committed suicide by cutting off his throat. After Moggallana became king, the capital was shifted back to Anuradhapura and magnificent Sigiriya was lost under the dust of time. 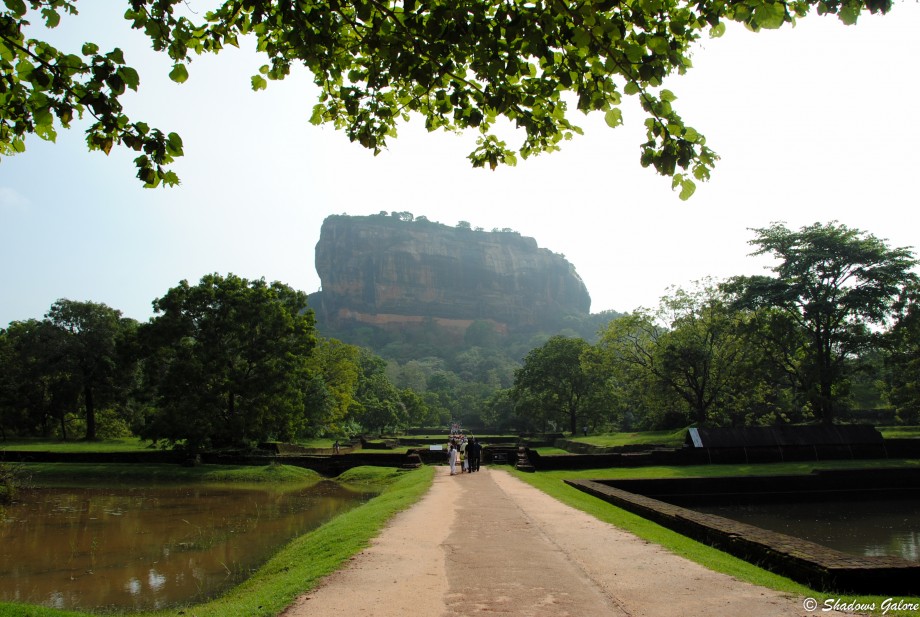 Sigiriya from a distance

This was the story of Sigiriya I had read long back, and today we were standing at its helm. By the time we reached there, it was 9:00 AM. Not wasting any time on frivolous things like a breakfast, we decided to start instantly. The first step was to buy the tickets. Tickets for Sigiriya came to $16 per person for foreigners. However, there is a circular ticket available for $25 which covers Sigiriya, Kandy, Dambulla, Anuradhapura and Polonnaruwa. Since we were planning to visit almost all these places, we took the circular one, with a 50% discount for being Indians!

Sigiriya is a steep Lava rock around 800 meters high with steps going around it, 1200 steps in total. The base of the rock is adorned with three levels of gardens, the oldest landscaped gardens in the world. The names of these gardens are- the Water Garden, Boulder Garden and the Terraced Garden. As we walked through these gardens, we could see the amazing precision with which they were made. Intricate geometrical designs, terracotta water pipes and pressure fountains, all conceptualized more than 2000 years ago! Sometimes the architecture of ancient times makes me wonder whether we are really more technologically advanced now compared to those times. 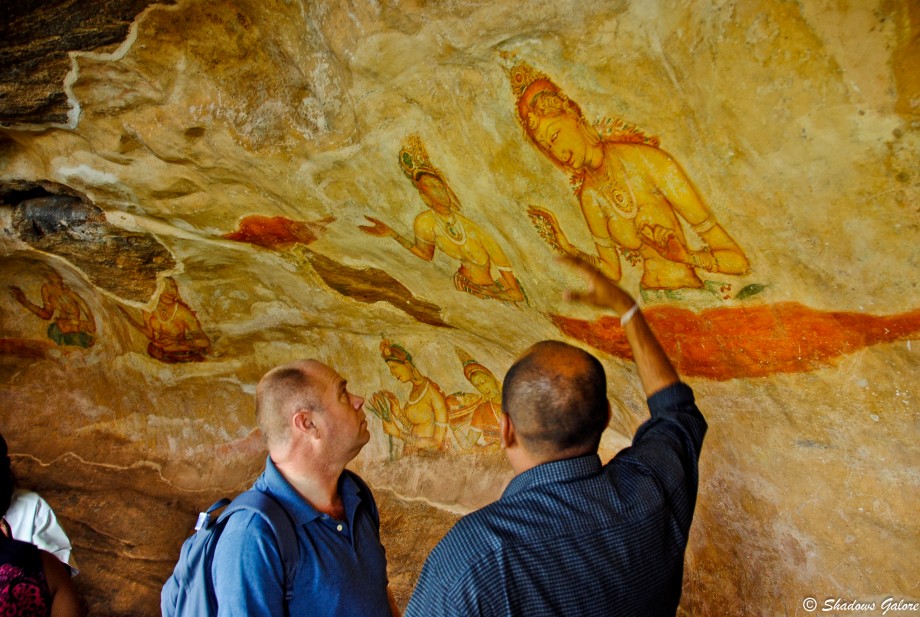 As we started our ascent, the first spectacle we came across after going up through a set of an iron winding staircase was Ancient Wall Paintings. At one time the whole of the rock wall of Sigiriya was said to be covered with these paintings, but most of them got destroyed by time and now only a few remain. These paintings are mostly of women, apsaras et all and are very vibrant and beautiful even now. Catch more of them in our Flickr Photoset. 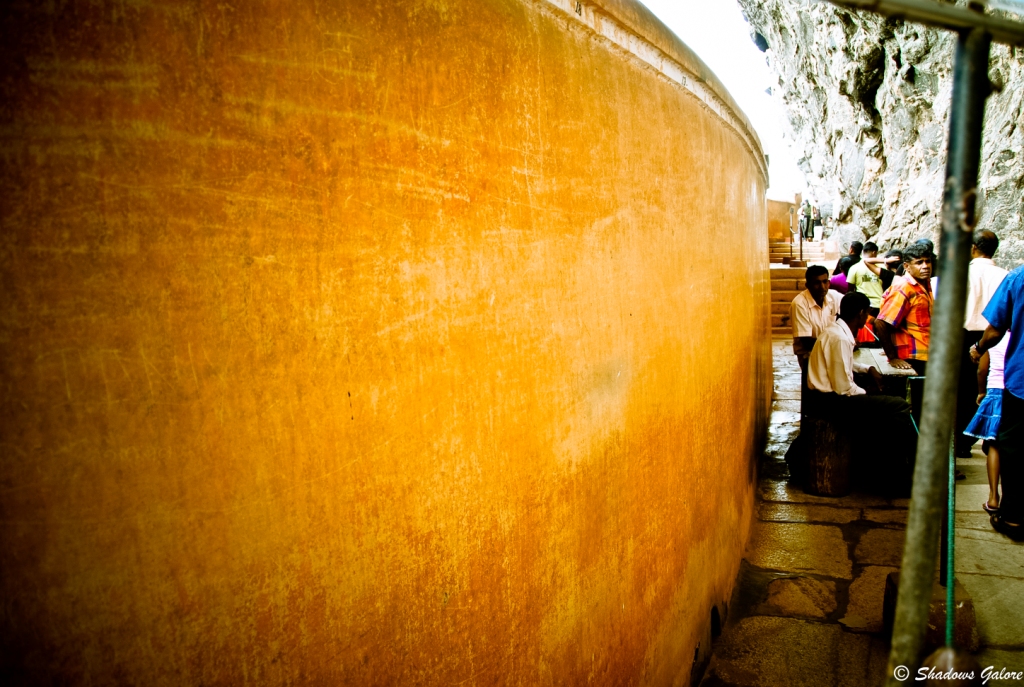 Then we came across the Mirror Wall. In a antiquity, this wall flanked the path going up to the palace all the way up. The rocks on one side were all adorned with beautiful paintings and the wall was polished and glazed in such a way that when the sunlight fell on the paintings, their reflection would come on the wall. The paintings are all gone and now only a small part of the wall is left. It may be interesting to note that there are much graffiti, names and even poems scribbled on this wall by visitors who went to Sigiriya, some as old as 800 AD! I was able to identify a name and date in English from 1917, almost a century old 🙂 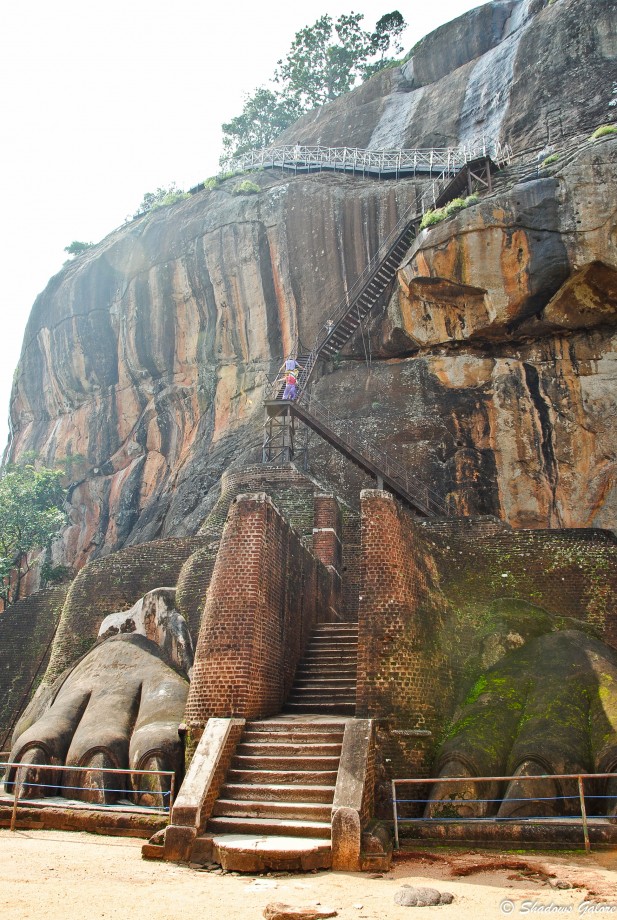 Now we reached the last major stopover before the top, the Lion’s Gate. In its heydays, this majestic structure was in the shape of a Lion, where the visitor would enter through the lion’s mouth towards the Palace. The head of this lion was destroyed long back due to heavy rains and now just the paws and black claws remain. It is from here that we started a steep climb to the top by narrow iron stairs. 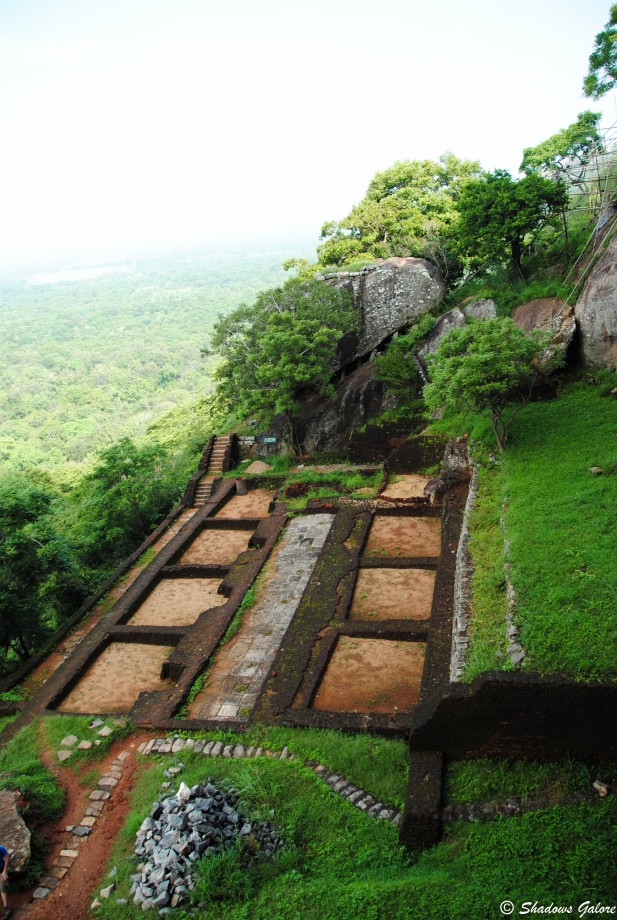 Barracks and the Balanced Rock

From this height, we could see almost all of what was there below. There were barracks for soldiers and watch-holes in the rock where soldiers would climb with the help of ropes. Any guard who took a nap would meet a horrible death with a fall down the rock. We could also see huge rocks being supported by small pillars. In case of an invasion, these pillars were to be removed and the rocks will go down rolling, creating havoc in the enemy army. It seems like Kashyapa was taking really no chances at all. 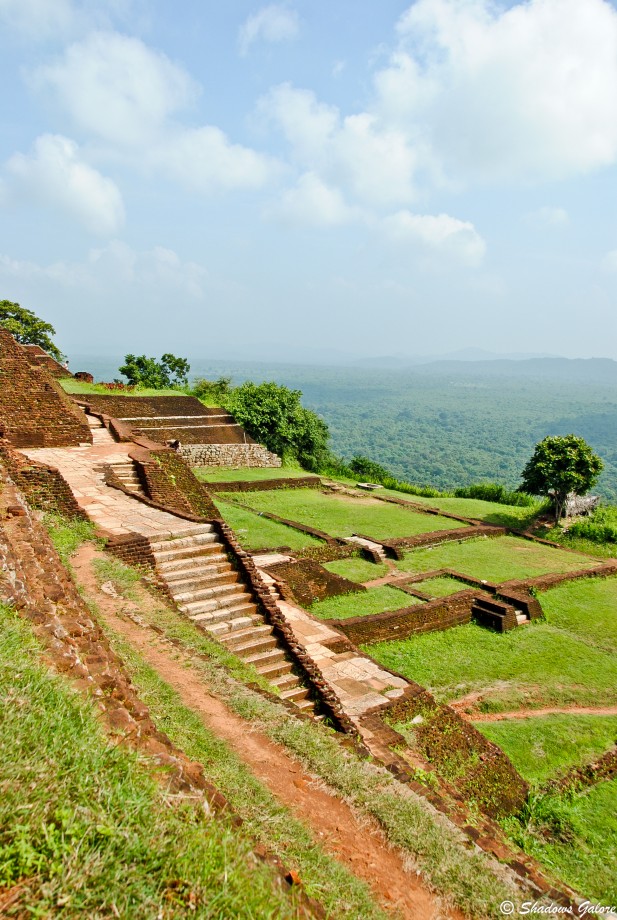 Finally, after around 1 hour, we managed to reach the top of the rock, to the Pleasure Palace. It was an incredible sight. Although not much remains of the palace, as they say, “the ruin tells that the building was magnificent.” There were terraced gardens, Royal chambers and Dance halls, all carved out on a rock. At a point, it almost seemed to me like what I have seen of Machu Pichu. There is something which attracts me to ruins and antiquity, you may not feel the same electrifying effect I felt when I stood there, almost on the top of the world, look at the pictures and decide yourself. 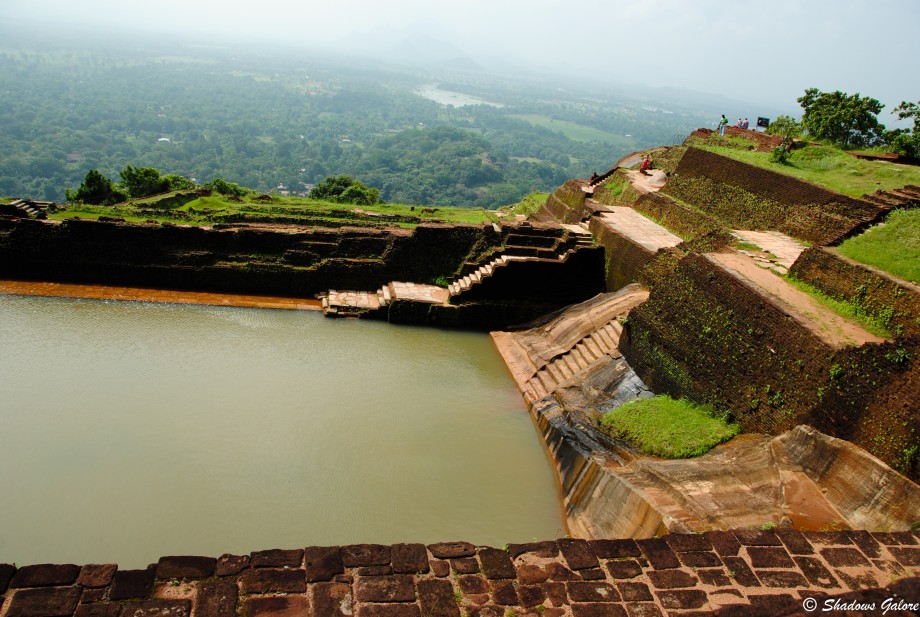 After spending significant time at the top, it was time to start the descent. Needless to say, we came back totally satisfied with the experience. Our next stop was Polonnaruwa, the next destination in the Cultural Triangle of Sri Lanka.