To Ujjain – The abode of the Mahakaal

Planning and execution are two different things in a journey. My trip to Ujjain is also similar to this. In 2004, I planned a trip to the temple of Mahakaal in Ujjain, but it took seven year to execute thanks to almighty God that at last I reach their .

Ujjain stands gloriously amidst other sacred and holy cities of India. The Mahakaal of Ujjain is well known among the twelve celebrated Jyotirlingas in India. In Ujjain, the first thing that strikes you is Mahakaal (Lord Shiva), and all the legends & ancient history that follow, at least to me. So in our quest to meet the Lord, we reached Ujjain, the city which is believed to absolve you of all your past & present sins. 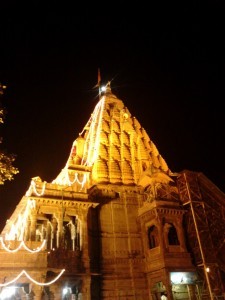 It was 3:00 PM and we were clueless about the city when we first stepped outside the station. We hired an Auto to Mahakaal which cost us Rs 5 each. We asked some vendor to tell us a cheap hotel; they said that the near temple there are a lot of Dharamshaalas, so finding a hotel should not be a difficult task. We hired a double bed room in Nilkanth hotel near the temple for Rs.300. The Hotel owner suggested that we first book our tickets for the morning Bhashm aarti. We reached there but unfortunately we didn’t have the form. Again we were looking for some jugaad but the priest declared that there was no hope for us.

Now we had the whole day to spare and not much to do. Suddenly we saw a shop named Ujjain Darshan, exactly what we were looking for! The rates were Rs 50 each for the 15 main Ujjain temples. But they were waiting for other passengers and it took around half an hour to get all the seats full. The journey began with the first temple which is just 4 min walking distance from the Mahakaal temple. The driver cum guide told us that this was the Vikramaditya temple and just opposite to it was the popular temple Bade Ganesh ji where you can find a panchmukhi Hanuman ji. 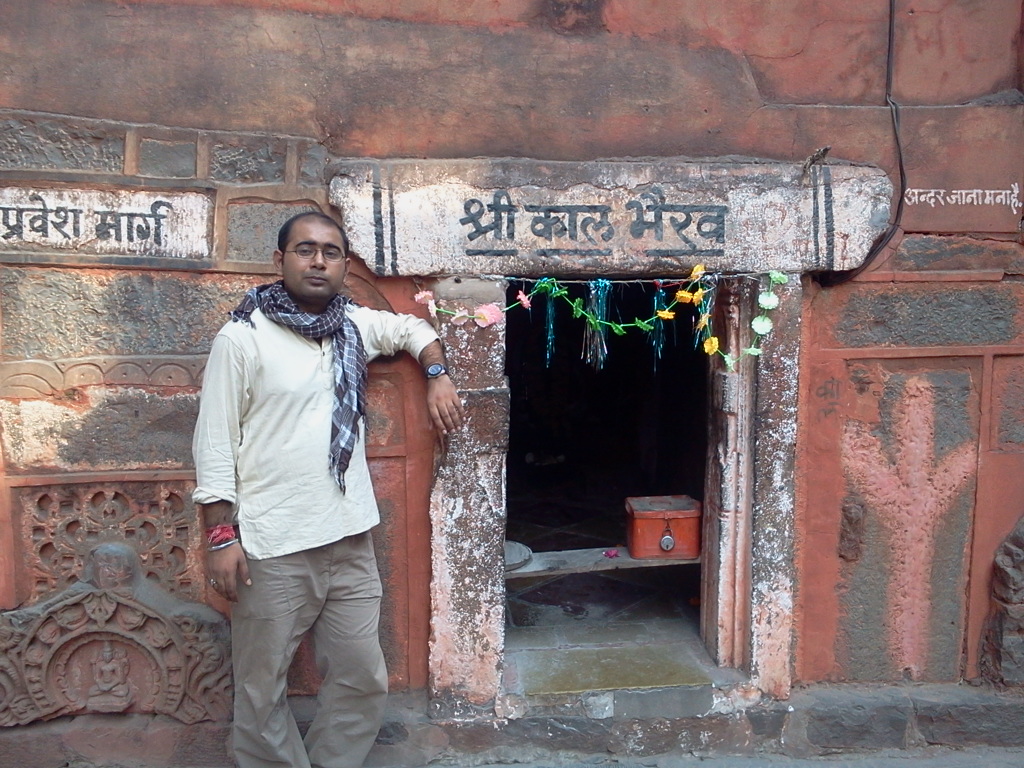 At the Temple of Kaal Bhairav

After this, we crossed Ramghat and entered the Ram Sita Mandir. Behind the temple u will find small handicraft shops selling handcrafted souvenirs. Then we reached the Brtihari caves. It was quite suffocating inside the cave but really awesome outside. Outside the cave, you find the legendary Vikaram Baital and a small temple of Kaal Bhairav. We then moved to some other temples like Harsiddhi Mandir and Mangal Mandir. After this it was time to go to the Kaal Bhairav Temple; and ohh! What a scene! Outside the temple, there were vendors selling wine bottles as it is a ritual to serve wine to god Kaal Bhairav which he actually drinks. I thought it was a myth but I couldn’t believe my eyes by the sight of devotees serving wine to the idol and the whole bowl getting emptied in seconds! 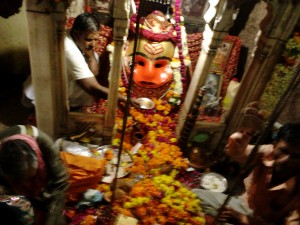 After the visit to various temples finally we reach Mahakaal temple just as the aarti was about to begin. This was what I was waiting for past 7 years! After negotiating through a lot of criss-crossed alleys and barricades we entered the Mahakaal Garbh Griha. I can’t describe the feeling of my first look of Mahakaal. There is no word in my lexicon to describe the beauty of Lord Shiva. It was just overwhelming!

After attending the aarti we visited the numerous small temples in the campus one by one and the decided to attend the last aarti of the day which took place at around 10:30 PM. We waited till midnight and then started for our hotel. Next morning we again went to the temple to attend the morning aarti thus bringing our Ujjain trip to a conclusion.

A Finance Guru who lives in New Delhi. He is an avid traveler and writes passionately about current affairs, politics and economy.